That might as well be young Hollywood's mantra, considering how many starlets love to follow in Lady Gaga's footsteps and go bottomless. We were sure Miley Cyrus had jumped aboard the pantsless train once again on Thursday, when the newly engaged celeb was seen exiting her Miami hotel in an oversized plaid shirt and not much else.

As it turns out (and much to our malfunction-fearing relief), Miley was simply doing a good impression of pantslessness. Photos from the right make her bottoms disappear... but the photos taken from the left (below) reveal a pair of short-shorts hidden beneath her shirt.

Not that we'd be surprised if there weren't. The Disney Channel alum has embraced sexier fashion as of late -- most notably, her most certifiably pantsless look at the 2012 Billboard Music Awards, which included a white Jean Paul Gaulter blazer cut down to there with nothing underneath. 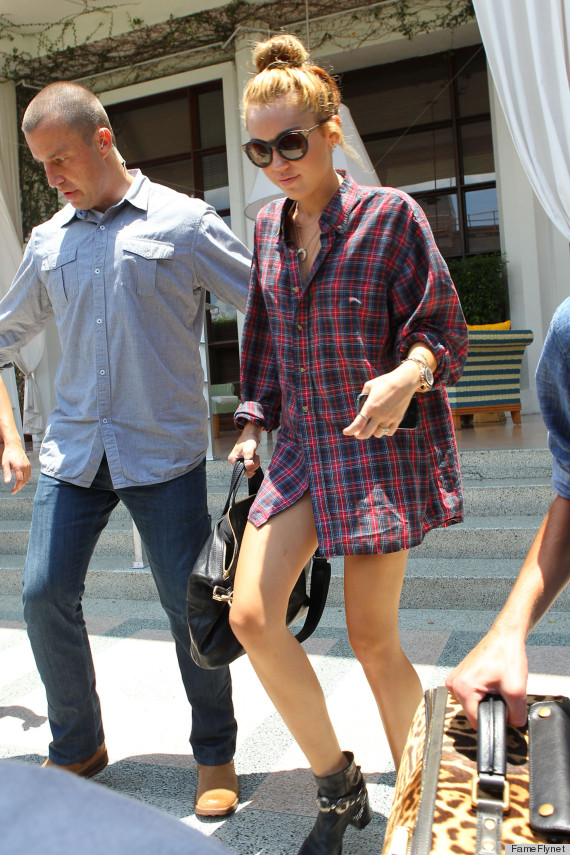 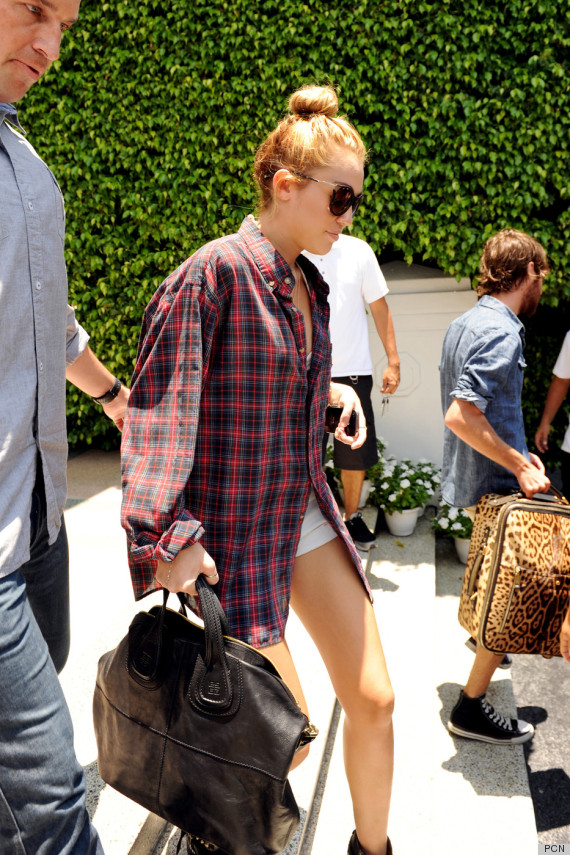 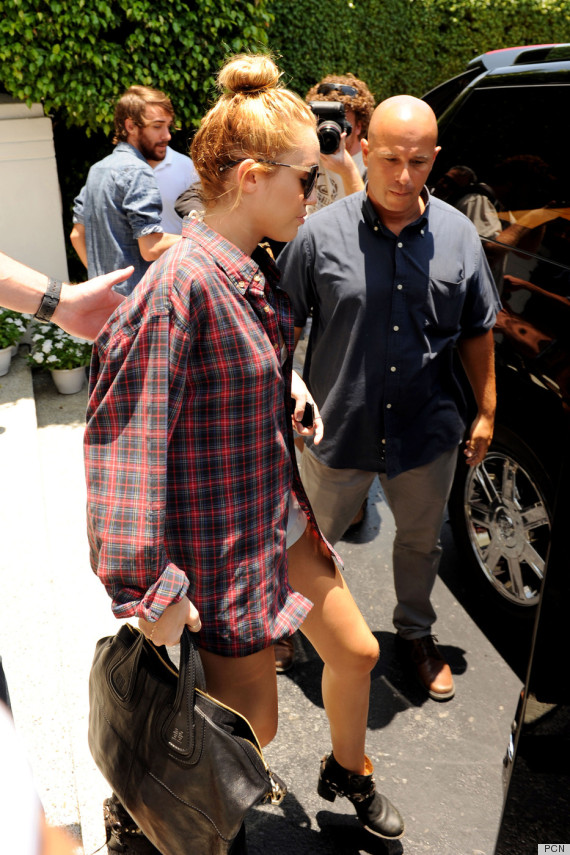