Miley Cyrus was photographed goofing off and posing with fans Monday in Los Angeles after an appearance on Ryan Seacrest's radio show. The 20-year-old maybe-engaged, maybe-not singer is no stranger when it comes to pushing sartorial boundaries. This time, she wore a short white skirt and matching top with a thin gold body chain that appeared to be attached to her necklace.

The singer premiered her new single, "We Can't Stop," on Seacrest's radio show. "Everyone always judges and says what they want, but my fans … have really stood by me no matter what I've been through," she said. "My record is like a movie. It's a story of what I’ve been going through the past two years." 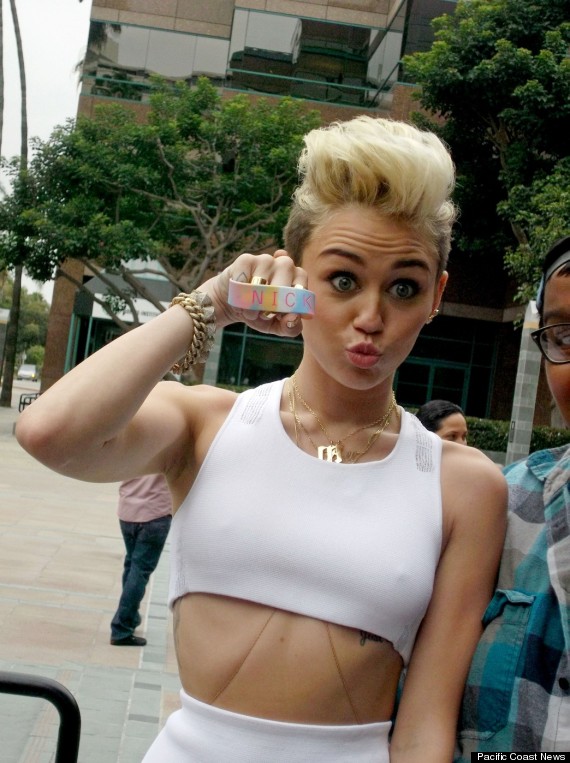 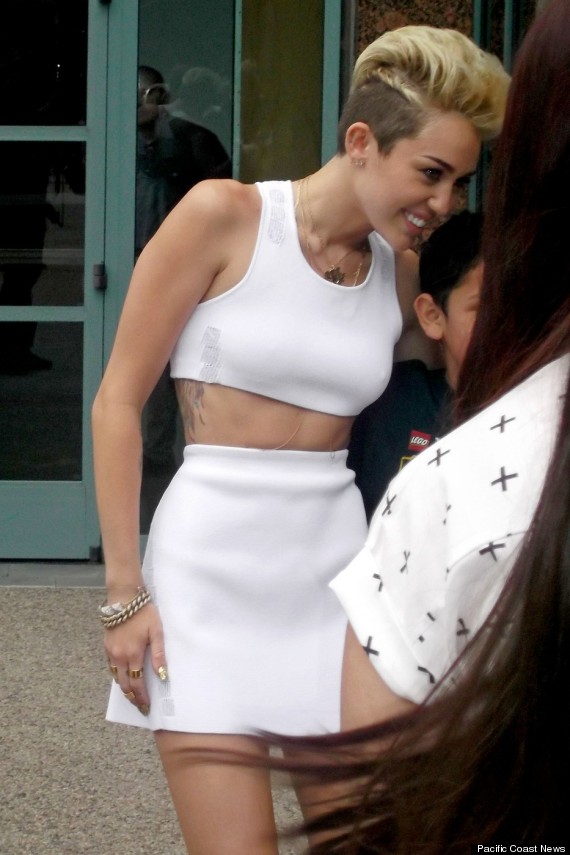