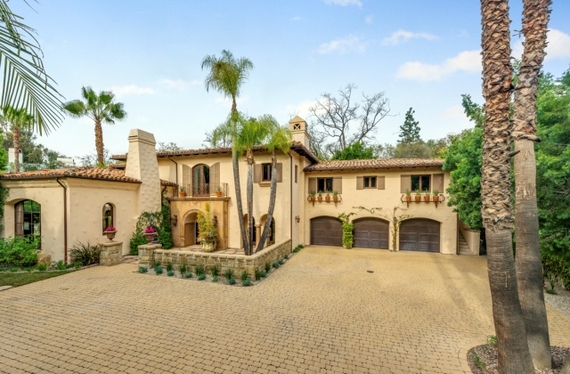 It's just Miley being Miley!

The mansion was purchased by Miley's parents in 2007 for $5.838 million, but according to property records the home was handed over to Miley in 2012. The Cyrus crib officially hit the market on January 19.

The beautiful Tuscan compound isn't exactly what you'd imagine the party girl living in. The outside of the home has a whimsical old-world feeling, with wrought iron accents, copper rain gutters, a Juliet balcony and ivy climbing some of the home's exterior walls. The gated estate spans 8,700 square feet and has a security system with plenty of cameras to ensure ultimate privacy, a luxury the Disney actress could surely afford. Beautiful landscaping and tall palm trees add to the Cyrus residence's feeling of peace and tranquility, a few more adjectives you wouldn't necessarily associate with someone who "came in like a wrecking ball." 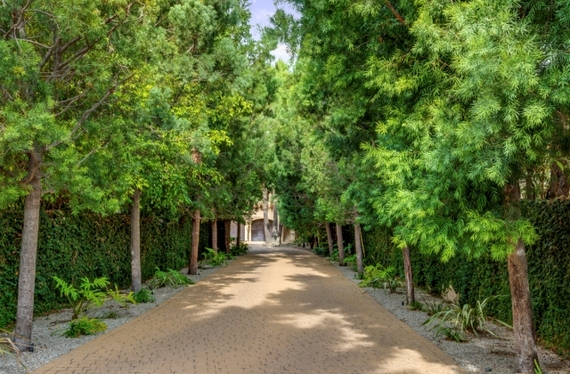 The interior of the mansion is also more traditional than one would expect from the girl who always has her tongue sticking out. It may have been handed over to the 22-year-old performer in 2012, but many of the rooms look like they have been influenced by her father, country music singer Billy Ray Cyrus. The photo below shows one of the rooms decorated with guitars. 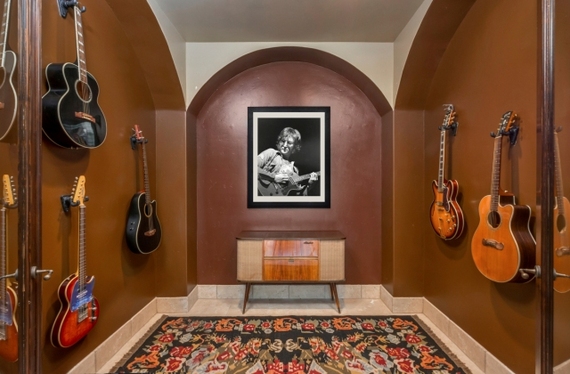 Of course Ms. Cyrus' home comes with a few fun amenities, such as a home theater decorated with red velvet, an outdoor pool with an entertainment area AND a half-pipe for skateboarding. It's possible the half pipe was built for her brother, Trace, or her sister, Noah. 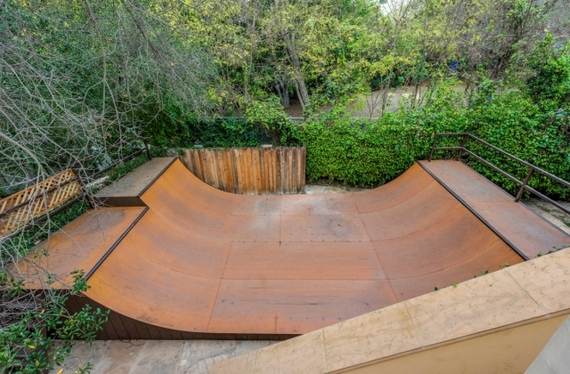