Miley Cyrus' tour has taken her down to Florida, and it looks like the "We Can't Stop" singer probably should stop … spending time in the sun, that is.

Cyrus shared a topless selfie on Twitter to show her fans just how dedicated she's been to getting that perfect tan. Unfortunately, Cyrus has fallen victim to the beast that anyone who has visited Florida should be all too familiar with: sunburn.

The 21–year–old has good reason to be nervous about making her quick changes without further irritating her day glow skin, especially after missing her change all together and performing in her underwear at her Milwaukee show on March 9. The "Wrecking Ball" singer is scheduled to perform in Tampa on Thursday, March 20, and will head down to Miami for a show on Saturday, March 22.

Shall we introduce her to our friend aloe? She's already a fan of green …

Miley Cyrus' Topless Selfie Is Her Hottest Yet, But Not For The Reasons You're Thinking
Awkward Tans, Sunburns and Tan Lines 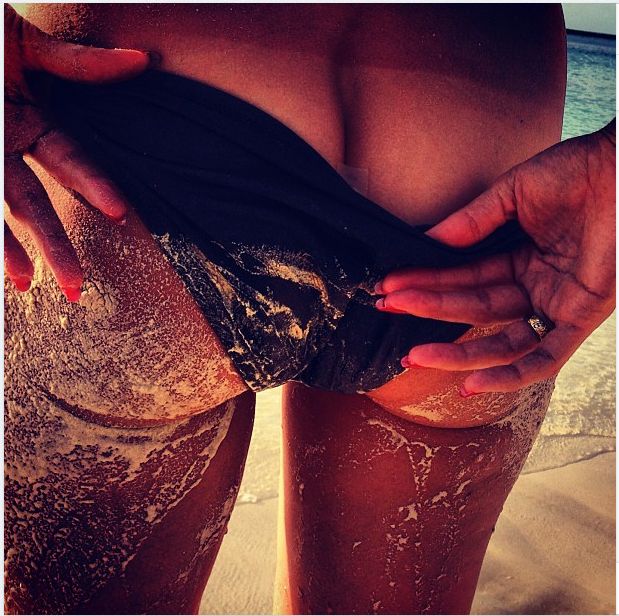