Miley Cyrus has stripped down once again, and this time she's topless, channeling Marilyn Monroe for the March 2014 issue of German Vogue.

On Thursday (Feb. 6), photos from the 21-year-old pop star's photo shoot with famed photographer Mario Testino hit the Internet, and they did not disappoint. The artistic shots feature Cyrus lounging in a racy sheer black dress while the need for any imagination has been tossed out the window as she also poses with her bathrobe completely open.

The "We Can't Stop" singer has spoken about her fondness for being in a state of undress at length, most recently telling Ronan Farrow in her W magazine cover story, "We never were inside, and we never wore shoes. I think it’s why I like wearing no clothes so much and I’m always naked."

The singer also posted an outtake from her W magazine photo shoot, in which she's similarly topless and in bed with two men.

Head over to ONTD for Miley's NSFW topless photo shoot in German Vogue. 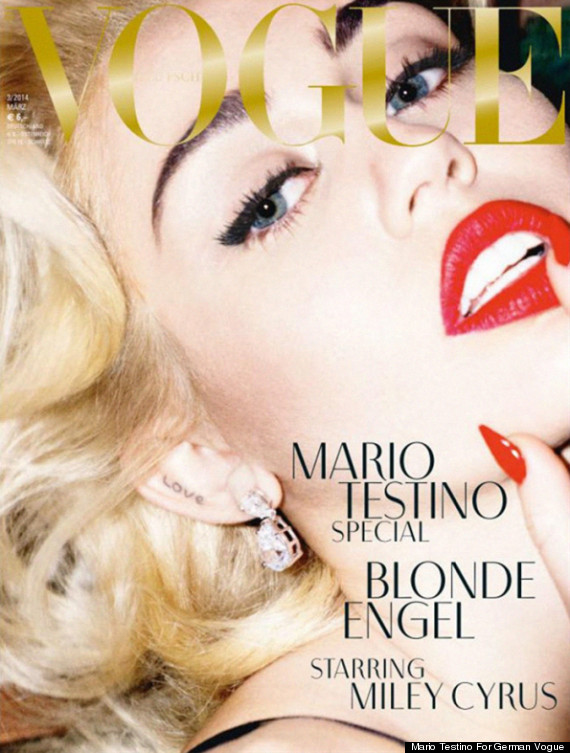 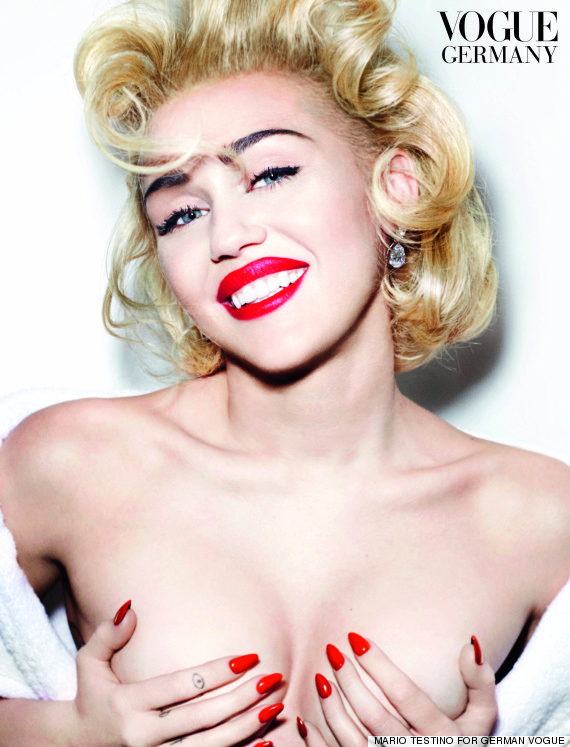