Miley Cyrus is pushing the envelope again, but this time, it wasn't exactly intentional.

The star took the stage during her March 9 Bangerz Tour performance in Milwaukee, Wis. wearing a particularly revealing outfit that appeared to just be a bra and panties ... because apparently, it was just her bra and panties.

No, that's not a new costume; that's the absence of a costume. After the performance, Cyrus took to Twitter to tell her fans what happened. She admitted that for the first time, she couldn't complete her costume change quickly enough and had to run out onstage in her undies when her next song began to play.

not a new outfit for 23 😁😁😁 I didn't make my quick change and I couldn't not come out for the song so I just had to run out in my undies :(

Never happened to me before. But I love my fans as much as they love me! I couldn't miss 23 ❤️

The lingerie set wasn't really racier than Cyrus' planned outfit. Several fan videos of Cyrus' "23" performance in various cities show that all she was actually missing from the costume was a pair of cutout chaps. 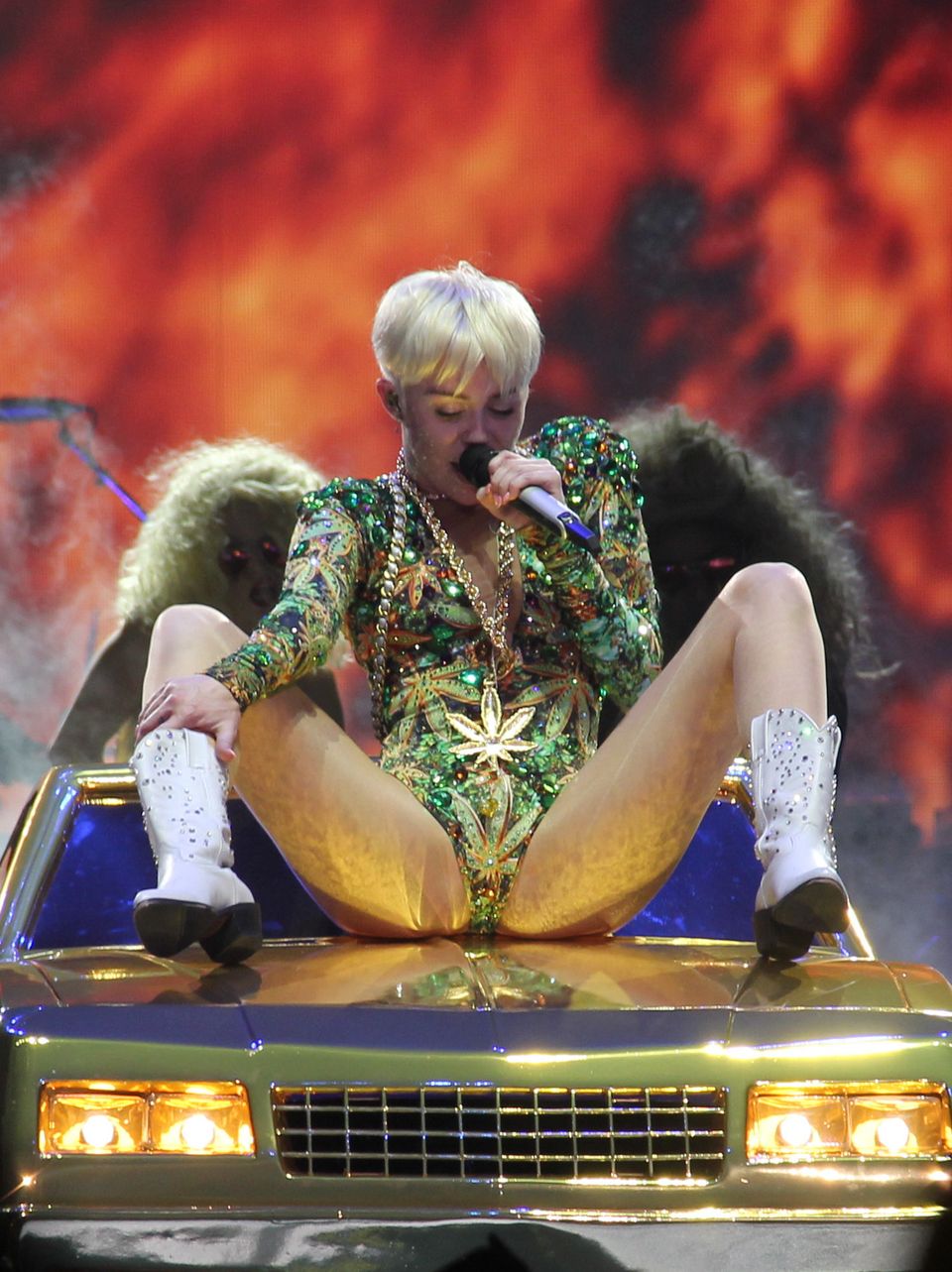