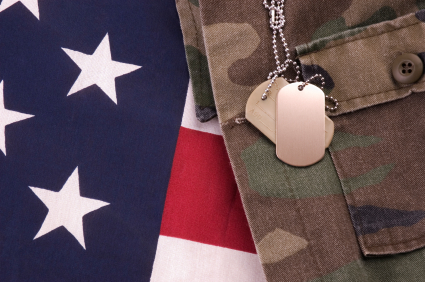 In a March 1 blog, Time Magazine's Joe Klein reported that "during the month of January, more soldiers committed suicide (24) than were killed by enemy fire in Afghanistan and Iraq combined (16)." Sadly, this upsetting statistic comes as neither a freak occurrence nor a great shock, as it points beyond itself to a longstanding, painful trend. Over the past five years, the army suicide rate has doubled, an alarming increase that has made suicide an unavoidable subject in the military. Panic and disbelief seem to be normal reactions to this news, as it leaves each of us to shake our heads in dejection, silently wondering why this is happening and how we can stop it. Here, I will try to address these concerns and answer these pressing questions.

First, what is driving these military men and women to end their lives? It's no secret that the highly stressful, often traumatic conditions of war can have a physiological effect on one's mental health. The stress soldiers endure releases chemicals in the brain that impact mood and impulsivity, making it more likely for them to engage in or act upon destructive inclinations.

When a person is suicidal, they are in a detached, disassociated state in which they are experiencing severe self-critical thoughts often telling them that they are no good, that they do not matter or that they don't belong. Soldiers often experience thoughts that they are a failure, weak and to blame. The general attitude of the military, in which individual human interests are subjugated to the greater value of the unit, can thus contribute to a feeling of hopelessness or a lack of self-worth.

Additionally, a soldier who has any unresolved trauma or grief in his or her past may be more heavily impacted by the agonies of war and more vulnerable to developing post-traumatic stress disorder. It's possible that many of the soldiers fighting in Iraq and Afghanistan are among those more at risk, as during the Bush administration, the mental health screening process for soldiers was made more lax to meet the increasing demand for recruits. It's likely that in this shuffle, some recruits were accepted in spite of pre-existing mental health conditions. When soldiers who are already suffering from or who are susceptible to emotional distress are placed in high-stress situations, it's clearly a recipe for disaster.

Add these conditions to the fact that soldiers are continually being redeployed and re-exposed to the horrors of a war that is notoriously unpopular among the public. The effect of this destructive cycle isn't only experienced on the battlefield but also back home, where long absences and personality shifts take their toll on relationships. This combination of factors is sure to increase soldiers' stress and depression levels, as they pin their hopes on an ending that does not come or does not turn out as they had hoped.

So what can we do? First of all, everyone who is entering, exiting or currently serving in the military could be assessed in terms of suicide risk. Walter Reed Army Medical Center is currently using the Firestone Assessment of Suicidal Intent (FASI), a scale I developed with Dr. Robert Firestone and Joyce Catlett of The Glendon Association to test individuals' suicide risk. Screening is important, as soldiers who are in trouble may be hesitant to ask for help from fellow soldiers or military superiors. As Dr. David Rudd wrote on March 3rd for USA Today, "The military is not a culture that embraces perceived weakness or illness; it's contrary to the notion of an effective fighting force. Perhaps that fact not only highlights the escalation in military suicides - an almost 40% increase in the Army alone from 2007 to 2009 - but the apparent ineffectiveness of traditional approaches. It's time that the Department of Defense and Army, despite their best efforts, think more creatively."

Thinking more creatively and acting more effectively would involve providing immediate help and intervention to those at risk. Therapists should talk to susceptible soldiers directly about suicidal thoughts and impulses. The therapy they receive should additionally address and treat the underlying pain that's driving their suicidal behavior. We've learned from the Air Force, which began addressing the problem of suicide several years ago and has since been successful in dramatically decreasing the service's suicide rate, that when the therapist and patient work collaboratively rather than following the typical hierarchical structure of the military, they are more likely to reduce the risk of suicide.

Anyone treating suicidal soldiers should keep in mind that they may only have one chance to intervene. Whenever we encounter a suicidal individual, it is vital to help him or her make a safety plan. The steps involved are:
1. Looking for things that occur naturally in the soldier's daily life that make him or her feel better: an activity in which he or she can engage, people with whom they can spend time and friends with whom they can talk.
2. Asking the soldier to commit to implementing these actions before he or she takes action to hurt him or herself.
3. Providing at risk soldiers with a way that they can reach their therapist. They should also have the veteran suicide hotline number (1-800-273-TALK).
4. Helping soldiers to trace out what stimuli trigger the suicidal thoughts and what increases their sense of desperation. In therapy, when soldiers uncover the roots of these self-hating thoughts that encourage self-destructive behavior, they begin to reconnect with a more positive sense of self and to feel compassion for themselves. It's important to remind them that their lives have value and meaning. The goal is to give them hope that they can feel better and provide the tools they need to envision a positive future.

With 30 percent of U.S. soldiers expected to develop serious mental health problems within three to four months of returning home, the problem of military suicide may very well outlast the gunfire of both wars. As soldiers return from Iraq and Afghanistan, a new struggle begins to reintegrate our troops with their families and their communities. As this occurs, we must look for warning signs of suicide and learn how we can help someone at risk. The most essential thing to communicate to soldiers who are suffering is that no matter how unbearable their pain may feel, treatment is available, and, in spite of whatever guilt, trauma or shame they carry with them, they can feel better.