The unemployment rate among veterans who had joined the military after Sept. 11, 2001, averaged 9.0 percent last year, down from 9.9 percent in 2012, the Labor Department said. That was about 1.6 percentage points above the rate for the civilian population.

Joblessness among this group is set to worsen as the war in Afghanistan winds down. Pentagon's proposed budget calls for the U.S. Army to shrink to around 450,000 from a war-time high of 570,000.

The Obama administration and the U.S. Congress have pushed forward an array of measures, including tax credits for companies employing veterans of the Iraq and Afghanistan wars.

"There is still much work to be done for our nation's youngest veterans," said James Jones, co-chair at the non-profit Call of Duty Endowment in Arlington, Virginia.

"These brave young men and women bring tremendous value to the workplace and it is the job of executives and hiring managers alike to promote their worth and eradicate the still-evident discrepancy in employment rates."

Call of Duty Endowment helps veterans find careers by supporting groups that prepare them for the job market.

Research by Federal Reserve Bank of Chicago economists last year found that veterans deployed overseas for prolonged periods struggled to find work because of the traumas of war, as well as training that did not readily translate into the civilian world.

Among 9/11 military veterans, women suffered the most from high joblessness, with an unemployment rate of 9.6 percent in 2013. That compared to 12.5 percent in 2012. Unemployed female veterans were concentrated in the 18-34 age group last year.

The unemployment rate for men was 8.8 percent, down from 9.5 percent the previous year. Unemployment was high for men in the 18-24 age group, with the rate at 24.3 percent. 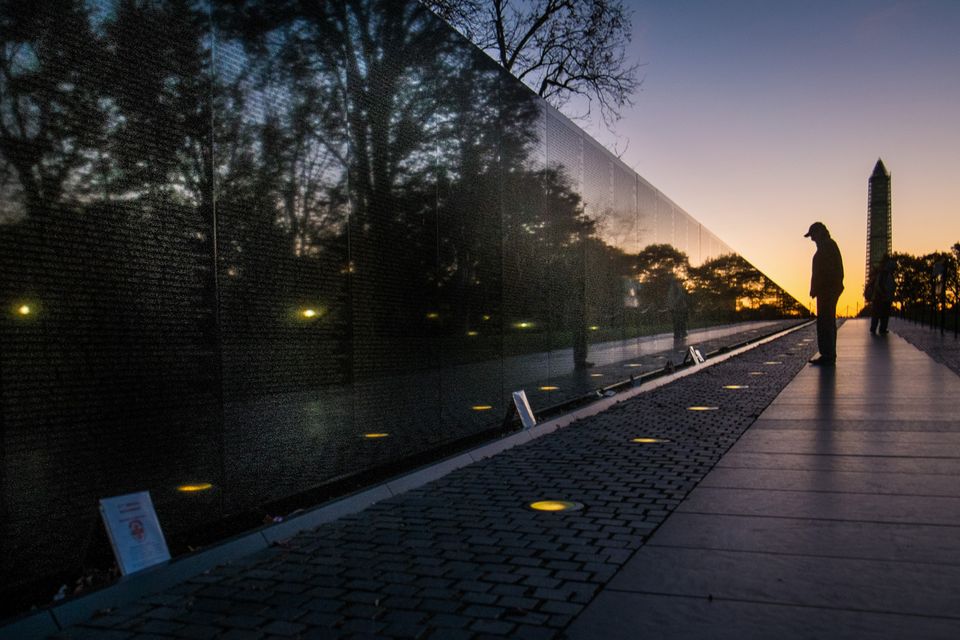 1 / 16
A visitor at the Vietnam War Memorial in Washington passes early in the morning on Veterans Day, Monday, Nov. 11, 2013, to look at the names inscribed on the wall. Several ceremonies are scheduled in the Nation's Capitol to honor those who have served in the U.S. military including a wreath laying at Vietnam War Memorial. The Washington Monument is at right. (AP Photo/J. David Ake)