Women have been flying military aircraft since 1942. The WASPs, or Women's Airforce Service Pilots, ferried 12,650 fighter and bomber planes all over the US, Canada and overseas when needed. They also instructed Air Corps pilots and towed practice targets for combat pilots.

However, women were limited to noncombat roles.

Over the course of time, the nature of warfare has changed. Women have become an integral part of the armed forces.

But the final frontier for female aviators was to fly the coveted combat fighter jets and bombers.

In December of 1991, Congress removed the ban on women in combat aircraft with the passage of Public Law 102-190, but the Department of Defense policy still prohibited women from taking combat aircraft assignments.

However, on April 28, 1993, the policy ban was finally lifted by then-Secretary of Defense, Les Aspin. Chief of Naval Operations Admiral Frank B. Kelso was the first to act on this order, placing the Navy ahead of the other services, and opening up opportunities to women who wanted to fly fighters and live their dreams of military careers out on the leading edge.

When the combat exclusion clause was lifted that prohibited women from flying, I was at the top of my flight school class and fully qualified and positioned to go fly fighters. I was one of the first women to become a United States Navy combat pilot assigned to fly the venerable F-14A Tomcat on and off of aircraft carriers.

Little did I know at that time that by 'choosing combat jets' I was giving up my rights to privacy and the right to defend my reputation. 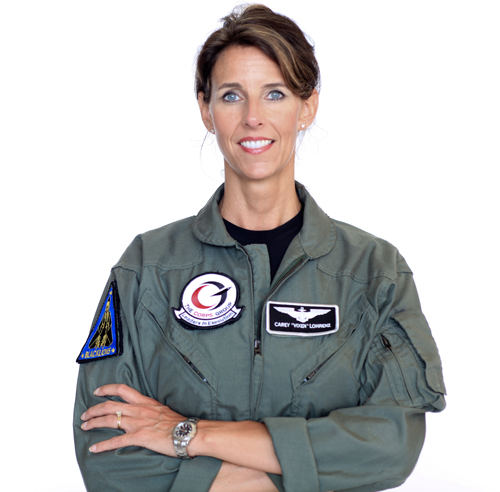 When I tried to defend myself against false allegations made against me, the D.C. Circuit court held that when I became one of the first female combat pilots in the United States Navy, I assumed the risk of public scrutiny and therefore became a 'voluntary limited-purpose public figure' under defamation law. In our country's history, only a handful of military officers have been denied their right to privacy due to their military service. I am one of them.

This issue takes on even greater importance today as our military is again considering expanding women's role, this time by inclusion in front-line ground combat forces. Recently, the United States Marine Corps announced that women will be permitted for the first time to attend its Infantry Officer Course in Quantico, VA.

There will be those who will work tirelessly to see these women fail. There will be 'haters.' Although unfortunate, that is to be expected; it's one of the many prices to pay for being a pioneer. But there will be women falsely maligned by those who wish they had not succeeded, and these soldiers will have virtually no legal recourse. They will not be permitted to maintain the rights to privacy enjoyed by the men serving on their left and right, and they will not be able to legally and publicly defend their reputations because they will be legally labeled as Limited Purpose Public Figures. We owe it to our courageous servicewomen to educate them on just what serving their country may cost them.

Being one of the first women to fly a combat fighter aircraft, I learned to recognize the difference between effective leadership and poor leadership. Strong leaders do not permit witch hunts, react emotionally to problems that surface in the media or "slow-roll" policy implementation. What makes policy changes successful is strong leadership. If there is to be a formal policy change permitting women to serve in new military capacities, it will be incumbent upon senior military leaders to ensure that policy is implemented successfully and with minimal disruption. I believe they are more than up to the task.

Major policy changes are where the most critical senior leadership challenges begin. This is especially true when a policy change significantly alters the military's social norm, as was the case in the repeal of Don't Ask Don't Tell, and as will be the case when women are permitted to serve in front-line ground combat forces. The coming years will reveal the strength of today's senior military leadership as they navigate the choppy waters of implementing these policy changes, while protecting the young pioneers who are bravely volunteering to blaze a trail in the service our country.