The best 3D map yet of the center of the Milky Way galaxy has revealed a tasty surprise: the heart of our galaxy looks like a cosmic peanut.

Two international teams of astronomers discovered the nut-shaped nature of the Milky Way's core, which is known as the galactic bulge and packed with 10,000 million stars, using telescopes operated by the European Southern Observatory. The scientists released a video animation of the Milky Way galaxy's peanut-like core to highlight the new galactic map.

"We find that the inner region of our galaxy has the shape of a peanut in its shell from the side, and of a highly elongated bar from above," study co-author Ortwin Gerhard, of the Max-Planck Institute for Extraterrestrial Physics in Germany, said in a Sept. 12 statement. [Photos: The Milky Way Galaxy's Core Revealed]

"It is the first time we can see this clearly in our own Milky Way." 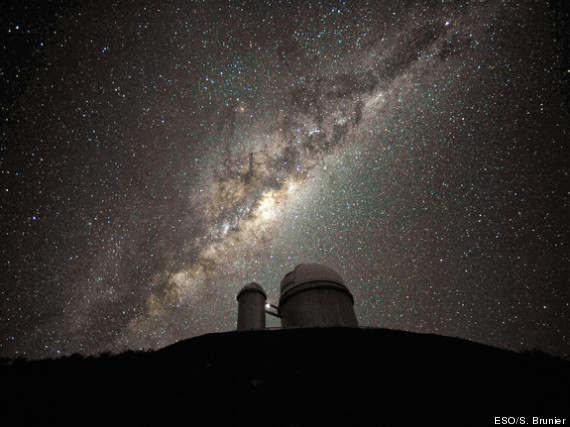 The galactic center and bulge above the ESO 3.6-meter telescope.

Only 27,000 light-years away — relatively close from an astronomical perspective — the center of the galaxy is shrouded by clouds of gas and dust. The dense clouds block shorter-wavelength observations, such as those made in the visible spectrum, allowing only longer-wavelength measurements, such as near-infrared wavelengths, to penetrate its depths.

Gerhard and principal investigator Christopher Wegg, also of the Max Planck Institute, used the Vista Variables in the Via Lactea Survey (VVV) in the near-infrared taken by the European Southern Observatory's VISTA telescope in Chile to identify 22 million red giant stars, which are dying stars at the final stages of stellar evolution, at the center of the Milky Way galaxy. Stars 30 times fainter than those recorded on previous surveys were visible. Their research will appear in an upcoming issue of the journal the Monthly Notices of the Royal Astronomical Society.

"The depth of the VISTA star catalog far exceeds previous work," Wegg said in the statement. "We can detect the entire population of these stars in all but the most highly obscured regions."

Wegg and Gerhard relied on the well-known properties of this particular class of red giants to calculate their distances, using their distributions to map the galactic bulge.

"This is the first time that such a map has been made without assuming a model for the bulge's shape," Wegg said.

In a second study, published in the journal Astronomy & Astrophysics, astronomers reviewed images taken over more than a decade by the MPG/ESO 2.2 meter telescope in La Silla, Chile. By measuring tiny shifts in the stars that make up the galactic bulge, the international team was able to map out more than 400 stars in three dimensions.

"This is the first time that a large number of velocities in three dimensions for individual stars from both sides of the bulge has been obtained," principal investigator Sergio Vásquez, of Pontificia Universidad Católica de Chile, said in a statement. 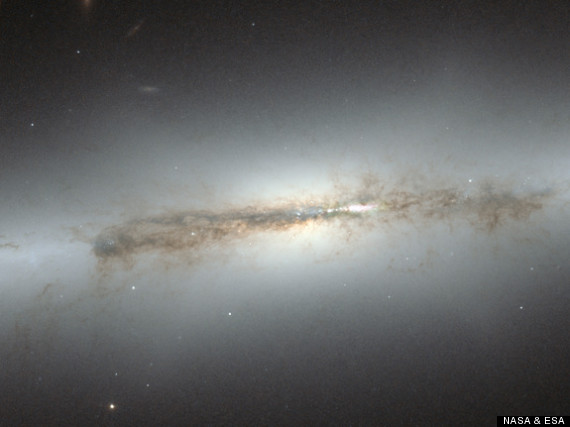 "The stars we have observed seem to be streaming along the arms of the X-shaped bulge as their orbits take them up and down and out of the plane of the Milky Way."

"Simulations in our group and by others show that this shape is characteristic of a barred galaxy that started out as a disc of pure stars," Gerhard said.