How big is the Milky Way? Way bigger than we thought, it seems.

Surprising new research suggests that our home galaxy is about 50 percent bigger than previously thought, spanning some 150,000 light-years across rather than the 100,000 light-years that has been the generally accepted number.

We know quite a lot about the Milky Way, so how can it be that we're just now realizing that we were so wrong about its size? It turns out that what seemed to be concentric rings of stars surrounding our galaxy's bulging center are instead concentric ripples--and that means the galaxy doesn't end where we thought it did.

"If there are ripples, then it looks like the number of stars in the (presumed flat) disk drops off quickly, and then farther out where the disk ripples back up it looks like a detached ring of stars appears," Dr. Heidi Newberg, professor of physics, applied physics, and astronomy at Rensselaer Polytechnic University in Troy, NY, told The Huffington Post in an email. "We now understand that the galaxy didn't end; the disk is just going up and down--in and out of our view." 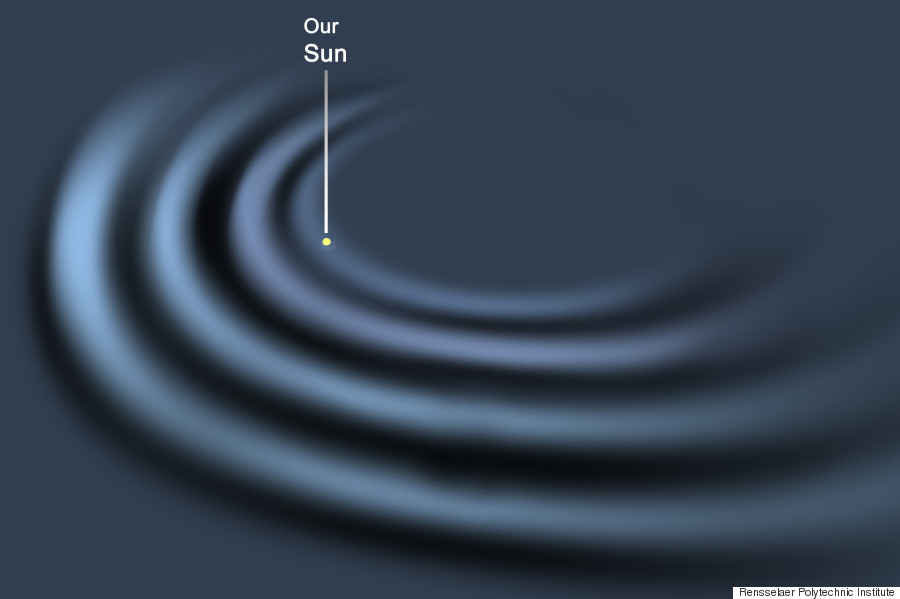 Illustration showing the density of light in the Milky Way. 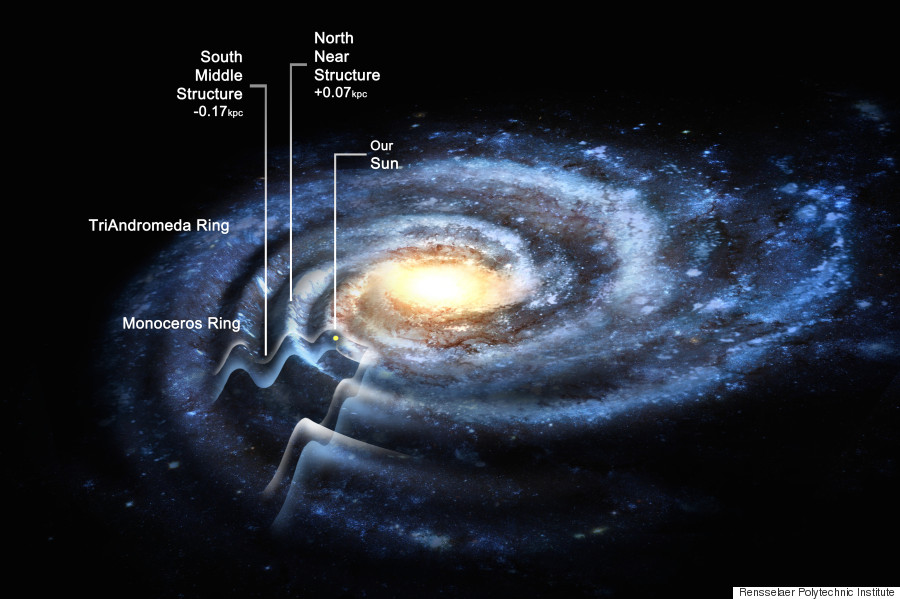 Illustration showing how regions of low density may actually be evidence of a corrugated structure.

"In essence, what we found is that the disk of the Milky Way isn't just a disk of stars in a flat plane--it's corrugated," Newberg, the leader of the international team of scientists who conducted the research, said in a written statement, adding that the corrugations seemed consistent with previous theoretical research suggesting that a dwarf galaxy or dark matter passing through the Milky Way would produce galactic rippling.

The new research--published March 11 in The Astrophysical Journal--was based on a careful analysis of data from the Sloan Digital Sky Survey, a collection of astronomical observations made by the Apache Point Observatory in Sunspot, N.M. The survey has created the most detailed three-dimensional maps of the universe ever made, according to its website.

What do other astronomers make of the finding?

In an email to The Huffington Post, Dr. Jay M. Pasachoff, professor of astronomy at Williams College in Williamstown, Mass., called it "exciting" and offered his own interpretation:

"Our sun has been thought to be about two-thirds of the way out in our Milky Way Galaxy. Now we learn that we are really halfway out. Our galaxy extends further out than we had realized. If you think of our galaxy as a 9-inch dinner plate with us two-thirds of the way out, unable to see far through the plate's disk, we now learn that the plate was really 12 inches across."

Eat it up, astronomy buffs! And if you want another helping (and have 20 minutes to spare), you can watch Dr. Newberg explain the finding in the video below.