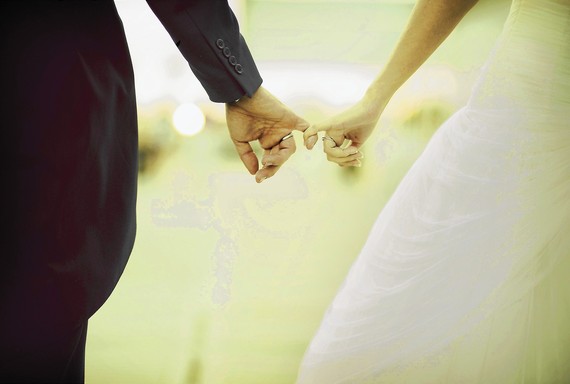 It's Friday night at a local nightclub in Los Angeles, California. The club is full of millennials who are here to unwind from a long week of work alongside their friends. Many of them are in committed relationships, are successful in their careers and all have one thing in common -- no one is married.

While this new wave of unmarried millennials may seem like an isolated issue to most parents of millennials the trend is far from isolated. A recent study was conducted and it revealed that only 20 percent of Americans are getting married before the age of 20. To make matters even worst it has been reported by the Pew Research Center that 40% of those who are currently unmarried mistaking believe that marriage has become obsolete. But has it? No one really knows, yet.

With the decrease in marriages we have also seen an increase in cohabitation. Couples are now more apt to consider cohabitation as their next stage in their relationships before they begin to consider marriage. In the midst of this cohabitation often comes children, which has continued to transform the traditional family model by leaps and bounds.

As we take a look at how marriage has transformed in just the last 60 years it is no surprise that it appears marriage loses its value with each and every generation. In the 1960s 1 in 10 people were not married but in 2016 1 in 5 don't wear the title of singleness.

In order to understand where we as a country are headed as it relates to marriage one must first understand what exactly has led to the decline in the desire to wed and the reasons vary depending on who you ask and what generation they come from.
When surveying several millennials on marriage and why they are so afraid to say I do several answers were given leaving me to wonder if marriage could actually be becoming obsolete as the Pew Research Center reported.

Marriage is too permanent.

In a society that changes and changes quickly it should be no surprise that millennials believe marriage is too permanent. Many millennials come from families and parents who have been married for 20+ years and having to face the reality that marriage could possibly mean they will never be able to have their options open again is frightening especially to those who have commitment phobia.

Marriage is just a piece of paper.

Yes, marriage is legal on a piece of paper but depending on your religious belief marriage is also the sacred union between man and women. It solidifies the relationship and biblically it's the one thing that makes you one with your significant other. Marriage is more than a piece of paper; however, many millennials often engage in the activities that should be exclusively engaged in during marriage (examples: sex, sharing finances, living together, etc.)

Marriage Requires Too Much of a Financial Obligation

If you take a moment to scroll through some of the most popular millennials on social media you could see exactly why marriage may seem more like a financial downfall than a financial upgrade. Celebrities and social influencers alike have created a world to display that promotes a message that you should only focus on "me, myself and I" leaving many millennials to believe that marriage could paralyze their selfish ambition once they become married.

This is by far one of the most interesting reasons that many millennial men seem to have when it comes to marrying their girlfriend of x amount of years. Taking one look at diamond buyer reviews you will quickly see that price is often a selling point when men purchase rings. You do want to purchase a great quality ring for your bride to be but it could also be hard to please your millennial bride if she's caught up with keeping up with the Kardashians.

So is the decline in millennial marriages enough to make us worry about the decline of the family unit? Maybe not yet, but it does send a strong message that millennials simply aren't interested in doing things on anyone else's' time but their own.