Like many Americans, I'm fresh from a Labor Day weekend spent with family. Multiple generations gathered in Watch Hill, R.I., including my 15 Millennial nieces and nephews. It was an interesting few days as a marketer.

Recent headlines have zeroed in on the Millennials and the Baby Boomers, and which group we should be paying more attention to. Every day, seemingly, there's a new report on the power and importance of the Millennials -- that $200 billion market -- and this generation's unique wants and needs. On the flip side, Women's Wear Daily recently ran a six-page cover feature on the 55-plus cohort, which apparently outspends any other generation by $400 billion and controls approximately three-quarters of American's wealth. Ignore them at your peril, says the report.

So which one is more important? And how do they differ? I'd been thinking this through as I drove out to Rhode Island, only to find myself presented with the contrasting generational mindsets in living color over the weekend. The next few days were revealing.

Reports, including our own JWTIntelligence studies of Millennials, go a long way to picking out key characteristics, but personal insight can be just as valuable.

The first thing that hit me was the difference in our relationship with technology. At the beach, I left my devices in the house, happy to have some time away from them. All the Boomers did the same, enjoying the opportunity to detach from the outside world. Not so for my nieces and nephews, who spent much of their time Tweeting, Instagramming, playing online games, texting. Social media was omnipresent, the third guest in any conversation -- it didn't happen if it wasn't documented by a selfie. There was a constant one-upmanship about having the latest app. The younger the kids, the faster they were at switching between devices.

Then there were our attitudes to brands. Fast food, cosmetic brands and even toothpaste were among the products my younger family had read about online and on which they were highly opinionated. I was informed that a certain brand of toothpaste was bad for me, that I shouldn't use sweetener in my coffee and that the food packaging from our barbecue was bad for the environment.

It drove home just how knowledgeable the Millennials are and how high their expectations of brands. I've been using the same toothpaste all my life, and it has never occurred to me to look up its ingredients online.

Understanding Millennials is front and center in the minds of many CEOs. McDonald's is struggling, and many say that's because it has lost relevance with Millennials, who have migrated to Chipotle and Five Guys. The Millennials are also worrying the mortgage industry because, after all, many are so indebted that they will stay renters for life, or at least late into their 40s.

The bigger issue is Millennial attitude and priorities. It's not simply that Millennials aren't buying cars, it's that they don't see buying a car as a priority. I'm typical of the Boomer generation: I couldn't buy a car soon enough after getting my driver's license. It was the ultimate symbol of freedom. Millennials, by contrast, are just as likely to see a car as an unwanted responsibility; they're happy to rent through ZipCar if they need to.

Similarly, it's not simply that they can't buy property, it's that the traditional American Dream -- the one I grew up with -- of owning a house with a white picket fence is no longer relevant to them. They'd rather rent an urban micro-loft and spend their money on travel and eating at organic farm-to-table bistros. Besides, the global economic crisis showed the volatility of buying a house as an investment.

The Millennial view is, Why buy it if you can borrow it? They are finding new ways to navigate their life and maintain great lifestyles using sharing platforms because they've let go of the idea of owning things permanently. And by doing so, they are sidestepping traditional institutions and business models in favor of names like Lyft and Rent the Runway. This generation is the masterminds of the Sharing Economy.

It's a challenge for brands to not only understand but also respond to -- especially if it actively conflicts with traditional ways of making profits. But for me, this makes it all the more exciting. As a marketer, and Global CEO of JWT for the past 13 years, these kinds of changes are what drive the industry forward. Keeping an eye on change is what's kept JWT relevant for 150 years.

Who will win out between the Millennials and Boomers? In many ways it comes down to cultural dominance, and in this sense Millennials are much more influential. The Boomers have always wanted to act younger, while Millennials show no desire to behave like older generations or borrow cues from them. Already, in lots of ways, Boomers are migrating to Millennial behavior.

Boomers are increasingly health-conscious. More are joining social networks (some 43% of people aged 65-plus use social networking sites, more than triple the percentage who did so in 2009, according to the Pew Research Center). They are more tech-literate than ever: 28% of adults aged 55-64 own tablets, according to Pew, and this percentage is rising every year. Like the Millennials who prioritize travel, restaurants and experiences in their spending, Boomers are downsizing, selling their homes and traveling the world, spending $157 billion annually on trips.

Retailers, including Macy's and Saks Fifth Avenue, are investing millions in adopting an omnichannel strategy to reach Millennials, who shop on their smartphones and tablets, in store and at home. But increasingly Boomers are shopping in the same way. Perhaps this is down in part to the rise of multigenerational living. As the new JWTIntelligence report "Meet the New Family" notes, the number of Americans in multigenerational homes has doubled since 1980. The kids are teaching the adults. 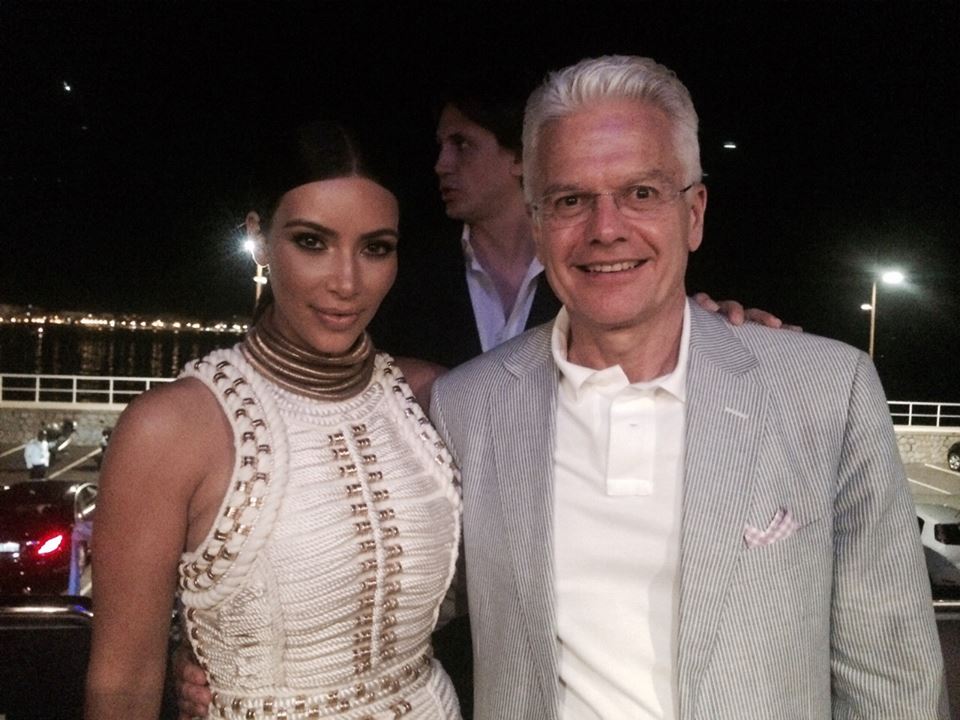 Baby Boomers are also migrating to Millennial icons. At Cannes Lions this year, Kim Kardashian made an appearance at a party. There was a line of fans waiting to meet her, and they were mainly over 50. I was fortunate enough to get my picture taken with her -- a fact that has rendered me an instant legend among my millennial nieces and nephews who promptly shared it with everyone they knew. (Forget that I am CEO of a global company, this was way more impressive.)

Boomers may be a powerful market, but they are also a migrator generation. I loved the break from technology over the weekend, but I still took note of several apps that my nieces and nephews use -- and bought new toothpaste. I've also come to embrace the joys of using Uber. Meanwhile, I didn't see any of my nieces and nephews taking notes from me. If marketers are aiming for a mass mindset, the future -- whether you're young or old -- is Millennial.