You read a lot these days about the existential ennui of Millenials: professionally uninspired, overburdened with student debt, politically jaded with the lowest home-ownership rates in three generations and a general sense of cynicism about their futures. But for two early thirty-somethings the future is as bright as an environmentally friendly LED bulb. 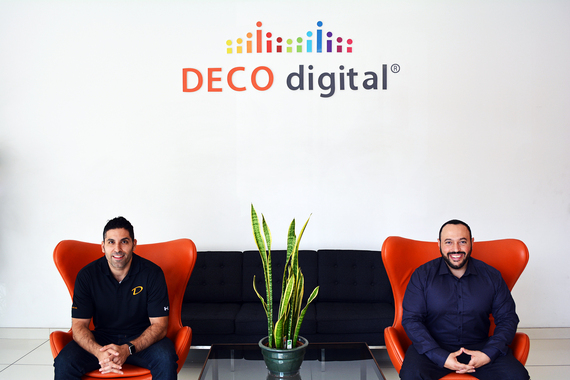 Ben Pouladian and Sam Sinai are the owners of Deco Lighting, a multi-million-dollar company they started out of a warehouse in Gardena, California eleven years ago when the two (who happen to be cousins) both were overcome by the doldrums of working in the finance industry and dreamed of light at the end of the tunnel (apologies for the obvious pun). Sam is an effervescent dreamer with aspirations of using the proceeds from the company to fund his numerous ideas for social change and Ben is a pragmatist who wants to use his knowledge of electrical engineering to change the way the world consumes energy. Sam wears two-toned French cuff shirts and is focused on cultivating a culture of innovation while Ben sports the non-nonsense polo shirt and khaki pants of a practically-minded engineer concerned with efficiency and the best possible product. You can almost hear the musical theme from the Odd Couple playing...well perhaps a techno remix of it. They are Millenials after all. 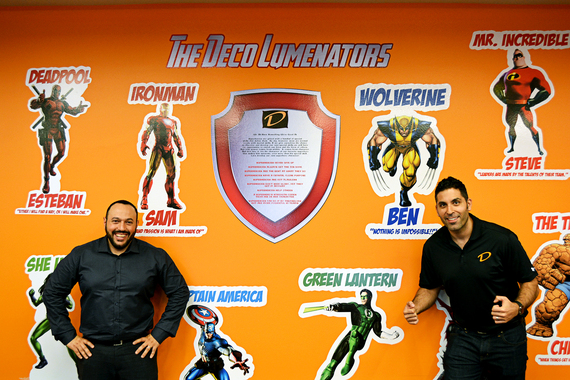 Their story follows the arc of several social phenomena stereotypical of the generation. Ben, after graduating from UC San Diego with an electrical engineering degree, went to work for a big investment house in San Francisco advising private companies on the viability of taking their offerings public. It was existentially unfulfilling to say the least. "It was cubicle hell, think of the movie Office Space. I went to work every day to see overly competitive analysts clawing and scratching for success but there was no sense that we were trying to do anything to make the world a better place."

Being the son of immigrants from Iran Ben came from a family that had a long tradition of creating their own employment opportunities so that they could always be self-reliant. "I kept seeing other entrepreneurs coming to the firm to get the capital they needed to realize their own dreams. My Dad was essentially taunting me from the sidelines saying that if I was ever going to be truly happy I had to create something for myself. So when the financial bubble burst I waited for my severance and decided to strike out on my own. I knew I wanted to do something that showed a commitment to the triple bottom line and that would allow me to feel like I was creating jobs, creating a new technology that would reduce greenhouse gasses and help me feel like I was in control of my own destiny."

Meanwhile Sam, who had the same family tradition of self-reliance and entrepreneurship had graduated from UCLA and gone to work as a financial advisor for Morgan Stanley before deciding to use his twenties to see the world. A Persian-American kid who grew up in Santa Monica he moved to China, learned Mandarin and observed the manufacturing industry there. It was on his international sabbatical that he hatched the idea that perhaps bringing digital lighting back to the states and finding ways to innovate the lighting industry was where his destiny lay.

The timing for the two was perfect...

The cousins' paths intersected and with a small loan from their family they started Deco Lighting with a handful of employees and the audacity to believe they could succeed. The early days were long, hot and sweaty, with both guys spending hours upon hours personally hand-assembling the component parts of the digital lighting fixtures they had designed and calling anyone and everyone that they knew on their iPhones to make deals and sales.

While they toiled to build their own company they saw many of their friends and peers go to work for companies like Facebook and Zappos where the corporate culture defined the reputation of the company. They dreamed of bringing the same spirit to a company based in the lighting industry, in America, and incorporating fun and their loves for comic book characters and super heroes into the fabric of the corporate culture. 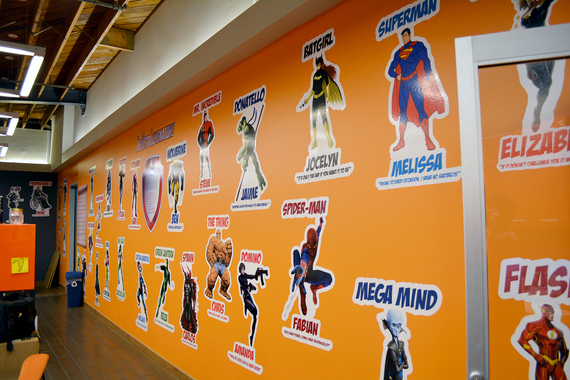 Over a decade later the little warehouse in Gardena is long gone, replaced by a massive manufacturing facility in Commerce, California whose interiors rival the main offices of Uber and Google for modern architectural design and spunk. Graphics of superheroes and comic book characters adorn the walls and a little Yorkie-Poo named Thurston Howell, IV trots around the office, popping into business meetings to greet visitors. 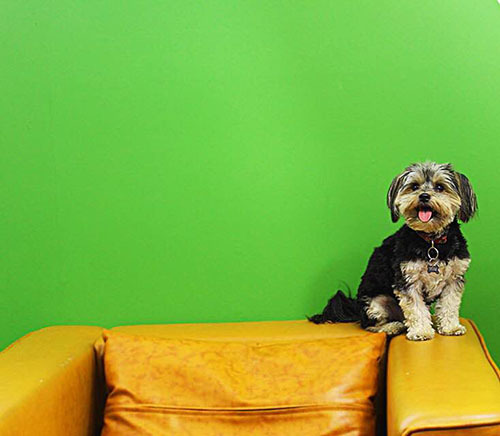 A Maserati and a Tesla sit side by side in the parking lot in specially marked spaces for the CEO and President (Sam and Ben respectively) and over a hundred employees walk through the gates daily to manufacture the Deco product line. It's a strange but refreshing hybrid of the golden age of mid-century American manufacturing and post-modern Silicon Valley corporate culture. 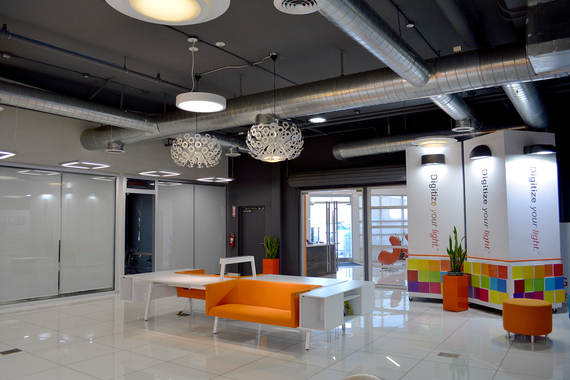 Is this the future of American manufacturing? Who knows. But Ben and Sam sure hope so. They have mortgaged their lives on the belief that they will make this work. While many companies engaged in the manufacturing industry, and the lighting industry in particular, have fled the United States for countries with more forgiving tax laws and labor regulations Ben and Sam have sought to keep alive an endangered species of sorts, a family-owned manufacturing business in the heart of Los Angeles that provides its employees with benefits ranging from healthcare to continuing education to a culture on par with that found in many Silicon Valley tech firms. While their competitors pack up shop and head for Mexico and China Ben and Sam have been hiring their lay-offs.

To many, the path Ben and Sam have chosen to take may seem risky if not foolish. Why stay in California? Why manufacture in America? Why create a culture for an assembly line?

"Why not?" says Sam. "The trend for the past couple of generations has been to take manufacturing out of America but we want to be the generation to bring it back. And frankly, people don't tend to think of the lighting industry as being very sexy...well we want to bring the sexy back to lighting. Every industry has its leader, the automotive industry has Tesla, for computers it was Steve Jobs, for space exploration its now Elon Musk. I plan on joining those ranks. " Spoken like a true Millenial or at least what Millenials once aspired to sound like.

Sam is planning a trip to Haiti later in the summer to break ground on a plot of land the company has donated towards that will be the site of an orphanage on the outskirts of Port au Prince. Ben actively involves himself in charities that fund cancer research such as Cycle for Survival.

Again one might ask, are these guys the future of manufacturing in America? Only time will tell but the business world is certainly taking notice. They were just nominated for the Ernst & Young Entrepreneur of the Year Award, up against the likes of Michael Dubin of Dollar Shave Club and Ian Siegel of ZipRecruiter. Manufacturing and the lighting industry today may be a far cry from the days of the union assembly worker and the GE production line but that doesn't necessarily have to mean its dying. And perhaps two young guys with a factory, an engineering lab, some super heroes on the walls and a passion for lighting and life might be able to spark a resurgence in interest amongst Millenials in manufacturing in America again. 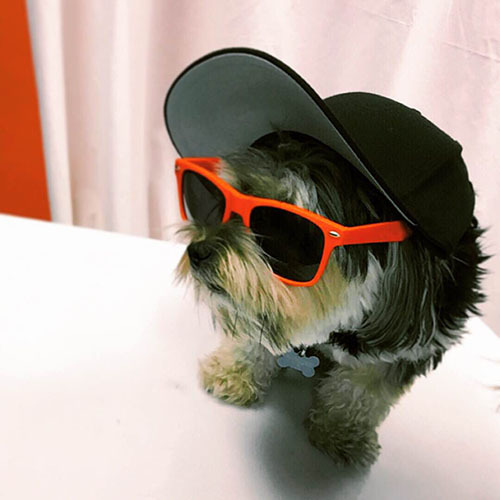