America's scouting report of recent has been a land of hills and valleys to say the least. We're all well aware of the domestic issues at hand because every uproar comes with a hashtag in today's day and age.

As a nation we've had to endure the terrorist acts of the Charleston shooting but we've also been able to relevate in the Supreme Court's decision to declare same sex marriage as a constitutional right. The Supreme Court also worked to keep Obama Care alive.

As the Supreme Court continues to work for nationwide changes amongst all age groups and communities, our efforts from a millennial's perspective consists of social media enthusiasm.

Times haven't changed, publicity has. As a result my greatest fear is that we continue to confuse activism with socialization. The media has made it seemingly instant to turn a handful of witnesses into hundreds of thousands of innocent digital bystanders. But above all, the most troubling thought I've come across is - why is tragedy the real trigger behind love?

It seems as if we only see true unity after Dylann Roof's moves towards separation. Before Bree Newsome's spidey senses, retail stores only teetered on the idea of removing the Confederate Flag off of their online stores (where Nazi related items are still sold). 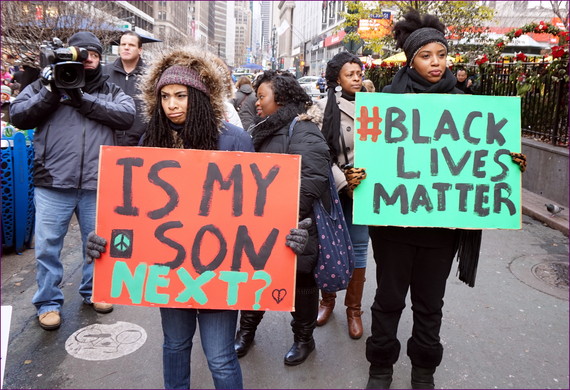 Prior to these events, our sense of urgency only extended as far as our keyboards would allow us for the most part. That Instagram post is the new protest poster and that tweet made is usually the degree of our personal contributions towards the bigger difference.

What change does social network activism really evoke? There's no doubt that awareness is brought to these situations that need to be brought to light, but often that awareness substitutes action. We're quick to assume someone else is making the needed change or that we aren't enough to spur the change ourselves.

As you can see I didn't dive into the depth of the troubling racial/social instances that have engulfed our country this year. I'm more focused on how we as the people can work together to preach pro-activism rather than action in hindsight.

Maybe these words will push the next person to make the change that we need to build systems in our nation that promote a more positive lifestyle for all. Or maybe these words will simply be appreciated for what they are and then brushed off. Either way, we can all agree that millennials have influence in numbers, but can we use it to make CHANGE rather than CHATTER.