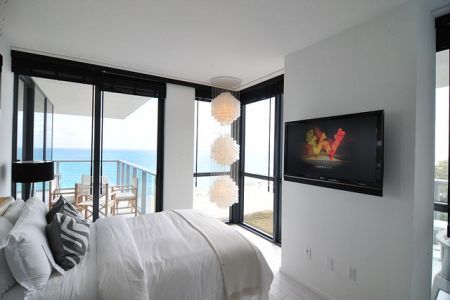 "Authentic," "tech savvy" and "instant gratification" ... all phrases commonly used to describe the millennial generation, which is defined as those born between the early 1980s and the early 2000s. Studies show this group is tech-savvy, likes to travel and prefers to spend money on experiences rather than materialistic items.

While millennials may not be the majority of travel consumers at the moment (according to AARP, baby boomers are still spending plenty), they will be soon. "Over the next five to 10 years, millennials will become the biggest customer segment for hotels worldwide, and hotel brands are rushing to meet and exceed the needs of these travelers," said Signature Travel Network Vice President Ignacio Maza. In fact, by 2025, Gen Y will account for 75 percent of the workforce, according to a 2014 study by Deloitte, a company that provides audit, consulting, tax and advisory services.

Many hotels are now trying figure out what this generation, encompassing 8 million individuals, according to the U.S. Census, is looking for. "Hotels are starting to have to listen to their customers in a different way, and that's a result of the millennial voice," said Donna Quadri-Felitti, clinical associate professor of hospitality and tourism at New York University.

From catering to Gen Y's always connected tendencies to providing anything but cookie-cutter experiences, here are some ways hotels are appealing to millennials.

Tailored technology
Millennials expect to be connected to the Internet -- and at high speeds -- wherever they are without paying more for it. "Connectivity is one of the strongest threads that is not going to change over time," Quadri-Felitti said. Many hotels are upgrading their connectivity to offer high-speed wireless Internet at no extra cost. Trump International Hotel & Tower Toronto, for example, even provides a complimentary digital newspaper and magazine service on any device connected to the hotel's Wi-Fi.

Communicating with these customers via their preferred channels like text messaging and social media is also increasing in importance. Hotel Irvine, which recently underwent a major renovation that in large part was designed to appeal to millennials, allows guests to text the hotel for anything from extra towels to a late check-in. The hotel is also adding the option to check in and out via smartphone in 2015.

Hotel Teatro in downtown Denver has a dedicated social media concierge, who provides recommendations for local activities and accommodates special requests throughout guests' stays. In one case, after learning of a guest's birthday on Twitter, the concierge was able to give her a personal birthday greeting upon her arrival. Some brands are even rewarding guests with additional points or free stays for mentions of the property on social media.

There are also apps like HelloTel that allow guests to find and connect with fellow travelers staying at the property. While that might seem intrusive to older generations, Quadri-Felitti explained that because millennials have grown up in a world where they can connect to people they don't know via online platforms, "they don't have the same trepidations about other cultures and strangers."

Streamlined design
One of the biggest ways this generation of travelers has influenced hotel design is the elimination of the traditional lobby in lieu of a more open, communal space. "The millennials don't mind sitting down at a table with people they don't know, whether it be eating or sitting down at a computer," said Sam Cicero, founder of the Cicero's Development Corporation, a hospitality construction company. Quadri-Felitti calls this characteristic "at once alone and together," which is the idea of sitting together but working separately.

"Millennials are interested in collaboration and social interaction. ... [T]hey want to get out of their rooms and be with other people ... or at least have the option to be with other people," said Bob Neal, principal at architecture firm Cooper Carry.

At Hotel Irvine, the first floor is more of an interactive social center than a traditional lobby, with a front desk, bar, restaurant and lounge. "We've integrated all those areas and transformed the hotel so all those spaces work together," explained Ralph Grippo, president of The Irvine Company Resort Properties. To create a more communal space, the hotel added a 9-foot TV, high-speed Internet and even a signature scent to provide a sense of place.

But the millennial influence doesn't stop at structural design. The artwork you'll find in hotels these days is more abstract and colorful; gone are the traditional matted pictures that once lined hotel hallways. The Alexander Hotel in downtown Indianapolis has even partnered with a museum -- the Indianapolis Museum of Art -- to display pieces that reflect the city's heritage.

At The Goodland hotel in Santa Barbara, California, owners employed graffiti artists to design works of art and brought in well-known surfers to ensure the displayed memorabilia was an authentic expression of Southern California's surfing culture. The hotel also hosts an artist in residence in the retro Airstream that sits outside.

Inside guest rooms, you'll find a more modular, streamlined look -- think open closets, tables instead of traditional desks and sleek glass showers instead of old-school tubs. Cicero said millennials prefer this open feel, as it allows them to get what they need more quickly.

A twist on service
In an effort to cater to millennials' need for instant gratification, hospitality properties are revamping the hotel transaction from start to finish.

"Millennials want to do things on their own terms: check in virtually, choose to interact with the hosts or to use a virtual concierge, sleep in and have breakfast too," said Rob Blood, founder and CEO of Lark Hotels in New England. "They want to leave a hotel experience and a destination having had a unique experience, and feeling connected to the stay."

At Bucuti & Tara Beach Resorts in Aruba, you can check in online in advance of your arrival. Instead of waiting in long lobby lines, guests are greeted curbside by their personal concierge and escorted directly to their rooms where the check-in process is finalized on a tablet device.

"We think it's less about [loyalty program] points and it's a bit more about personalizing [the experience]," said Grippo, with Hotel Irvine. "Is the experience unique or is it just transactional? If it's an experience and unique, how does it make me feel?"

Hotels are also adding unusual and very specific concierge services. From a record concierge at The Goodland in Santa Barbara who helps you select vinyls to play on each room's Crosley turntable to a sneaker stylist that provides access to limited-edition kicks at Dream Downtown in New York to a beer concierge at Hotel Vermont and a tequila concierge at CasaMagna Marriott Puerto Vallarta Resort & Spa.

ACME Hotel Company in Chicago has a new take on room service called Knock and Drop. "Instead of receiving a silver tray, you get a brown paper bag outside your door at the time you requested; there's no need to fumble for your robe or tip money," said Gene Kornota, principal of Rebel Hospitality, which owns and operates ACME.

Value-added amenities
Quadri-Felitti noted that since millennials grew up during the last recession, they are more cost-conscious, which she said must extend beyond the room. Armed with this knowledge, many properties are eliminating fees and adding more amenities and benefits included in the overall cost of the stay.

Complimentary in-room water for this health-conscious generation is increasingly common, and Hotel Irvine has even eliminated a mainstay: the minibar. Instead, guests enjoy a complimentary grab-and-go-style breakfast, or they can have any item from the first floor "marketplace," which offers prepared sandwiches, snacks and drinks, delivered to their room with no service fee. Bucuti & Tara Beach Resorts provides guests with an air dehumidifier, air purifier, cellphone charger, microwave, minifridge and a complimentary iPad during their stays.

Meanwhile, Hard Rock Hotels & Casinos tout "The Sound of Your Stay" program, which gives music-loving guests playlists for download, a Fender electric guitar rental with in-room jam sessions and in-room delivery of professional DJ equipment and mixing lessons -- all at no additional cost.

Pumping up fitness
Health and exercise are important to millennials, and both chain and boutique hotels have taken notice, upping the ante on their fitness programs and facilities. Many properties offer house bikes that guests may borrow to explore the area, while other brands, such as Kimpton, provide yoga mats in every room.

Westin offers a dedicated running concierge at many properties to lead groups of guests on a local 3- to 5-mile run. Meanwhile, Hotel Palomar Chicago and L'Auberge de Sedona both allow guests to join weekly morning runs with the property's general manager.

The WestinWORKOUT program lets lodgers book guest rooms equipped with a selection of fitness equipment, such as treadmills, dumbbells and stability balls, and for $5, travelers can borrow New Balance running shoes and men's and women's exercise apparel. Throughout all Trump Collection Hotels, complimentary Under Armour clothes and iPods are available for guests.

Making millennials happy means rethinking traditional processes and procedures, but it's likely to pay off for hotels that make the time. Said Gary Plourde, owner and innkeeper at Christmas Farm Inn & Spa in Jackson, New Hampshire, "You win their loyalty and their referrals when you get it right."