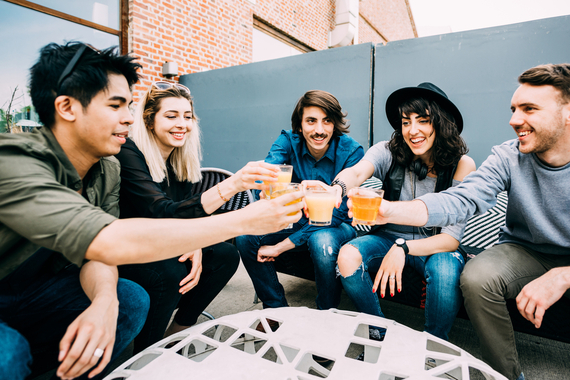 The world of insurance can be confusing for any generation, but it appears that millennials currently harbor some unique and problematic misconceptions that could compromise their approach to shopping for and using insurance.

A recent insuranceQuotes survey found that significant numbers of consumers between the ages of 18 and 30 are misinformed or confused about various aspects of both auto and health insurance. For instance, 48 percent of millennial respondents said driving a red car increases your premium (it doesn't), while 35 percent said one's home ZIP code does not affect the cost of auto insurance (it does).

And while it may be easy to dismiss these misunderstandings as mere consequences of youth and inexperience, experts say the problem may be more pressing.

"The biggest danger I see is a lack of education," says Nick Braun, an independent insurance agent. "If millennials don't believe they need insurance because nobody has explained the value, then far too many people will be under-insured. The worst thing is seeing someone spend so much time saving and working hard, then blowing through all their savings because they're under-insured."

Here are some of the most common millennial misconceptions about car and health insurance, as well as a few tips for getting the facts straight. 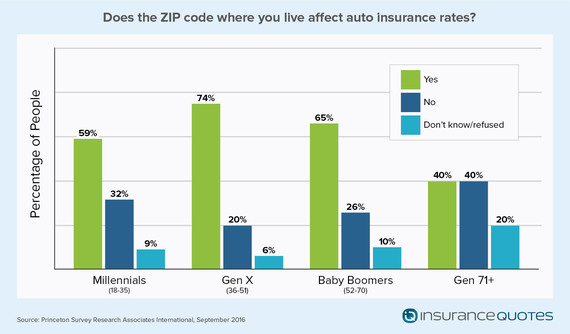 Compared to health insurance, auto coverage might seem like a far less complicated product. But there are nuances to the world of car insurance that many millennials don't fully understand, and these misconceptions are not without consequences.

"The primary danger of misinformation is finding out you've got coverage gaps after you file a claim, and by then it's too late," says Stanley Hladik, owner of the New Jersey-based Secret Insurance Agency. "One serious claim gets denied and it can wipe out your assets and cause you to file bankruptcy. It's extremely frustrating for someone to realize how they could have been better protected by their coverage choices if they better understood car insurance."

Patrick Leary says he frequently encounters this problem when it comes to millennial consumers. As an independent insurance agent with the Massachusetts-based McSweeney & Ricci Insurance Agency, Leary says millennials frequently shop for car insurance based solely on price and therefore don't understand the nuances of the policy they purchased.

"I often see policies that were purchased online with a $25,000 property damage limit. That might be a cheap policy but it also means if you get in an at-fault accident and total another driver's $50,000 car, you're on the hook for half of that," Leary says. "When all you think about is the price, you're opening yourself up to these gaps."

Millennials need to think about their unique car insurance needs and the potential claims they may have to file in the future, says John Kramer, insurance expert and director of business development at Octo Telematics. For example, if someone lives in a region prone to hail but doesn't have comprehensive coverage on their vehicle, they shouldn't expect payment when their car gets damaged in a hailstorm.

"Far too frequently I meet young people who think they're adequately covered for something when they're not," Kramer says. "I strongly suggest they consult with an agent or broker who knows the specific state insurance laws and unique coverage needs to figure out what's best for you."

In addition to ignoring gaps in coverage, millennials also have misconceptions about how to set their car insurance deductible, says Harry Abrahamsen, financial advisor and CEO of Abrahamsen Advisors. 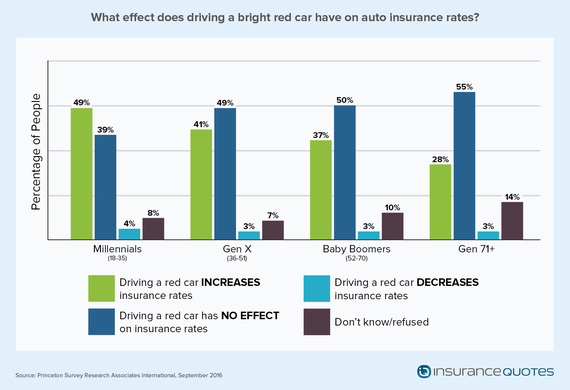 "Millennials don't always understand the correlation between deductibles and risk," Abrahamsen says. "For instance, when a person has a $250 deductible they are telling the insurance company that they themselves don't believe they are a good risk because they don't want to take on a lot of responsibility -- hence only $250 out of pocket if there is an accident."

Conversely, Abrahamsen points out that a higher deductible means "you have some skin in the game" and the insurance company will lower your premium because you are willing to take on more risk.

"The more you transfer risk away from the individual and place it on the insurance company, the more it will cost you in your premium," Abrahamsen says. "But don't you want to pay less over your lifetime?"

Health insurance not a priority for millennials

When the Affordable Care Act (aka Obamacare) was passed in March 2010, one of its central tenets was an effort to make health insurance more affordable for young professionals and low-income workers. However, that message hasn't gotten across to the millennial generation.

According to the insuranceQuotes survey, 39 percent of millennials are either very or somewhat worried they might not have affordable health insurance in the future, a perception that may encourage a certain degree of apathy.

QUIZ: How Well Do You Understand Health Savings Accounts?

"This notion that health insurance is unaffordable is probably the biggest misconception amongst millennials, and it's what prevents them, by and large, from purchasing health insurance at all," says Hector De La Torre, executive director of the Transamerica Center for Health Studies, a nonprofit that aims to educate and build awareness for health insurance and public policy. "The reality is millennials have many options other age groups don't have."

For instance, low-income millennials in 32 states may qualify for Medicaid to help pay for insurance. And even in states where expanded Medicaid isn't an option, De La Torre points out that 86 percent of people who purchase health insurance through state-run exchanges qualify for tax subsidies to help offset the cost.

Finally, the Affordable Care Act allows individuals to stay on a parent's health insurance plan until the age of 26, even if they're married, live in a different state, or aren't financially dependent on their parents in any other way.

"Millennials have this notion that the sticker price of health insurance is going to be too much to handle, but that's not the case," De La Torre says. "There are so many other factors to consider that will likely bring that cost down -- they just need to seek them out." 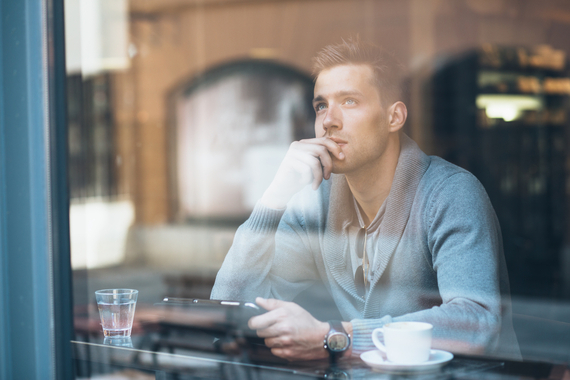 De La Torre says millennials are also less than eager to educate themselves about health insurance because, frankly, they don't think they need it.

"They think they're invincible so they don't see health insurance as a priority," De La Torre says. "Health insurance is a delayed-gratification product, and delayed gratification isn't exactly a forte of millennials in general. But when they have to see a doctor and are suddenly facing a big bill, heath insurance is going to seem a lot more important."

The takeaway, De La Torre says, is that millennials need to start educating themselves on their health insurance options and use that information to shop for a policy.

"Comparison shopping is so incredibly important," De La Torre says. "Young people have more options than most others, and they should look at each of them carefully before they find themselves stranded without coverage."

Finally, Leary says young millennial drivers often harbor a misconception that because they don't yet have substantial assets they can't be held financially responsible for serious damage caused in an accident.

"This is really dangerous logic," says Leary. "Just because you don't have a lot of things yet doesn't mean that you can't still be sued. You have a lot of future earning potential, and you don't want to squander that because you didn't understand how to buy the insurance that's right for you."

At the end of the day, Braun says older adults need to do a better job communicating the necessity of insurance to millennials.

"Most young Americans believe that insurance should provide some sort of return. They are frustrated when they pay for coverage and don't see a benefit," says Braun. "To be fair, every generation has this problem, but it's a more prevalent misconception with young Americans today because no one is explaining to them how insurance works."