Of all generations, Millennials travel the most. In fact, by the year 2020, they are expected to take 320 million international trips. How are they able to do it? Here's a hint: They know how to cut costs. And while they spend an average of about $3,200 a trip -- the least among demographic groups -- a recent survey indicated that more than two-thirds are likely to spend less than $1,000.

But reducing expenses does not entail limiting the experience. On the contrary, the 18-35 demo is changing the nature of travel by seeking out adventures that can be relayed to friends on social media. They show a desire to not only visit a destination but to actively participate in a new environment. And the travel industry has taken notice. As a result, companies are vying to attract the Millennial traveler with novel experiences that stay on budget.

The package deal
One of those companies is Spring Break Fiji, a new concept coming to the L.A. after wild success in the markets of Australia and New Zealand, selling out each trip in a few hours. Forget Florida, forget Mexico, imagine spring break on a private island in Fiji. 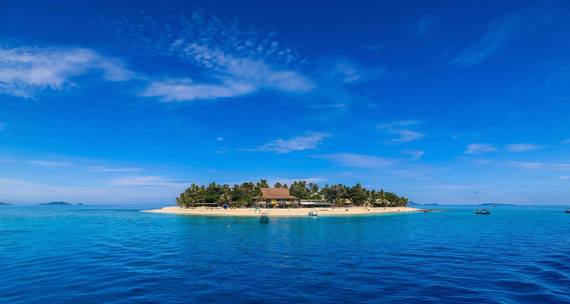 The company charters a private plane direct from LAX and includes all meals and accommodations. The nonstop party takes place on white sand beaches and chartered boats, DJs from around the world keep the music going. And all for under $2,000. There was a time when two grand would only get you a plane ticket to the South Pacific, but companies like Spring Break Fiji have developed a model that makes an exotic and all-inclusive getaway affordable.

High-low
Another way in which Millennials are reshaping the old paradigm is in the time-honored tradition of camping. Having grown up with mobile technology, young people want to stay connected. Unfortunately, national parks and wildernesses have no access to Wi-Fi, which is a deal-breaker for anyone on a working vacation or who simply wants to share thoughts or photos in real time.

Furthermore, stale notions that camping has to involve "roughing it" are being challenged by a generation that has grown up with gourmet food, customization and an excess of personal attention. So why shouldn't they have a camping experience that caters to their needs? The Resort at Paws Up in Montana provides just that.

Groups of four can stay in style for under $500 per person per night, all-inclusive, at Pinnacle Camp overlooking the mighty Blackfoot. A two-bedroom luxury tent, fyi, occupies more than 1,000 square feet.

Yes, cruises
A third arena in which the travel biz is courting 20- and early 30-somethings is on the high seas. Cruises, which have become passe and the domain of Baby Boomers, are adapting to the new reality by changing demographics, as well as destinations. In fact, the industry reports that the average age of the cruise-taker has dropped to 46, down from 56 just a dozen years ago. Moreover, 53 percent of Millennials surveyed expressed an interest in taking a cruise within two years.

Some lines have adopted a new strategy of shorter (and cheaper) voyages. Some provide lounges for singles to meet and greet, as well as studio cabins for solo travelers. And then there's Un-Cruise Adventures. The eco-travel company operates smaller boats to explore areas like the Columbia and Snake rivers, Central America and the Galapagos Islands. Snorkeling and kayaking replace the shopping and gambling of the old-fashioned cruises.

The company, a member of Sustainable Travel International, invokes the same social and environmental consciousness that pervades the young generation, promoting conservation and responsibility, and seeking to inspire an appreciation of local cultures and of the natural world.