For decades, the upper echelons of the British civil service have been furnished by the Fast Stream program, traditionally drawing on graduates from Oxford and Cambridge. But in the past few years this most established of institutions has been disrupted from within.

Far from the stereotype of white public schoolboys giving each other jobs, the Fast Stream has begun to recruit what is now almost a proportionate number of black and ethnic minority graduates. And since the program brings in a thousand graduates each year, it is remaking the very fabric of British government: its personnel.

At the same time, the way these bright young graduates are moulded has itself been revolutionised for the modern day, with secondments to the private sector and Fast Streamers being quickly rotated through lots of departments, both to network and to act as vectors of ideas.

There are no little islands any more. It's about connecting the dots.

The reform has been led by someone who did not go to university, being unable to afford it, and who spent 30 years pulling herself up to the top. Gillian Smith is therefore particularly ardent about a sister scheme called Fast Track, bringing in those without degrees. Inside a few short years, this has grown to nearly the same size as the original Fast Stream, although the number of recruits from the poorest backgrounds is still far below a proportionate number.

She spoke to Apolitical about how to alter the character of a huge and venerable institution, what skills are required by the new breed of public servants and what she learned on her own long progress up through the ranks.

How much resistance was there to your Fast Stream reform?
It was a massive culture shift and there were a lot of sceptics who said, 'This will never work.' And actually, it is working. I don't think you can really introduce a change program this enormous without facing resistance, but it was quite significant. And why wouldn't it be? The old program had been running for many many decades and many people at the top of the organisation had come through it. So they were sitting there thinking, 'Well, it worked for me, why can't it work for everybody?' 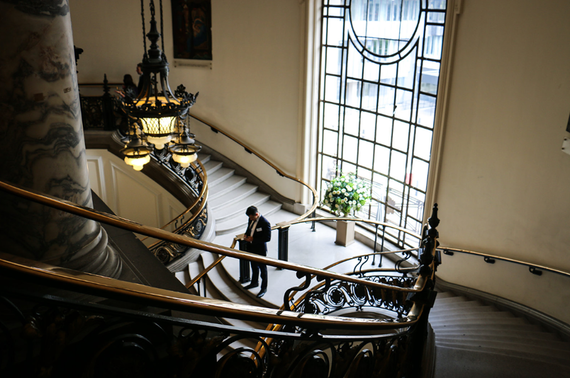 The corridors of power: a recruit on the Summer Diversity Internship Program

How did you win the argument?
Champions were quite important - like the head of the civil service, Sir Jeremy Heywood - but actually the proof was in the pudding. One of the things that's happened with the new program is that, in the first two years, you have four postings, three in departments and one secondment to the private sector, the charitable sector or another public sector organisation.

Once people started to go through that and move on, quite quickly permanent secretaries were saying, 'I just had this Fast Streamer arrive and they brought this fantastic idea from another department which no one had really thought of before.'

That fluidity between departments very very quickly started to win the argument for us. There were always going to be some people quite difficult to persuade, but as soon as we got more of the senior leaders behind it, they helped us to get the late adopters to join in.

You've also taken control of the recruits, meaning they're employed by you instead of the departments they're in, while the departments are charged for the costs. What has that leverage allowed you to do?
We can now quality-assure all the postings we send people to. In the first year, a number of postings weren't really of good enough quality, and those were rejected, even though they'd been paid for. And the graduates went to another department instead. So competition between the departments meant that we were able to drive up the quality quite quickly. That centralisation has leveraged quality improvement to what was already pretty good.

What are the characteristics of the star recruits?
To be constantly learning is the thing. Some of them take the view quite early that actually they don't need a lot of help and they'd be fine if we just left them to get on with it. One of the advantages of having professional coaches on my team is that we can help these individuals - who are sometimes a bit unaware of their career blockers - face up to what it is about themselves that they really need to think about, and change. Those who do best take full advantage of that coaching and constantly review what they can do better. 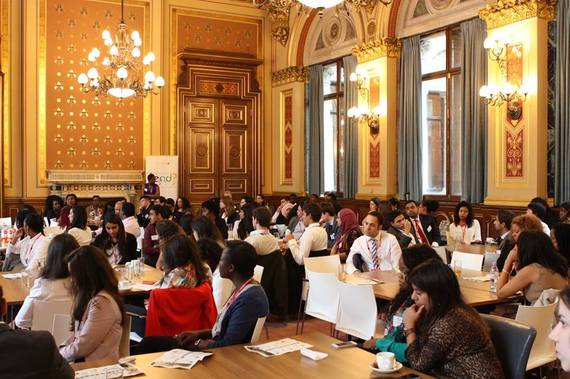 In the office: recruits listen to a lecture

Are you seeing a change in the qualities needed to be a good public servant?
I think in the old program people were rewarded for being competitive and I don't think people are rewarded for that now - you're rewarded much more for being able to work across boundaries, across disciplines, with others, and for cultivating networks. There are no little islands any more. It's very tangible that they are reaching out the whole time, asking for support and information and knowledge from their peers. I think it's that ability to connect the dots that is vital to the future of the civil service, along with more diversity of thinking and background.

You've also founded Fast Track, to recruit people without degrees. How does that fit together with your own story?
The reason I joined straight from school is that my parents couldn't afford for me to go to university. They needed me out at work putting money back into the house. And I've never been on a talent program - there weren't talent programs in my youth. I've made my way into the senior civil service through my own tenacious capturing of opportunities and taking of risks.

But now people who've been through Fast Track can apply for the Fast Stream without a degree. Effectively, they're able to get themselves into the same place as a graduate entrant. Of the first year [an intake of 100], four were successful in open competition on getting onto the Fast Stream. It's a real success story and the ambition is to ramp it up so we take as many people on the Fast Track as the Fast Stream itself.

It's great that it won't have to take them as long to get into the senior civil service as it took me. We want to roughly double the speed. 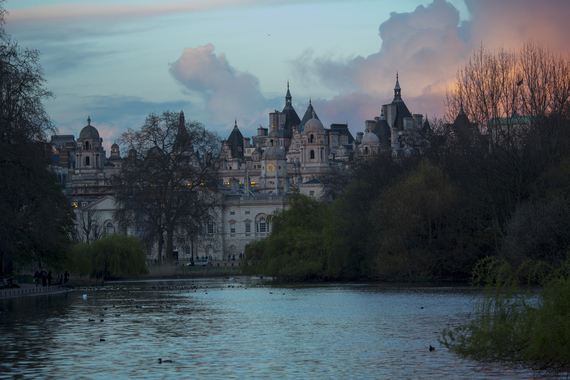 Not a bad place to work: Whitehall at sunset (via Wikimedia Commons)

What lessons would you pass on to public servants who want to make a big impact?
Work hard, learn hard and learn constantly. But look after yourself. Take time to rest and recuperate. A lesson perhaps I didn't learn very well - I got pneumonia this Christmas. But you can only be at your best if you're healthy and fit. Fourthly, take a few risks along the way. Sometimes you'll find there's a job nobody really wants to do, and it's quite a scary job. Usually it turns out to be an opportunity. And lastly, have some fun. There's no point being so serious that you don't actually enjoy being at work. So take jobs that you feel passionate about and can enjoy, as well as do well.

You're working on so many parallel projects, including diversity and a school outreach scheme; what is the overall ambition?
If you'd asked me in 2012, I would have told you my ambition was to get it to where it is now. Personally, I'm at the point where I'm thinking: what is the next big thing I want to deliver? I really would like to shift the demographics of our applicants. We're almost where I wanted it to be on black and minority ethnic groups, which is representative of the proportion in the graduate market, we're a smidgen off that. But on lower socio-economic groups we're miles away from where we aspire to be and I absolutely want transforming that to be a legacy of the work we've done.

I'd like to get to the point where the culture has changed so it genuinely doesn't matter where you came from and someone who joined straight from school has got as much chance of being cabinet secretary as anyone else.