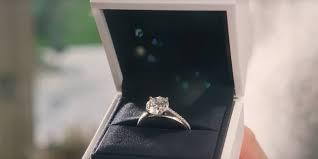 Millennials are by definition a person reaching young adulthood around the year 2000. It is a term that has often been thrown around to identify those adults in America who are independent, technology dependent and seem to have all the answers to life. Many millennials are by happenstance the children of the baby boomers who are a group of Americans that were born between 1946-1964. The baby boomers were at one point considered the largest generation in America, until the "irresponsible" baby boomers stepped onto the scene.

After a recent article in the Economist about the lack of millennials being online diamond buyers seemed to prove to the world that perhaps millennials aren't as irresponsible as once believed. As many millennials ran to Twitter to echo exactly why they aren't buying diamonds. The responses were hilarious but the truth behind many of their tweets proved to be eye opening for many outsiders who don't seem to recognize the issues that plagues this millennial generation.

While this tweet was incredibly hilarious because I too have had days when I couldn't afford a $1.14 sandwich because my pay checks were just enough to survive. In 2010 it was reported that the unemployment rate for millennials was at 18%. An even more remarkable statistic is that during the years of 2008-2013 wages dropped for millennials. Forget Snickers "Why Wait" campaign, if you're hungry as a millennial, you're forced to wait.

One of the greatest way to get a "dumb answer" from a millennial is to ask a "dumb question." This proved to be true with this twitter user who responded to why millennials aren't buying diamonds with other questions that need answers. Millennials are in debt and lots of it. In fact, it was recently reported that millennials are in more debt than their baby boomer's parents. The majority of the debt is in student loans which has reached a national debt of $1.3 trillion. If millennials are going to break the bank it appears they're going to do it for their educational needs before they sacrifice it on a gem that has no physical value.

While other millennials also took to social media to share their frustrations with their reasons for not buying diamonds the consensus came down to one thing, most simply can't afford it. Many millennials may be identified as irresponsible but forgoing the purchase of diamond seems pretty responsible. To partially quote Jay- Z "I got 99 problems but a diamond ain't one."