More than one in three millennials are now living at home with their parents.

Some 36 percent of 18- to 31-year-olds have opted to make home home again as of March 2012, up from 32 percent prior to the Great Recession in 2007, according to a new Pew Research Center report out Thursday.

The analysis of U.S. Census Bureau data noted that the portion of millennials living at home is the highest share in at least four decades, with a record of 21.6 million shacking up with mom and dad.

However, this large number of millennials at home is mostly made up of those under age 25, with people approaching 30 being far less likely to live with their parents. Fifty-six percent of adults ages 18 to 24 are living at home, compared to 16 percent of 25- to 31-year-olds.

Pew offered three reasons why so many young people are home, some good and some bad:

Men were also more likely than women to live with their parents, with 40 percent of males in the age bracket doing so, compared to 32 percent of females.

Millennials have no doubt struggled in the economy since 2007, with roughly one in two either jobless or underemployed.

The Economic Policy Institute has suggested millennials are entering the workforce during a "lost decade," with the average wages dropping since 2000 for college graduates. 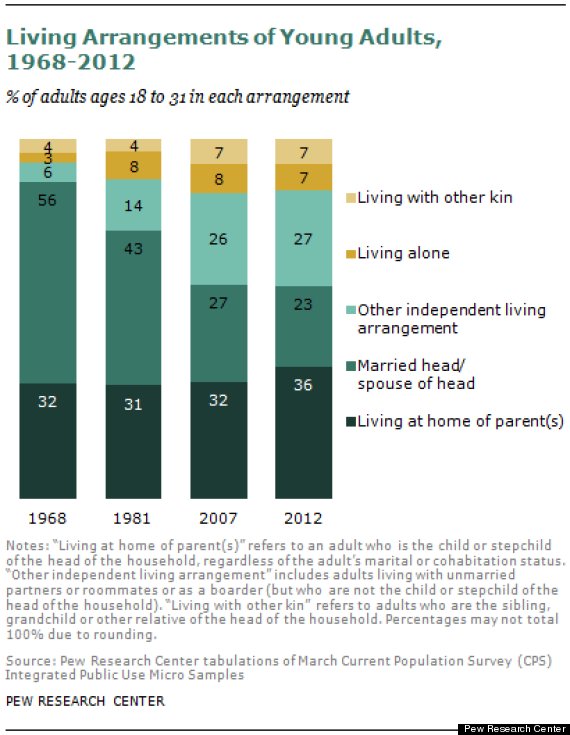