This is the seventh post in my series, Millennials Paving The Way, highlighting today's brightest Millennials who are empowering future generations to become change makers.

I spoke with Tiffany Pham, Founder and CEO of Mogul, an award-winning digital platform for women about how she was able to reach 18 million women per week from over 196 countries and 30,470 cities worldwide in her highly competitive industry, how she manages her time between all of her responsibilities, and her best advice to you.

Tiffany is the co-author of the book From Business Strategy to Information Technology Roadmap: A Practical Guide for Executives and Board Members (published by CRC Press). She is a graduate of Yale University and Harvard Business School. 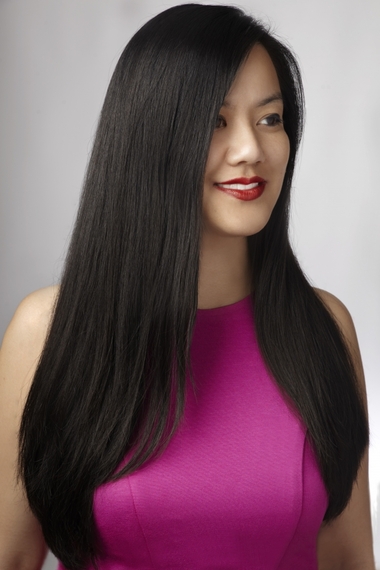 Where did the idea for Mogul come from? Were you trying to solve a problem you'd experienced, or did the inspiration come from somewhere else?

When I first moved to America, I didn't know a word of English, but it was by watching films, reading books, and listening to the radio that I ended up learning how to speak the language. Reflecting back on that experience, I discovered what a powerful tool media could be for learning, and the immense potential it has to inspire change.

Then, one day, my grandmother passed away. I made a promise to her then that I would do everything I could to follow in her footsteps. She had worked throughout her life to provide information access to those around her in need, and I promised to dedicate my life towards that mission from that moment onwards.

After graduating from Yale and Harvard Business School, I went on to hold multiple roles simultaneously: at CBS handling TV & Radio Station websites & mobile properties; with the Beijing government collaborating with the Vice Mayor of Beijing; and producing feature films and documentaries highlighting social issues that needed more global awareness.

Young girls would read about my three roles, and as time went on, I would receive hundreds of letters -- and then eventually thousands of letters -- per day from these young girls, asking for advice. What article are you reading every day? What videos are you watching?

I realized then that we needed a platform whereby millions of us could exchange our insights from the ground level, where we could share our careers, our lives, our journeys. And from that exchange of information, we could gain access to knowledge from each other and become that much stronger, that much better.

Every day, I would therefore work on my three jobs, and then at nights, at 3AM, I would sit down at the kitchen table and just teach myself how to code Ruby on Rails.

Ultimately, I built the first iteration of Mogul, a worldwide platform that now reaches over 18 million women across 196 countries and 30,470 cities, enabling them to connect, share information, and access knowledge from one another.

What has been your biggest roadblock with Mogul, and how did you overcome it?

For the first two years, building the organization's internal infrastructure to support our external growth was the strongest challenge. We had to retroactively build the infrastructure because I was a one-person team upon launch, supporting a million users on my own within the first week.

Over time, I was able to onboard the rest of our now world-class team, bringing on many with whom I had previously collaborated. Our departments are now led by some of my greatest friends and business collaborators: Product & Technology, Content & Community, Marketing & Monetization, Courses & Business Development, and Operations & Growth. Now, our infrastructure has been fortified; we consist of over 1,500 Influencers, 2,500 Global Ambassadors, 3,500 Mogul Mentors, 20,000 Partners, and Millions of Users worldwide.

It has been reported that in 2014, Millennials launched almost 160,000 startups and make up nearly one-third of all entrepreneurs in the U.S. What advice would you give to others that want to launch a startup?

In terms of technology: Establish your vision of what you would like to accomplish in 10 years, then backwards from 5 years to now. Whatever it is you would like to create, rapidly prototype this idea. Then, listen to others. Incorporate their feedback so long as it is not fully misaligned with your ongoing vision. Over time, iterate towards perfection. Don't be held up by the need to be perfect now.

In terms of talent: Collaborate for access. Find industry leaders with whom your interests might resonate, and obtain warm introductions through mutual connections. Learn what opportunities might enable you to collaborate with them in order to learn from them. Whatever task you're given, whatever partnership you agree to, ensure that you over-deliver for them. Earn their trust, and build a now genuine friendship.

In terms of community: Be kind. Be authentic. Be generous. Stay in touch with "why" you wanted to start this company in the first place, why it's important for the world.

Of the four generations in the work force today, Millennials are the largest, with roughly 35 million people employed. The number of Millennials will continue to rise, and they will soon be occupying many senior level roles in organizations. What advice do you have for fellow Millennial women preparing for leadership roles?

Early on, identify what type of leader you would like to be, in what industry, and figure out where your weak spots are.

Hone your skill sets in those areas through collaborations or side projects, if your present role within an organization doesn't seem to enable you to do so. For example, if you need more management experience, but are presently an Associate at a company whereby managing a team is not currently possible, contact nonprofits around the city within your industry and offer your expertise for any special projects for which they need volunteers; if the opportunity is available, manage the team of volunteers for this project. But remember to also ask for such opportunities at work. If you don't ask, you don't get.

Finally, always be resilient. You will hear no's -- but know that they are "not right now's." Keep going until you hear a yes.

According to a Nielsen survey, 70 percent of Millennials say a company's commitment to the community would influence their decision to work there. In what ways is Mogul an active member of its community?

Mogul provides women worldwide with access to information, enabling our users to realize that they can be more than what their societies say. Partnering with organizations such as the United Nations, we serve as a key agent for advancing gender equality and quality education.

Every day, women around the world write to us, telling us about the impact Mogul has had on their lives. For example, one young woman from Pakistan wrote to us saying that there, a girl's life is all about marriage. But Mogul helped her out by pointing out ideas to her that she could be more than what others say. And now she's kind of a feminist, and she loves, loves, loves this Mogul.

Another woman uploaded her invention to Kickstarter and received little traction during the initial stage of fundraising. But when she posted her product onto Mogul, it became the number one trending item that day and she subsequently received incredible support and backing to fund her product. She wrote to us, saying she was in awe at Mogul for democratizing PR and giving women their voice.

What's next for Mogul?

With Mogul widely regarded as the next generation media company for women, we aim to continue accelerating change across: (1) information access, (2) economic opportunity, and (3) education.

1. Information Access: Right now, women represent just 15% of share of voice on op-eds and boards. Mogul is accelerating this rate by encouraging women to share their insights at the ground level, to speak up and share their voice at the earliest stages of their lives -- our community enables one another, supports each other to have courage and confidence.

2. Economic Opportunity: Women represent just 10-20% of top leadership positions in the US. We must therefore encourage those in hiring positions to seek top talent, beyond what they may sometimes be used to or comfortable with. For this reason, Mogul enables users to post jobs and tap top female talent on our platform. We see large companies such as Procter & Gamble and Verizon as well as top tech startups posting jobs to accelerate the rate at which women are being placed into their workforce. Otherwise, it will take until 2085 for women to reach parity with men.

3. Education: There are 62 million girls around the world who do not have access to an education. And with Mogul's massive reach and global scale, we are in a unique position to effect change. Thus, we now offer Mogul Mentorship & Courses, named one of the top areas for online mentorship and learning alongside Harvard Business School and Coursera. We provide women a mentorship channel that they can email 24/7 with questions across life and career and from which they receive an immediate response back, accompanied by 10 award-winning courses developed by experts. For every subscriber of the Mentorship & Courses, we provide access for free to the 62 million girls internationally in need of this invaluable resource.