This is the fourth post in my series, Millennials Paving The Way, highlighting today's brightest Millennials who are empowering future generations to become change makers. 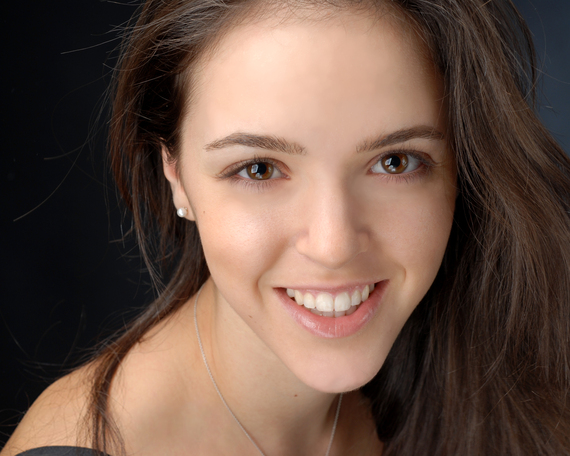 I spoke with Erin Schrode, a citizen activist, community organizer, and vocal advocate for environmental action, social justice, public health, and responsible consumption - who just announced her campaign to run for the United States Congress in California's District 2.

Since co-founding Turning Green in 2005, she has developed education and social action platforms to inspire, educate, and mobilize millions of students and the global public with this non-profit and beyond. Erin is the eco correspondent for Fusion (ABC and Univision's new joint venture), speaks internationally, and consults with corporations, organizations, and governments on millennials, sustainability, and social good.

This young leader has been featured in and tapped as an expert for the NY Times, Vanity Fair, ABC, CNN, Seventeen Magazine, and various multimedia outlets. As The White House said, Erin "is a dynamic, passionate and ambitious young woman committed to creating big change everywhere she goes." She champions active citizenry and environmental stewardship worldwide, launching a youth education project in Haiti, writing curriculum for an eco education center for Palestinian, Israeli, and Jordanian youth, developing recycling infrastructure in Ghana, and recently working with Syrian, Iraqi, and Afghan refugees in the Mediterranean.

From her hometown of Marin County, California to New York University to seventy nations around the globe, this innovative entrepreneur is on a lifelong journey to inspire people to action that ensures a just, safe, thriving world for future generations.

On April 1, 2016 and at only 24 years old, you announced you were running for a House seat in California's 2nd Congressional District. At 24, you would be the youngest woman in Congress. Do you believe your age and gender are an advantage or disadvantage? Please explain.

We need young women in Congress. Don't vote for me because I am young or because I am a woman; vote for me because progressive female voices result in better policies and young people are better poised to lead the present and future of our country. Our nation is far more diverse than the faces we see in Congress - and I aspire to represent one element that is entirely missing from our House of Representatives.

When did you know you wanted to run for public office? What advice would you give to other Millennials wanting to also get involved in politics?

I am on a lifelong mission of public service. My focus is purpose, not position. It wasn't until I hosted an event in Marin last month that the idea of actually running for office entered my headspace. People have been asking when they could vote for me for years, but I never considered it a real possibility before being approached on that evening. My generation cannot afford to avoid the political arena, for it is our future at stake. We must become involved to craft a safe, just, and healthy world for us and those yet to come. My advice? DO SOMETHING! TAKE A STAND! RAISE YOUR VOICE! RUN! I owe it to my best friend for her words of wisdom, "There's a million reasons why you should wait. But why not run while you wait?" Our campaign seeks to add value to society through the very act of running - and I am hugely proud to see that in action.

As the largest share of the U.S.'s voting-age population, Millennials have a great opportunity to shape the 2016 presidential election. How important is it for you to gain the support of your generation and how will you get them more engaged in the political process?

It's time to deliver on the promise of my generation. My peers are revolutionizing every aspect of society and industry... but not government. Government does matter and it is time to underscore the importance of this institution. Our campaign is fresh, it is different, it is energizing my peers to see a new possible. If I can shake up the image of a conventional candidate and inspire others to run, then I have achieved success. Together, with a collective wind in my sails, I believe that we can put another millennial voice in office, one who represents US.

While women make up the majority of voters in the United States, they make up only 20 percent of Congress. Do you believe that women bring a unique perspective to the legislative body and are more likely to reach across the aisle than their male counterparts? Please explain.

Agendas set by women are stronger; I firmly believe that. We have statistics about how much more successful businesses are with women on corporate boards. We don't have those statistics about women in government because we haven't elected women to government. I will leave you with this as food for thought: who came to work the day after the snow storm in DC last year?!

How would you describe yourself in five words?