We millennials need to get something off our chest.

For too long, our generation has been holding back a secret: We are actually crawl-on-our-belly, slither-through-the-grass snake people. And now, one brave whistleblower is telling the world with a new Chrome extension.

Eric Bailey, a 32-year-old graphic designer in Boston, created an extension for the browser that changes the word "millennials" to "snake people." The results are hilarious.

Bailey told the Huffington Post the idea came to him after reading one too many terrible think pieces about millennials. Er, snake people.

"It started off as a joke to myself," Bailey said. "I was like ‘Who the hell would want this?’"

Turns out, at least 19 people do. That's double digits!

Huffington Post downloaded the extension, but had to remove it while writing this entry because "millennials" kept changing to "snake people" in real time. It took us all morning to write this.

"It’s weird seeing everyone tweeting about it, this is not what I expected this week," Bailey said. "Apparently [Google] will just let anyone put extensions up." 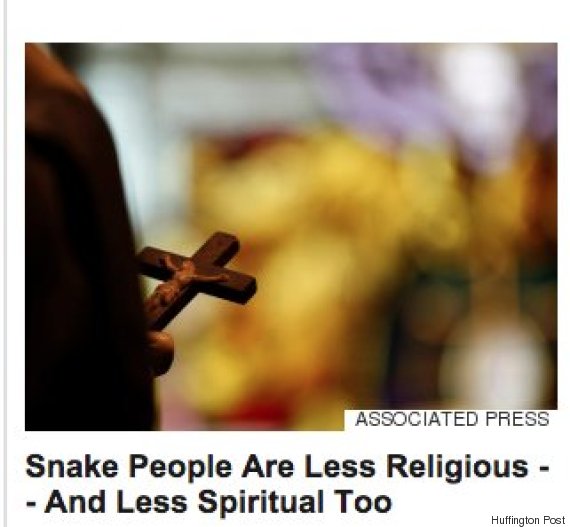