In the heated debate over inequality, the wealthy are usually portrayed as the cause rather than the solution.

But CNBC's first-ever Millionaire Survey reveals that 51 percent of American millionaires believe inequality is a "major problem" for the U.S., and nearly two-thirds support higher taxes on the wealthy and a higher minimum wage as ways to narrow the wealth gap.

The findings show that—far from being a purely self-interested voting bloc—American millionaires have complicated views when it comes to the wealth gap and opportunity in America. They are unashamed of their own wealth and attribute their success to hard work, smart investing and savings. They also believe that anyone in America can get wealthy if they work hard.

More On CNBC:
-- Offbeat collectibles: Right on the money
-- 10 people who made it big or lost it all in Vegas
-- See where the rich sleep

Yet millionaires also believe that cultural and family issues prevent many Americans from climbing the wealth ladder. They advocate improved education, higher taxes on the wealthy and better savings incentives for the poor and middle class as important changes that would reduce inequality.

The CNBC Millionaire Survey polled 514 people with investable assets of $1 million or more, which represents the top 8 percent of American households. The respondents came from around the country and were split between Democrats, Republicans and Independents.

The online survey was conducted in March by Spectrem Group on behalf of CNBC. 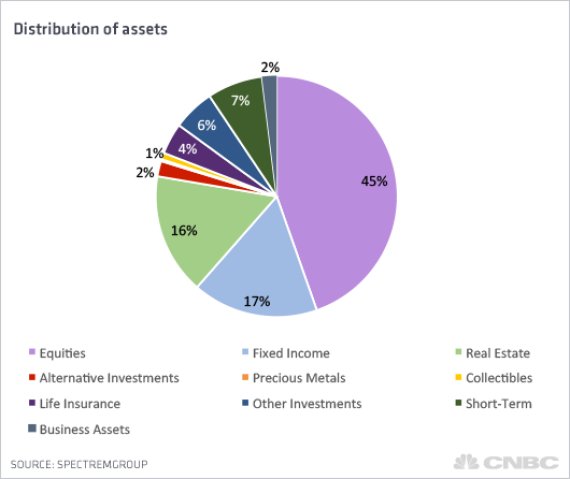 When asked about the No. 1 factor in obtaining their wealth, the millionaires ranked hard work first (23 percent), followed by smart investing (21 percent) and savings (18 percent). Education ranked fourth, at 10 percent, followed by frugality and then inheritance. Only 1 percent cited luck as the top reason for their wealth.

Despite being winners in the new economy, U.S. millionaires view inequality as a problem. More than half of millionaires and multimillionaires agreed that "inequality of wealth in our nation is a major problem."

Yet they don't see themselves as a cause. Fully 81 percent said they don't feel embarrassed by their wealth, "because I earned it," and only 5 percent said they feel a sense of guilt about the wealth they possess. More than half said anyone in the U.S. can become wealthy if they work hard. 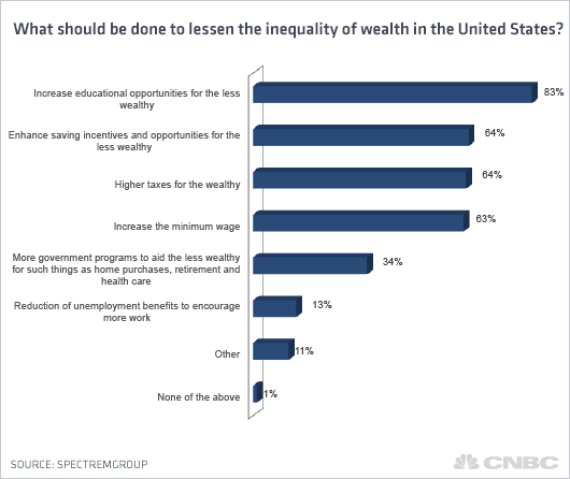 When asked about the reasons for inequality, most (78 percent) said the wealthy have greater access to education. Two-thirds cited that the "lack of financial literacy" prevents poor households from making better financial decisions.

More than half said cultural issues and broken families also prevent people from attaining wealth. Only 6 percent said that people worth less do not work as hard as those with wealth.

Politics even plays a role in how millionaires view wealth creation. Among Republican millionaires, 63 percent say hard work is the No. 1 reason the wealthy are wealthy. Democrats were most likely (45 percent) to cite a person's family or place of birth as the top reason for their wealth.

The bottom line: American millionaires, in general, agree that inequality is a problem. But when it comes to solutions, millionaires are just as split along political lines as the rest of the country.