On December 27th, as post-Christmas shoppers crowded The Grove shopping center, the streets around it in The Miracle Mile of Los Angeles closed down for something entirely uncommercial: A peaceful protest against the police brutality across our nation.

Local CBS news reported "As many as 5,000 students and activists -- even celebrities -- participated." I guess I must be an activist, because I'm not a student or celebrity. I'm just a 50 year old white woman, a former Los Angeles Deputy District Attorney, born into segregation in Durham, North Carolina, who really cares about justice, peace and community. The march made me proud, made me cry, and made me contemplate our place in history. I saw only one other person I knew at the march, and she was the person who invited me, but I met a lot of amazing people. So, as I reflect on the march, I want to share why I wish you were there:

1. I wish you were there, especially if you are not African American, to show that you value black lives. I would estimate the non-black crowd at about 15 percent. That is pathetic. The issues of racial profiling and police brutality against black citizens are proven statistically and this rots the very core of our justice system and democracy. Notably, even black police officers face profiling when out of uniform.

2. I wish you were there, especially if you believe that we must sacrifice freedom for peace. This march was an example to the world that peaceful protest of police brutality need not incite further violence. The protest was well organized and the police were there to keep the peace, not to bash the protestors. Likewise, the protestors were not bashing the peaceful officers there. I thanked the police officers we passed, many on bicycles, for their service that day and they were happy to be thanked. If you want to hear from a really great Chief of Police on why these marches are to be protected, read the comments of Steve Anderson, Nashville's Chief of Police.

3. I wish you were there, especially if you are old enough to remember the road we've taken since the '60s on our way to this march. When we passed under a huge poster for the movie Selma, featuring the back of Martin Luther King, Jr.'s head facing the Alabama police at that famous historical point in the fight for equal voting rights, no comment was made by the organizers of the march who led the crowd with chants and directions. I believe it is because the organizers were too young to appreciate the significance of the history depicted in that poster to the present march. I certainly hope everyone goes to see the movie.

4. I wish you were there to see what I saw, so I share these photos with you: 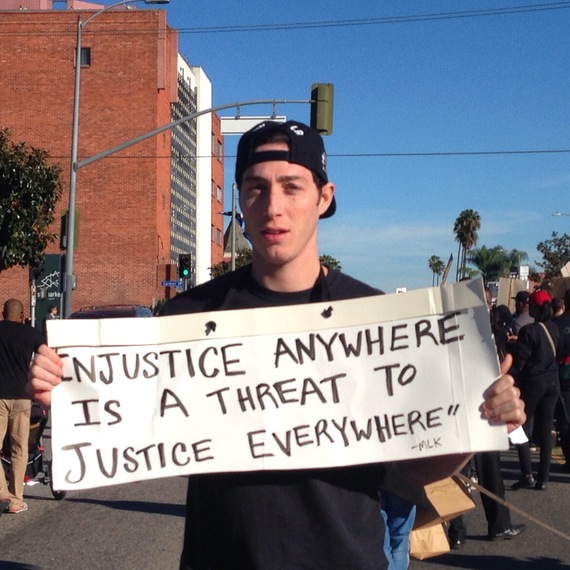 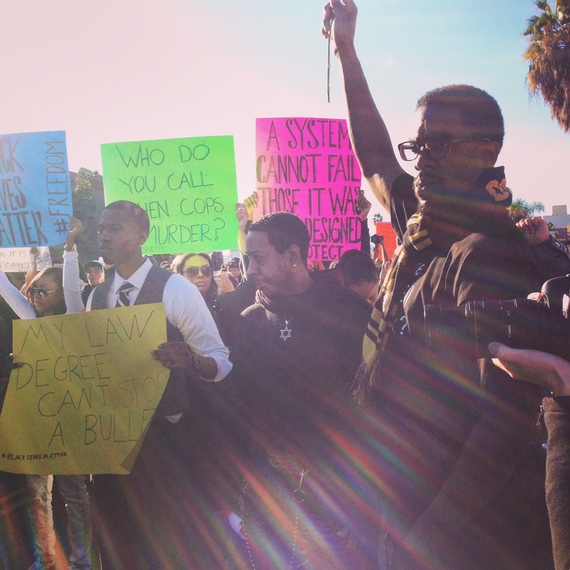 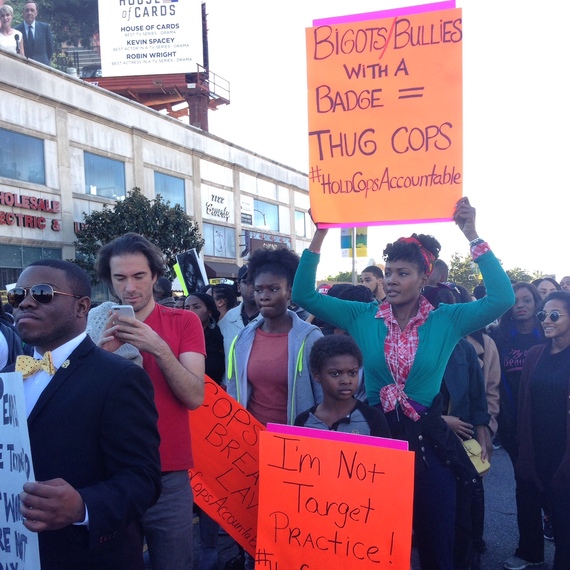 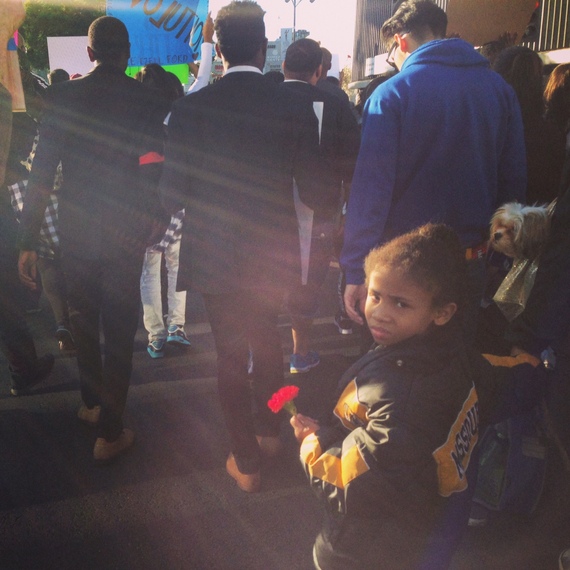 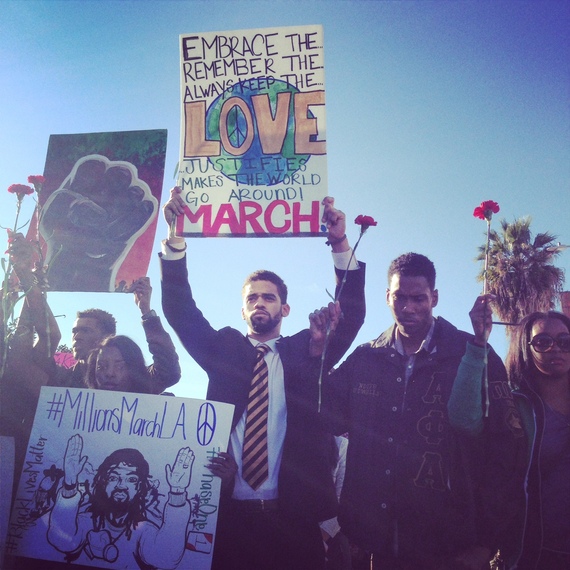 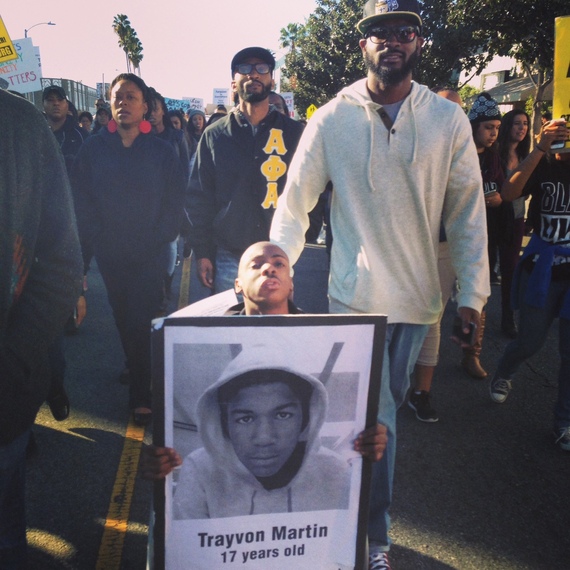 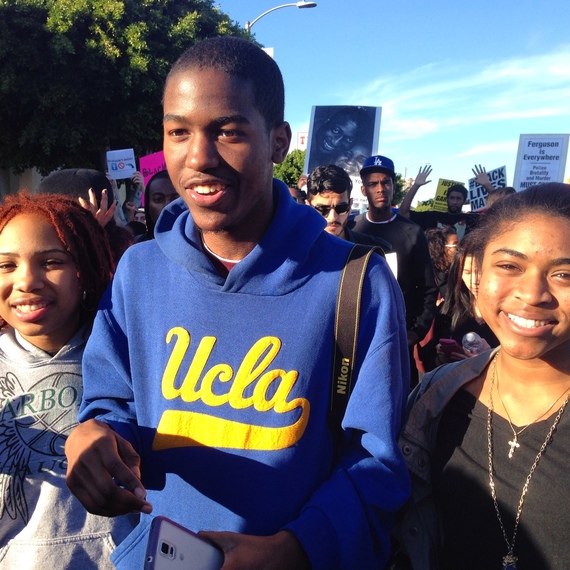 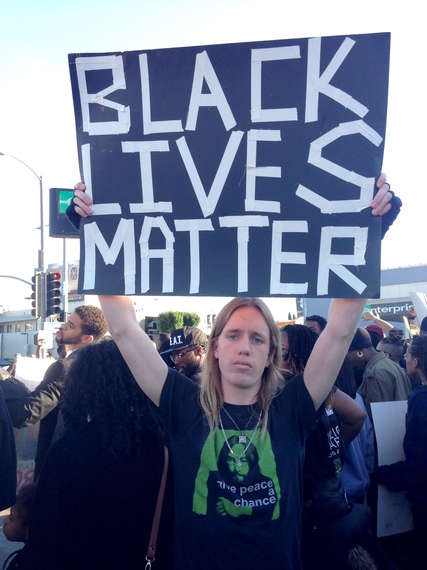