More than 3.6 million students have or are about to graduate from postsecondary U.S institutions. And when people graduate college, they tend to have certain expectations. Finding a good job, for one thing. And why shouldn't they? After all, they've just spent several years, and a lot of money, preparing for their career. But the reality is that many graduates don't end up working in the industry or field they studied. Some can't find a job at all. The cycle has become all too typical: university -- graduation -- a disappointing job or no job -- disillusionment and, for some, disengagement. 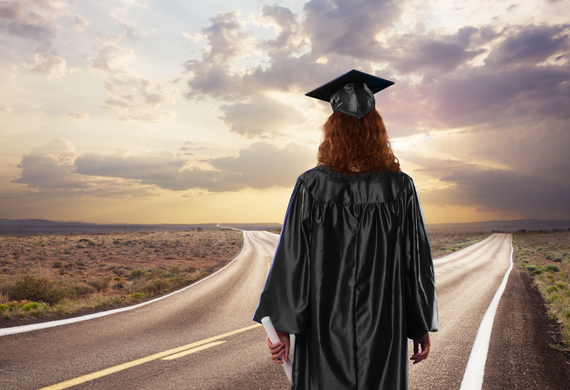 A conference I attended last fall aptly described the 'glass door phenomenon': grads can see the opportunity through the door, but just can't navigate their way to it. One part of the problem is the expectation gap: the distance between the skills and experience that young people have, and the skills that employers are looking for and, indeed, expect graduates to have.

A new study from the Association of American Colleges and Universities (AACU) highlights this gap. When college students and employers of recent graduates were asked similar questions about job-readiness and workplace skills, their responses showed a huge difference of opinion. Across the board, students considered themselves much better prepared for the workplace than employers did. In critical areas such as communication, problem-solving, teamwork, and applying knowledge to real world situations, nearly two-thirds of students felt well prepared. But fewer than three out of 10 employers gave recent graduate hires high marks in these areas.

So, college students may have unrealistic expectations about how well their education is preparing them for the real world. Clearly, classroom knowledge isn't the same as learning by doing. But how can young people have a strong set of practical workplace skills if they have never applied their knowledge in a real workplace? College graduates are not the only ones running into the glass door. The problem of youth unemployment is one of the biggest challenges we face today. Globally, 73 million young people are neither employed nor in school. In the U.S. alone, 17 percent of the nation's youth are unemployed.

And for many, the barrier to employment isn't just a lack of 'soft skills.' It's a lack of resources. Even though college is touted as a sure-fire way up the economic ladder, the majority of students from low-income families who start college don't graduate. Last month, the Pell Institute and the University of Pennsylvania's Alliance for Higher Education released a study showing a huge disparity in college completion rates between rich and poor students. While 77 percent of youth from families in the top quarter income bracket obtained bachelor's degrees by age 24 in 2013, only 9 percent of those from the lowest income bracket did. The problem is two-fold: inadequate financial resources as well as, in many cases, inadequate academic preparation in high school.

Lower income youth are hitting the glass door due to a lack of resources, while those from higher income brackets are obtaining degrees, and yet still don't have the skills employers need. Meanwhile, many industries are facing skills shortages. It's a problem that demands creative solutions, not just from policy makers and educators, but employers as well. The good news is, we can do something about it.

What can employers do to manage the expectation gap?

No new hire is really 'job-ready'. At the very least, they need to learn the culture of the organization and how they are expected to fit into it. Employers can clarify expectations from day one by assimilating new hires with in-house training. Successful training programs include benchmarks to measure progress and corresponding wage progression. Providing clear pathways for people to gain new skills and be rewarded for good work is an invaluable tool in bridging the gap.

Mentoring is a proven method of training that can be applied on a large scale or a small scale. As part of a training program, mentorship is an effective way to pass on organizational knowledge as well as job-specific skills. It's been shown to have a positive impact on those who mentor as well as those who are mentored. The climate of guidance and support that mentorship creates boosts engagement and professional development throughout an organization. Mentoring is valuable on the small scale as well. People who have life and workplace experience can connect with people caught in the expectation gap by offering advice and steering them in the right direction.

Engage in partnerships with educators, beginning at secondary school level. Many young people caught in the expectation gap have never had the opportunity to learn by doing, for which there is no substitute. The development of critical thinking, problem-solving, communication and teamwork skills -- which are so vital to success in any field -- does not happen on paper. Whether large corporations or small businesses, employers benefit from collaborating with educators. The more young people have the chance to learn in a professional environment, mentored by established professionals, the more prepared, engaged and motivated they are when entering the workforce. These kinds of partnerships ease the school to work transition, making it far less intimidating and more easily navigated -- with fewer chances for getting lost in the gap.