"Mind the gap." If you've ever been to London then you'll know that phrase means to be mindful of the space between the train and the platform. A constant announcement, it glides over riders' ears and often doesn't register. Success means that people are traversing the gap without even noticing--riding the train to their next destination without a thought.

That phrase is on my mind as I reflect on the outcomes of our recent conference "Ahead of the Curve: Aging and Inclusive Development" where we brought practitioners from the global development and aging fields together to discuss the phenomenon of global aging. By the end of the day, we had identified several gaps including one on data, one on targeted investments focused on reducing the impact of aging and one to describe the lack of partnerships in support of this issue. However, despite this list of gaps, we also succeeded in identifying opportunities for societies to get "ahead of the curve" and age in a healthy and mindful way; a way to traverse the gaps without stumbling. 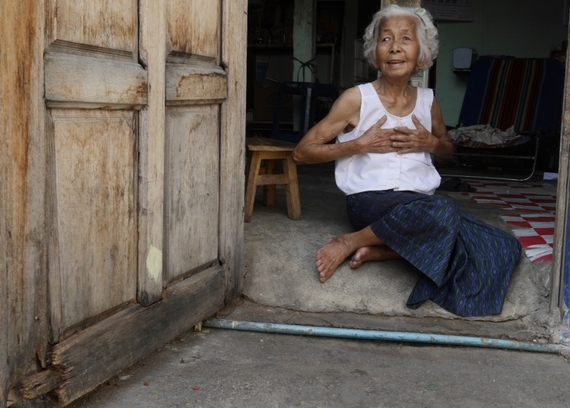 I've been talking about the data gap for awhile now. It was truly stunning to me when I first realized that the predominant global data system - the Demographic Health Survey or DHS - excludes people over the age of 49. This survey was originally designed to measure fertility rates and thus focused on the under-49 population. While I understand the rationale, it does seem ridiculously ageist. I turn 50 soon and I want to be counted!

Why shouldn't we capture data on all populations? Life expectancy is well above 49 and, in a world driven by metrics and data analysis, this gap is a real problem. How will we design health systems and community-based models that support older people's needs if we don't know what they are? While the DHS has expanded and now includes a limited data set on non-communicable diseases -- that isn't enough. Technology and self-reported systems are among the possible solutions discussed at the conference, but we need to keep pushing on this issue until we find more solutions.

Interestingly, prioritizing the data gap on older people will have a payoff that will largely benefit the younger generation when they are older, rather than the cohort of people now entering their 60s. If we start collecting data now we will be in a much better place to understand the needs of older people and will be in a position to create policies that respond to their needs.

Increased longevity means people are living and working longer; and therefore they are contributing to economic productivity well into older age. But these contributions are not easily captured as tasks like providing child-care or tending to crops are not generally counted in the formal economy.

In today's world, there is often a push to demonstrate an economic return on an investment; and those that help older people are no exception. Investing in health systems that are age-friendly or in social pensions that provide a small subsidy to older adults may fall prey to arguments that they do not provide "value for money." However financing this "gap" in services will not only be critical for aging societies, it can actually provide an economic return across all age groups.

Studies show that keeping older people engaged in society and helping them to age in a healthy way will have a huge payoff both in economic and social capital. Even big business "gets" this concept; that's why insurance companies provide free heath classes to their clients to encourage them to stay healthy and leading edge industries are actively looking for ways to help their older workforces stay productive and healthy. For example, some years ago BMW recognized that its workforce was aging. Together with their workers, they identified changes that raised productivity significantly. The changes included simple things like improving the ergonomics of machines on the assembly line, providing more training and helping workers manage their health care. Rather than seeing an aging workforce as a burden, they saw it as an opportunity to invest, which kept them employed and actively interfacing with the economy.

So just as societies have adapted through time to industrialization or technology innovations, history tells us that will happen again. The challenge will be getting nations to make these investments at the right time and not postponing them until their populations are aging faster than they can manage. 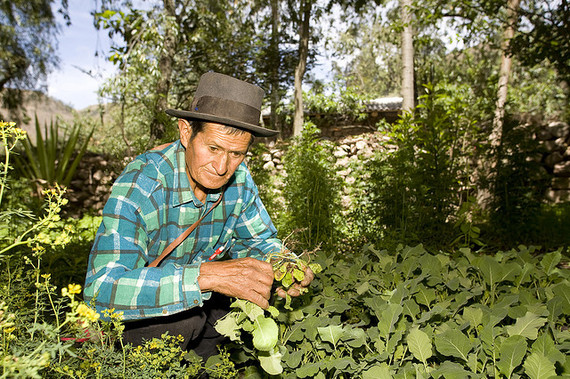 Aging nations will become "old" before they become "rich"

The last gap is simply one of a divide between two communities. Let's face it. Development and aging experts don't intermix on a regular basis but could actually benefit from collaboration. Rapid aging in the developing world means that those societies will become "old" before they've had a chance to become "wealthy." While no one can solve the inevitable process of aging, there are ways that can lessen the impacts on older populations.

Development experts know how to cure disease, increase agricultural yields and incentivize education. Aging experts have documented how involving older people at the community level, improving their health and allowing them to work if they want to greatly reduces the number of years they spend in ill health and can ensure they have a decent wage to live on. This is where a partnership between the development and aging communities could be beneficial; produce new solutions and perhaps help some countries "mind the gap" and glide seamlessly over the threshold.

The conference yielded new relationships that I'm certain will develop into new partnerships. With participants from the American Cancer Society and AARP to USAID, and from global technology coalitions to international NGOs, the future seems promising. Now we just need to narrow in on a defined agenda.

Ageism is rampant in global development structures, which often exclude older people either deliberately or because of unintended discrimination. Yet by the time the SDGs have run their course the "youth bulge" of today in many countries will be the "age bulge" of that era and 1 in every 8 people will be over the age of 60. Policies to support a dignified and secure old age should be of serious concern to today's young people, not least because they are the ones who stand to benefit from them in the longer term.

The good news is that there is a plan emerging that begins to address the phenomenon of global aging and it is getting more recognition. At the most recent G7 meeting, world leaders acknowledged the impact of aging societies on health and well-being and they committed to promoting healthy and active aging. This was followed days later by the 69th World Health Assembly where they adopted a Global Strategy and Action Plan on Aging.

The Ahead of the Curve conference happened on the heels of the World Health Assembly and I came away feeling energized that more people are becoming mindful of the gaps that exist between aging and global development. The awareness of the problem is growing - but like many global phenomena we need to do more to actively make progress on this issue. Demanding data, investing in inclusive development and forging new partnerships will put us on that path.