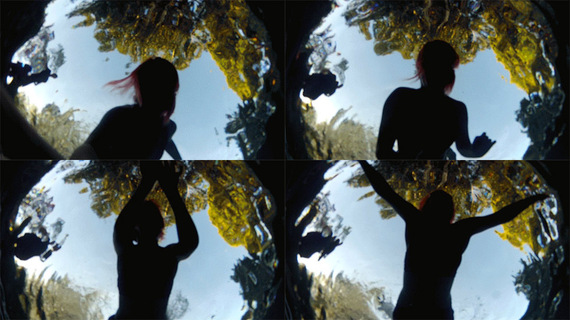 Part One considered the current hype surrounding workplace mindfulness against the dubious history of management science. Part Two here considers the use of critical mindfulness in experiments with ethical self-care.

Though we are skeptical about celebratory claims, we actually do hope that mindfulness might become a disruptive technology to transform prevailing systems. However, we insist on the importance of collective attentiveness towards the workings of power, which have shaped the dominant individualistic-therapeutic approach to mindfulness and the stresses we face in our private and public lives.

I'd like to clarify the notion of governmentality that guides our work. The blended concept of govern-mentality derives from the work of Michel Foucault. Governmentality does not refer only to the processes of the state. Rather, to think about governmentality is to explore how diverse types of knowledge, expertise, and practices are developed to guide people's voluntary conduct.

Consider, for instance, the contemporary interest in "wellness". We learn about the research conducted by medical institutions on exercising or meditation. This knowledge filters through the advice we find in the media. With the help of a trained expert or through our independent efforts, we might cultivate a daily practice of jogging or yoga or mindfulness. Companies and institutions might incorporate a wellness program into their operations.

To put it another way, governmentality plays out formally and informally as the everyday "rules of the game" for responsible conduct. Under the conditions of neoliberal capitalism, the logics of governmentality are imbued with the moral rhetoric of "free choice" and are geared towards self-optimizing, consumerist and entrepreneurial ends.

When we say we are concerned about the workings of power, we are not imagining some conspiracy of coercion, "brainwashing," or "mind control." We are mindful that the exercise of power over people cannot do without people's power to act.

Foucault's curiosity about the ethos of the care of self guiding Ancient Greek practices of spiritual cultivation is instructive here. The care of self was a vigilant attitude that individuals adopted towards their behavior and thought. The aim was to expose and transform unacknowledged habits, and to enable fresh ways of relating to others and the world. With ethical self-care the Ancient Greeks developed mastery over their passions and fostered their responsibilities as citizens.

Foucault distinguished this relational approach to self-care from the narcissism of "the Californian cult of the self." Ethical self-care is a mode of expérience, in the way Foucault evoked the dual meanings of this French word as "experience" and "experiment."

An academic friend recently started a small business in handmade facial care products. Together with her like-minded friends, they have been experimenting with self-care to work through the existing "rules" policing their experience as women/people of color/minoritized individuals within an increasingly corporatized university and in broader society. Some colleagues of mine have also started a blog featuring selfies and stories of the fashion styles of academics. The blog showcases these practices of self-care to experiment with experiences of anxiety and insecurity, and the implicit "rules" on gendered life and labor within the institutional space of academia.

In these projects of self-care the "I" is turned from a given to a question. Consumerist, entrepreneurial practices of self-care have the potential to become disruptive technologies against prevailing systems of inequality, racism, sexism, and so forth. But importantly, this potential must be nurtured with critique.

I've mentioned two scenarios involving academics, but the task of critique is not restricted to professional intellectuals. Let me quote Foucault on this:

I believe it is quite possible ... to do one's job as a psychiatrist, lawyer, engineer, or technician, and, on the other hand, to carry out in that specific area work that may properly be called intellectual, an essentially critical work. When I say "critical", I don't mean a demolition job, one of rejection or refusal, but a work of examination that consists of suspending as far as possible the system of values to which one refers when ... assessing it. In other words: What am I doing at the moment I'm doing it?

We've witnessed a friend who works as a nurse use critical mindfulness for ethical self-care. His personal practice of mindfulness has helped him to manage PTSD, and to cope with the stressful and potentially violent working conditions of a psychiatric ward. The hospital's management is advocating workplace mindfulness. But our friend questions the management's professed concern for staff well-being. He finds it hypocritical because the management has also been pursuing budget cuts, reducing health insurance benefits, and undermining union efforts to advocate for adequate staffing and support.

We take first-person reports seriously. But we recognize that it is impossible to document the experience of everyone. There is no such thing as an objective self-reporting of subjective experience. We accept that some people may speak positively about workplace mindfulness, and that there is suggestive evidence for both the benefits and risks of individualistic-therapeutic mindfulness. But the dubious track record of management science reminds us also to be cautious about celebratory hype.

We could perform this experiment by probing the motivations steering our preferred approach to mindfulness (or other practices of self-care) -- to what end? for whom or what? in whose interest?

But perhaps before all these we must ask ourselves: why should I care?

Edwin Ng, Ph.D. is an author and cultural critic currently based in Melbourne, Australia. His writings on the cultural translation of Buddhism and mindfulness have appeared in the Australian Broadcasting Corporation's Religion & Ethics blog, Salon.com, and in the Buddhist Peace Fellowship's Turning Wheel Media.

Ron Purser, Ph.D. is Professor of Management at San Francisco State University. His article, "Beyond McMindfulness," in the Huffington Post went viral in 2013.

More:
healthy livingself careWellnessMindfulnessMeditation
Newsletter Sign Up
The essential guide to taking care of your mind and body
Subscribe to HuffPost’s wellness email
Successfully Subscribed!
Wellness delivered to your inbox

Author and cultural critic of contemporary Buddhism and the mindfulness trend

Ronald Purser is a professor of management at San Francisco State University. He is an ordained teacher in the Korean Buddhist Taego Order and co-host of the podcast The Mindful Cranks.