Right mindfulness is the seventh aspect of the eightfold path of Buddhist awakening. Implicit in "secularized" mindfulness is the assumption that meditating on one's breath or present-moment bodily sensations, while cultivating non-judgmental awareness of passing thoughts and emotions, trains the mind to perceive experiences -- and even the notion of a "self" -- as transient. This alleviates suffering by detaching the mind from pursuing desires or avoiding displeasures. Recognizing that every apparently unique "self" is really part of the same universal process of becoming develops moral and ethical virtues such as compassion and generosity. Ultimately, this process leads to freedom from the effects of karma and the cycle of death and rebirth, and entrance into a transcendent state of enlightenment or nirvana.

Promoters of "secular" mindfulness avoid using the loaded words "Buddhism" or "religion," and may even steer clear of mentioning "spirituality" or "meditation." But the practice is essentially similar to that taught in many Buddhist basics classes. And the hope, expressed by certain key leaders in the secular mindfulness movement, is that introductory classes alleviate suffering for all practitioners, while providing at least some of them with a doorway into deeper, explicitly Buddhist meditation.

The most influential advocate for mindfulness in America is Jon Kabat-Zinn, a professor of medicine who learned mindfulness from Vietnamese Zen Buddhist monk Thich Nhat Hanh. While on a spiritual retreat at the Insight Meditation Society in 1979, Kabat-Zinn had a flash of insight to "take the heart of something as meaningful, as sacred if you will, as Buddha-dharma and bring it into the world in a way that doesn't dilute, profane or distort it, but at the same time is not locked into a culturally and tradition-bound framework that would make it absolutely impenetrable to the vast majority of people." During a 1990 meeting, the Dalai Lama himself approved Kabat-Zinn's strategy of modifying vocabulary in order to make mindfulness acceptable to non-Buddhists.

Kabat-Zinn developed Mindfulness-Based Stress Reduction, or MBSR, classes, at his Stress Reduction Clinic and Center for Mindfulness in Medicine, Health Care, and Society at the University of Massachusetts Medical Center. Kabat-Zinn's goal, as described in his 1990 book Full Catastrophe Living: Using the Wisdom of Your Body and Mind to Face Stress, Pain, and Illness, was to make the "path of mindfulness accessible to mainstream Americans so that it would not feel Buddhist or mystical so much as sensible." Insisting that "you don't have to be a Buddhist to practice" mindfulness, Kabat-Zinn nevertheless urges MBSR graduates to find an ongoing meditation group such as an Insight Meditation Society, an organization that Kabat-Zinn describes as having "a slightly Buddhist orientation." 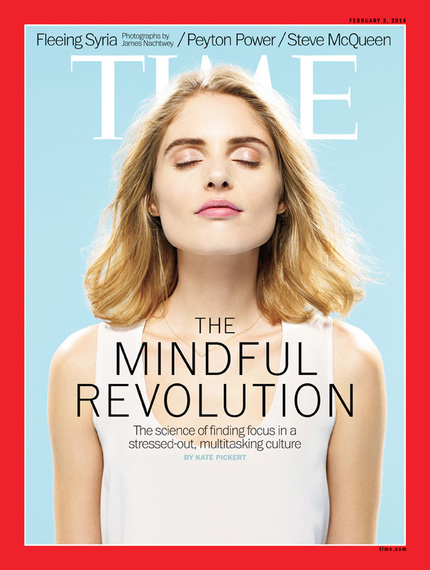 Jenny Wilks, a teacher of both explicitly Buddhist and secular mindfulness who received training from Kabat-Zinn, explains in a 2014 article for Insight Journal that "key Dharma teachings and practices are implicit" in secular mindfulness classes. Rather than "diluting the Dharma," Wilks sees "secular mindfulness" as "highly accessible Dharma," a "distillation" of the "essence" of the Buddha's key teachings, repackaged to "make strong medicine palatable." Wilks notes that some participants in secular classes "do later go on to access Buddhist classes," and reports that Buddhist retreat centers have "seen an increase in the numbers of people coming on retreats and many of them have started with a secular eight-week course."

Like Wilks, Trudy Goodman, founder of Insight LA, in California, received training in secular mindfulness from Kabat-Zinn. Goodman describes her understanding of secular mindfulness as "Stealth Buddhism" in a 2014 podcast interview with Vincent Horn of Buddhist Geeks.com:

Goodman: I really wanted us to be able to work in this community to go into hospitals, and universities, and schools, and places where as Buddhists we might not be so welcome, especially state places, which is appropriate since we have the separation of church and state ... The really interesting question is what do they do after they take that class ... And you know the reality is they aren't that different from our Buddhist classes. They just use a different vocabulary ... And the question of will people then sort of migrate into Buddhism. Some will, some won't .... anyone who practices sincerely, whether they want it or not, they are going to discover more deeply other dimensions of their being, I think it's inevitable if they keep practicing, don't you?

Goodman: My former husband George, he used to call it crypto-Buddhism, stealth Buddhism we now might say. [more laughter]

Some Buddhists affirm a "stealth Buddhist" approach to mainstreaming mindfulness as exemplifying the Buddhist virtue of "skillful" speech. Other Buddhists caution that skillful speech should always be truthful -- that if even silence may deceive, then one must speak the whole truth; exceptions apply only to those who have already reached such a degree of awakening that they are free of self-interest and seek only to alleviate suffering. Yet, proprietary, trademarked mindfulness programs hint that secular mindfulness may be implicated in the self-interested American commercial, self-help market.