Mindfulness is on the map. TIME Magazine ran it on its cover last January: "The Mindful Revolution." The Chicago Tribune headlined it: Use mindfulness to pull yourself out of a funk. An article in The New York Times urges us to use mindfulness and meditation as a powerful resource in healthy living. The Washington Post challenges us to be mindful at work. The Huffington Post offers 5 mindful things to do every day. And Forbes touts mindfulness as a tool for success. (And we all know what Forbes means when they talk about $ucce$$.)

It's like a miracle or something. Mindfulness has been my dearest pursuit for as long as I can remember. I just didn't know what word to attach to it. And maybe that was because I was fairly positive that mainstream society wouldn't support it. I've never been very good at being called names. So in an effort to lessen the offense, I decided to call myself a writer and moved to Montana where nobody seemed to care one way or another.

I have spent the last 25 years living in Montana, writing with all my mindful might. The natural world is the perfect stage to develop this practice, this prayer, this meditation, and sometimes, this way to life. I fiercely believe that creative self-expression on the page should be up there with diet and exercise as a therapeutic tool in the realm of preventative wellness ... whether or not it adds up to a published work. Writing is the best way I know to process this beautiful and heartbreaking thing called life. And nature has been my best writing (mindfulness) teacher, calling me to retreat into my most sacred, quiet, deliberate place, and find the wilderness of my words.

This time of year is a loyal reminder of the power of retreating into that still place. As summer winds down, my muse steps out of the huckleberry bushes and mountain lakes, stretches and notices the trajectory of things. Like dragonflies on screens, Monarchs on Echinacea, and bats hanging in eaves, this is the time of year when I stop the flurry of my summer checklist, and start to imagine the world white again. Dormant. Where I get still, the world sleeps, the wood stove teases ideas into words which turn into stories, and most important, morph into understanding.

Late summer's corner into autumn is the perfect time to abide with the rhythms of the natural world. To pay attention to how it prepares slowly, methodically, mindfully, for that dormancy. Nothing is an accident. Every winged thing knows that everything counts, especially the ones who stay. Every hibernating creature is taking stock, making sure it has just the right kind of burrow with the right kind of egress. I follow their lead, preparing for a winter of words.

It's the same every year. After months of ignoring the stacks in my house, the clutter in my closets, the flung grenades in my garage, I find myself hungry to clean it all out. I go through my pantry, making sure I have the basics: flour, sugar, clean Mason jars for the jam and canned tomatoes I'll put up in a few weeks. I gather the gardening tools which have been too long leaning against fences, hose them down, return them to their home in the shed. And my office -- I divide the things that I thought would matter from the things that do matter -- trash the former, file the latter. In other words, I throw away a lot.

With the first hint of chill, I know that it's time to retreat into that free zone which summer has procured. I sleep with my windows wide open to let the night air roll over me, hoping that it will filter into my dreams and fuel my muse. I keep my journal close to my bed, and I wake up early and open it, feeling my words sift through my mind's fingers like the larch needles that will fall in early October. I let them come. I don't think about how they might stack up. I don't need them to add up to anything other than freedom. Permission. Hunger. Need. The work will come in winter. For now it's time to stretch my mind, loosen what has lodged there in the summer months, let it flow.

Where do we get this free zone in life? Where is pure expression without scrutiny ever exercised in our lives? When I am in this corner season, I am less interested in the words, and more interested in where they come from. It's like a portal place. An opening deep in the forest where I used to imagine the animals and fairies and teddy bears went in the nighttime to dance around bonfires. I believed in that place as a little girl. When I am finding and releasing words in this way, I am that little girl again. We all need to be that child. Children know that freedom is more than a high concept or a goal or that it comes with a cost. They know that it is a place inside us and they know they have to access it in order to do everything else that constitutes living.

That's what writing is for me. That free zone. That place behind the words and stories. And that's what I want other people to know. It's not unlike the birds and chipmunks preparing for winter. It's taking stock. It's finding the basics. It's procuring survival. It is a retreat into self. I believe in retreats as a vital way to tap into that creative self-expression on the page. I know I need them and I believe other people do too. So in the spirit of what I have been practicing for many years, mindful writing, I started Haven Retreats.

This fall, 40 brave "grown-ups" will come to Montana to dig deeply into that wilderness that lives in them. Some will call themselves "writers." Some will not. Some will have stories they want to write. Some will simply hope for words to come and to meet them on the page like new friends. It's my job to lead them to their words by inspiring them to go places they would not likely go on their own. To facilitate an experience for them that they can walk away with and weave into their daily lives. When people do this sort of work, they become aware of who they are; that portal place in the woods where they dance around bon-fires, unabashed.

The act of going on a retreat is not woo woo. Leaving our daily lives behind and retreating into our primal rhythms, our purest flow, has been done since the beginning of time. The Native Americans went on Vision Quests. Jesus went to the desert. Buddha went to the Bo tree. Muhammad went to a cave. From those retreats came stories and words. Wise words that have lasted ages and profoundly informed how our civilization endures. Mindfulness, especially on a retreat, is ancient practice. It's no small surprise then, that our country's major publications consider this important "news." With the stresses of our current world, people are understanding the value of what we have lost and what nature does intuitively. Mindfully. Deliberately. Creating ourselves over and over again. And that, indeed, is miraculous.

The Ancient Practice That Can Transform Your Life
Beautiful Minds 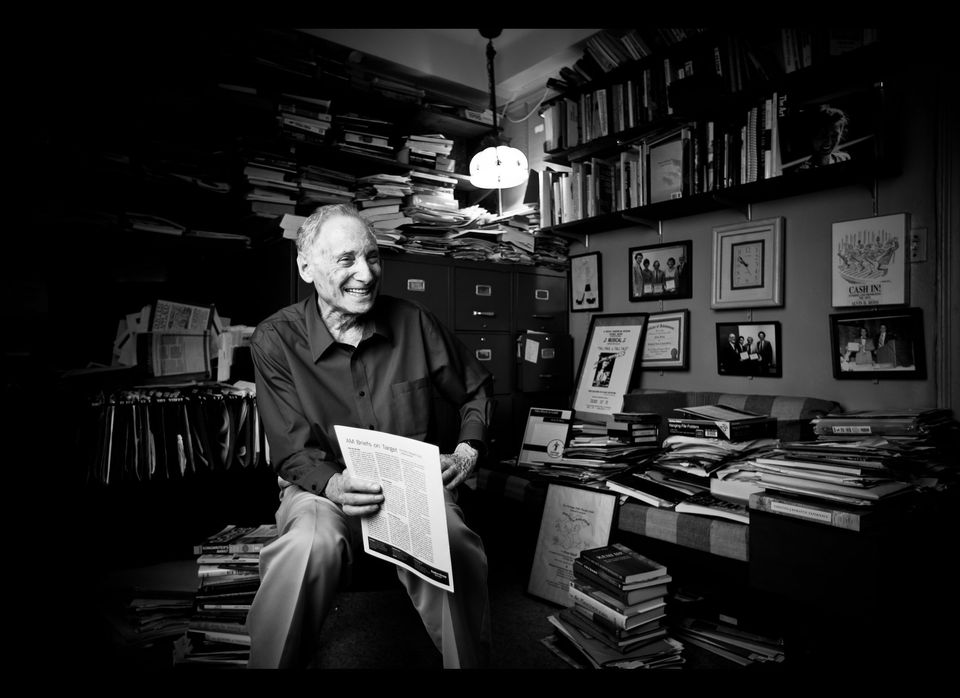 1 / 20
Alvin H. Reiss, 81, New York, NY
Over the years I've written books, humor, magazine articles and columns, had several musicals produced, taught college courses and lectured around the world. I've never lost my missionary zeal for turning others on to creative involvement. I love life. Take my WORD for it.
www.Beautiful-Minds.com