Mindy Kaling's very first cover for Elle magazine arrived yesterday, showing the world just how beautiful, chic and stylish the actress is. But not everyone was pleased.

Media outlets were quick to point out that Mindy's cover, though stunning, was a close up, black-and-white shot -- a stark difference from the full-length color photos chosen for the three other ladies who earned covers for the Women in TV issue. "Kaling has said publicly that she's a size 8, and while that's an average size for normal women, it's not exactly the Hollywood status quo. It would have been a powerful move for Elle to show a full-length shot," Styleite wrote.

Fashionista also noted: "Kaling, the only woman of color to get her own cover, is also the only cover image rendered in black and white." (Elle has come under fire before for allegedly lightening a cover star's skin as well as cropping out curvier stars' bodies.)

So what does Mindy herself make of all of the hullaballoo? It seems she thinks it's pretty funny:

That tweet seems to be the star's first mention of the so-called "controversy," and she manages to make light of the whole thing (and plug her show at the same time -- two birds, one stone). As for Elle, a rep from the magazine told E! News, "Mindy looks sexy, beautiful and chic. We think it is a striking and sophisticated cover and are thrilled to celebrate her in our Women in TV Issue."

Check out the cover in question below and tell us: Do you think all of the chatter was merited?

UPDATE: Mindy is officially 100 percent on-record about loving her Elle cover: "I love my @ELLEmagazine cover. It made me feel glamorous & cool. And if anyone wants to see more of my body, go on thirteen dates with me," she tweeted on Tuesday. 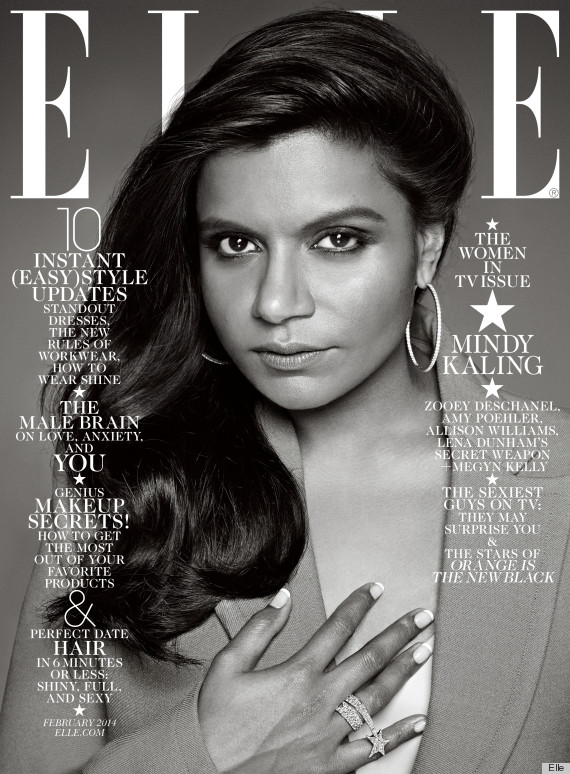 She has great taste: