"The Mindy Project" is about to come back on the air and fans are dying to know what will happen between Mindy Lahiri and Danny Castellano after their steamy make-out on a plane. Will they crash and burn? Will they fall madly in love? HuffPost TV has some theories. But because we just couldn't sit here twiddling our thumbs until April 1, earlier this month we headed over to the Universal lot and talked to the cast ourselves.

HuffPost sat down with Mindy Kaling in her (dimmed, unused) TV set living room to take her pulse on the kind of pressure she's under, tongue-kissing etiquette and how the show is actually a reaction to "The Office." Highlights below:

HuffPost: How different is working on “The Mindy Project” from your eight years on “The Office”?
Mindy Kaling: The show is very different. But in terms of the writer's room, it’s actually very similar. How we break episodes and pitch on stories and the amount of time we get to write episodes. I loved that dynamic at “The Office” and did it for eight years, so for me, it was not broken so that’s how we wanted to do it. But I think a lot of rooms run that way. So that is the same-ish.

I think that the storytelling and the kinds of stories we tell is very different. We are not a mockumentary. We are a female-led show. Actually, you know, Michael Scott was similar in that he wanted to find love. This show is a little bit of a reaction from “The Office,” to be honest. This is New York City, we all have nice stuff, go on dates, and go to restaurants and bars and fashion has become part of the show in a way that I was not expecting.

So in some ways, it’s a reaction, but in other ways it’s very similar to “The Office” in terms of the amount of jokes. There are hard joke writers on the show. And I think a lot of times with shows where it’s pretty and the apartments are nice, people don’t expect it to also be funny. Our bar is very, very high in terms of being a truly funny show. 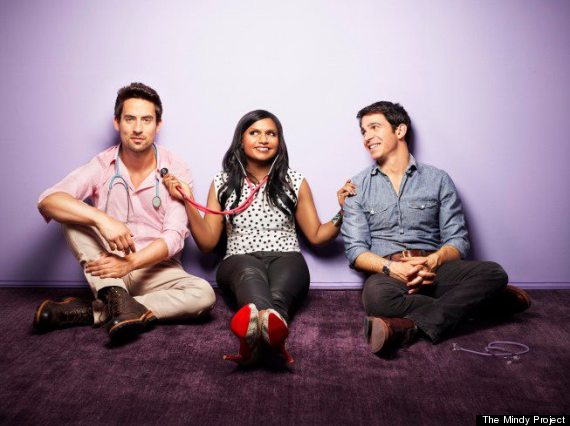 What does the pressure feel like for you on “The Mindy Project” versus “The Office”? It literally has your name on it.
I think when your name is on the show, if people like it or don’t like it, it’s sort of on you. But I’m blessed to be confident enough that that sort of excites me as a challenge [laughs]. I had so many years of being part of a group putting on a show together that I was ready for this. The things that make it most challenging are also the things that make it the easiest. So because I’m here so much of the time -- editing, writing, producing and acting obviously -- I’m here a lot so that can be really taxing. But it also lets me make decisions faster. They don’t have to go find me. I’m in a scene, so I can make changes on the fly. We don’t have to go down a whole system of people. As the lead actress, I’m not at odds with the showrunner because I am the showrunner.

You’ve said it many times, but your advice to youngsters is to write your own roles. And that’s exactly what you’ve done for yourself with this show.
I know where it’s going and I know where it’s been because I have been in the room so much. It’s easier for me to make decisions. I think that speeds things up on the set, too.

Everyone wants to know about the kiss (finally!) at the end of Season 2 between your character and Chris Messina’s. Was it as steamy as you imagined? Did you do a ton of takes?
Chris and I spend so much time together. There’s a thing when you kiss on camera, where you’re not supposed to use your tongues.

Is that just assumed or people talk about it?
It’s kind of a thing you learn as an actor. It’s like not professional, or something. But Chris and I are both feel like you can tell when people are not kissing-kissing. And we are so comfortable with each other that we just went for it. 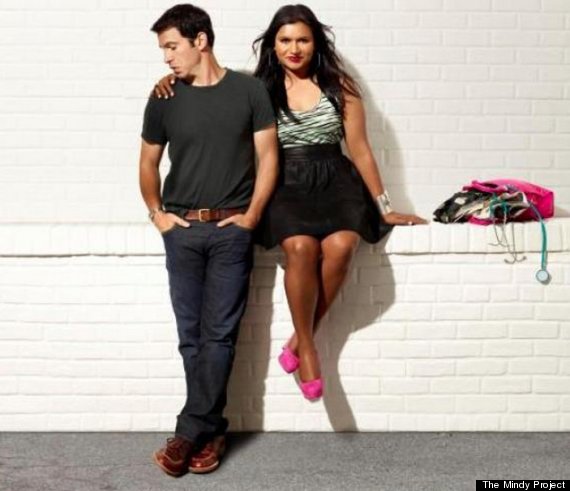 Did you discuss it before?
We kind of had that conversation at the beginning of the first season. When I have other guys come on the show, that’s just how we do it. We just kiss. We do it because it’s real. It’s not the end of the world. Usually it’s guys trying to be chivalrous to the girl. So if you are the girl and you feel like it’s fine, you let them know that it’s okay. Also it’s fun. Nobody doesn’t like to kiss.

That’s one thing that was nice -- it was a real kiss. Another thing that was nice is that it wasn’t just a kiss, it was kind of a make-out! We were very tactile. He feels comfortable touching me. There was a lot of permission granted which made it juicy. It was a nice juicy kiss make-out.

How did you find Chris Messina? Was he one of the first people who came on? You guys have such great chemistry.
I saw Chris in “Six Feet Under”, “Away We Go” and “Damages.” And he was so good. What’s funny is that I didn’t see him in any real comedies. I sensed that he was funny. 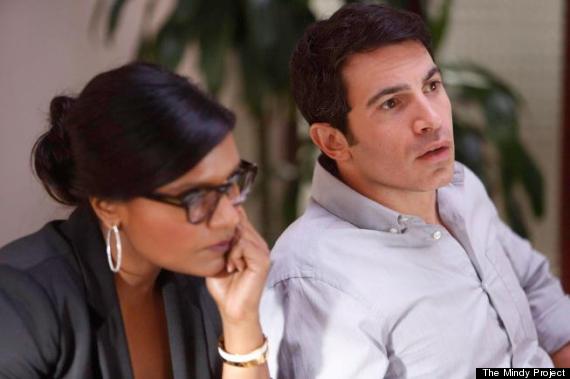 And he can dance!
I didn’t even know that he could dance. He was so good in “Away We Go” and I thought that my energy was so different from that and I just felt like he would be great. He can do so many things that I can’t do.

How did it come about that his character, Danny Castellano, is secretly an amazing dancer?
He told me early on that he had done some dancing and in our “In The Club” episode, she sees him dancing and he loves that Mindy thinks he’s a good dancer. So in Season 2, we were thinking of the most romantic things or things that are not expensive gifts. So we thought Danny taking the time to teach her a dance to a song he didn’t even like would be a truly romantic Christmas Eve thing. And he was just so cute doing it.