This column features stories from students exploring the intersection of creativity and technology through Hive Learning Network programs in NYC and Chicago.

What do you expect in the library? Do you see a quiet environment in which one is "shushed" as soon as their mouth opens? Well, this is not the case at the Brooklyn Public Library, especially on Saturday afternoon.

On Saturday March 30, both T4s (Today's Teens Tomorrow's Techies) and Global Kids met for a day full of fun and gaming, led by instructors from MinecraftEdu. We started with a series of game design workshops, then the main event was HungerCraft, a cooperative mod for the game Minecraft. In case you don't know, Minecraft is a sandbox game, where you could build anything and everything from the threads in your imagination.

The instructors from MinecraftEdu challenged us with a series of tutorials, teaching us the basics of Minecraft. We started with simple move commands, then moved into how to build and survive on our own before everyone was released into an open world. After the tutorials, we started formed their own little groups, so we could experience the freedom of Minecraft. Our particular group decided to go out really far and explore cave systems.

Slowly, in the open world, we were introduced to the various mechanics of the actual game of Minecraft. We had to collect resources to survive; there are health and hunger bars to watch; even monsters that can appear at any time. As we got closer to lunchtime, the administrators continuously spawned monsters, and it became a virtual fight for survival that would prepare us for the evening.

After lunch, we were split into two teams; each team represented a group from the popular book, The Hunger Games, by Suzanne Collins. The T4s represented District 12, famous for their coalmines, and the Global Kids were the Capitol. The objective was to create a functioning society where we traded the resources we needed. However, things did not work out as planned.

It started out okay, with everyone building and having fun, but we weren't prepared for the chaos that would soon ensue. What had happened was that at a trading post, where both the District 12 and Capitol members were allowed to trade, there was an iron door that was only accessible by the Capitol. This trading post was very important to the game because District 12 required food, while the Capitol needed coal to make food, so each side needed the other for survival. Trading was about to begin, but then the door became accessible. The Capitol opened the door, and stepped out to see how District 12 was functioning. What they saw was a surprise -- the District 12 members were ready and had already made weapons and homes, due to the large amount of experienced Minecraft players on the team.

As a result, the Capitol members had to run back to base to start building up their supply, which they didn't expect to do because of their extreme wealth. And that was when 2012 had been unleashed. One of the players for District 12 was named 2012, and his action aptly fit his name. 2012 snuck into the Capitol's base and stole their resources. From there, trust was broken and it turned into a battleground. The Capitol fought to get their resources, while District 12 fought to protect themselves. The game turned into a challenge to see who could get the most kills, and none of us were sure who had won this war.

But, not all the teens in the room were bloodthirsty -- some wanted to trade. One member, called Jedi, had prepared a garden in which he gave food to his fellow District 12 members. Jedi prepared this garden as soon as he noticed that the conflict between both sides began to erupt. Another member, named Kristi, tried to assure peace by nominating herself as a delegate for trading. These delegates would carry no weapons and wouldn't be harmed. 2012 had ultimately destroyed the Capitol, and as a result, the Capitol members would stand in the trading post and kill any member of District 12 that came by their path, no matter how harmless they were.

After HungerCraft was shut down, we reflected on what happened during the game by moving some members from each team to the other side to discuss the happenings of the game as friends. We realized that small parts of both teams were on their way to create self-sustaining communities, eliminating the need for trade. We discussed why this chaos may have occurred and came to the conclusion that it was about the lack of communication. Not only between these teams, but also within the teams. If both teams had decided on the idea of delegates before the chaos occurred, then no bloodshed probably would have fallen. Also, there would have been a system of trust so large that both the District 12 members and Capitol members would be able to survive in harmony.

When discussing these issues on a global context, we realized that this occurs in every developing country or state. As it happened in the game, the Capitol members noticed that the District 12 members had weapons and supplies, enough to start attacking the Capitol, and fell into a state of paranoia. This "calm" lasted until the legacy of 2012, in which all trust was broken. The Capitol had weapons beyond the reach of District 12, but nevertheless attacked it. This was similar to the rising of Germany during World War I. Other countries, especially Great Britain, went into a state of paranoia when Germany started to build up its military. As soon as an excuse for war arose -- the killing of Franz Ferdinand -- chaos set in, and so began one of the most horrible wars in the world. 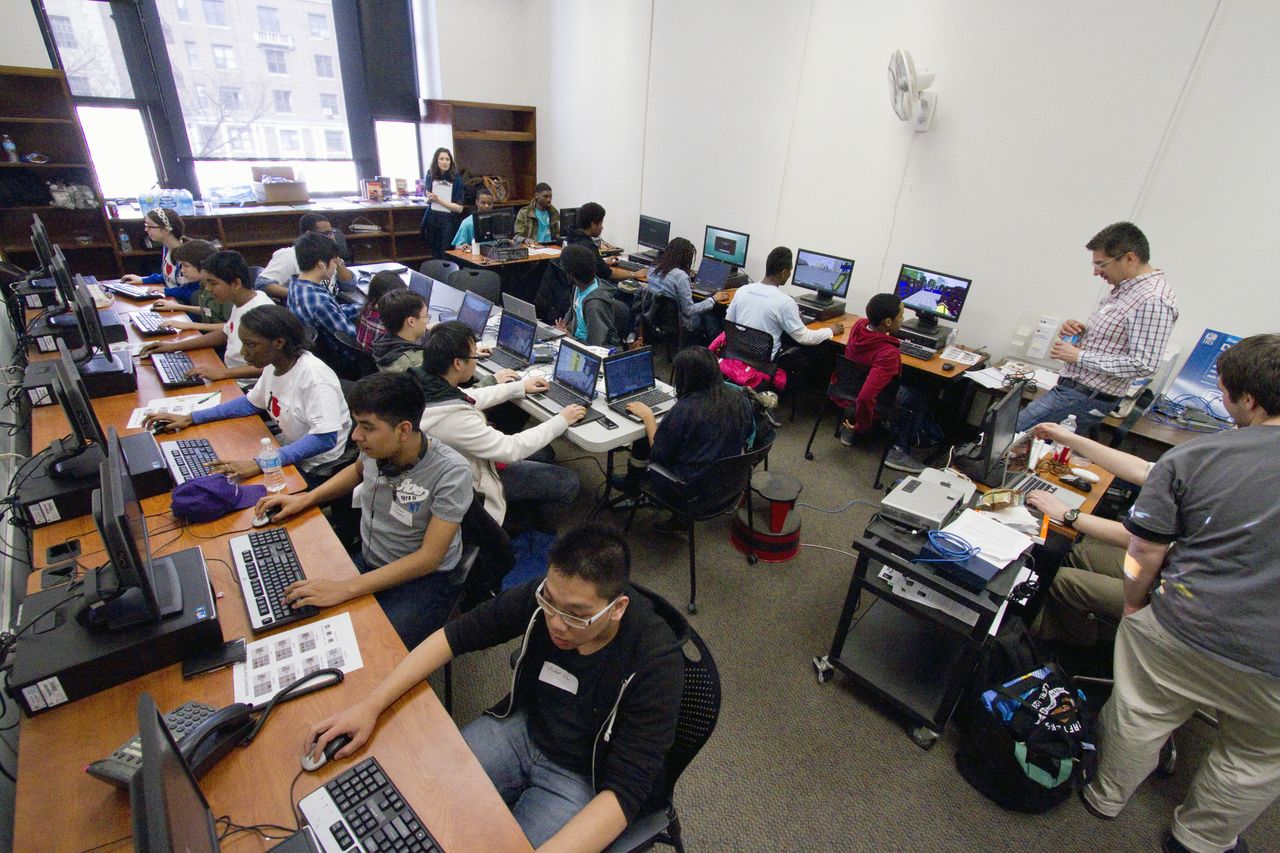 We viewed this event as an opportunity to open our minds. Sure it was very fun and entertaining, but the teens from both groups also went away realizing the need for better communication and delegates, increasing the significance of the United Nations. These revelations all occurred within the walls of the Brooklyn Public Library. Who said video games aren't educational?