You don't have to think too far back to recall the limits of awareness of some candidates running for office in the most recent election cycle. Perhaps a simple quiz would spare voters from unreliable candidates. 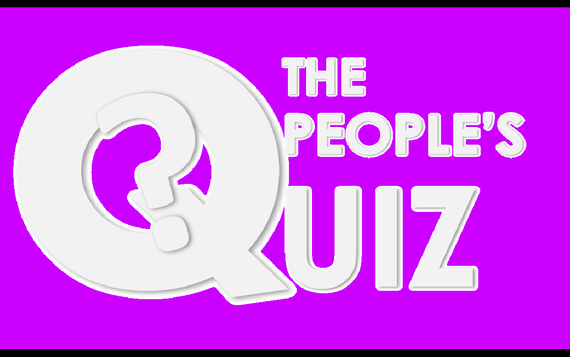 In 1971, the 26th amendment to the US constitution made it possible for all those over the age of 18 to vote for a candidate running for public office -- right from local elections to presidential elections. Until this time, you had to be 21 to vote, and the amendment was put in place as a consequence of significant protests from young people who felt if the country thought 18 year olds were old enough to fight and kill for the country, then they should have a say in who sent them out to fight and kill.

The age requirements to run for public office at the local level, vary across the country. While most states require individuals running for office to be in the 25-30 year range, in Ohio and Rhode Island, if you're 18 years of age, you can run for any local and state level public office, including governor. Having an age baseline makes sense, because those areas in the brain that are responsible for rational thought, continue to develop until the age of 25.

If minimal age requirements are in place, why don't we have minimal knowledge requirements for people who want to throw their hats in the ring to run for public office? While literacy is definitely desirable in a candidate, the truth is that literacy is not an index of knowledge -- you can be fully literate, but still be ignorant. The Republican party primaries started with a parade of 17 candidates, some less knowledgeable than others; and then there was Mr. Gary Johnson, the Libertarian Party nominee, who had no knowledge of Aleppo. All these candidates were high school graduates, yet displayed an ignorance of facts, and a lack of knowledge. Because to be a candidate the bar is really nominal. To keep the process going, a candidate can receive matching public funds for a presidential campaign, if s/he raises a minimum of $5,000 from at least 20 states.

Rights of children
The fact that these candidates were ignorant on a variety of issues, yet were emboldened to continue in the process, and then finally be elected president, is in some ways a consequence of a broader issue of access to information, and ability to process it to become knowledgeable. While inherent aptitudes might be adequate to process information, education can supplement such skills. Article 28 of the United Nations Convention on the Rights of Children (CRC) commits signatories to "recognize the right of the child to education, and with a view to achieving this right progressively and on the basis of equal opportunity, they shall, in particular:
(a) Make primary education compulsory and available free to all;"

The CRC was adopted by the United Nations General Assembly on November 20, 1989, and Somalia has been the most recent of the 195 countries who have signed this international human rights treaty. The US and Sudan are the only two countries who have not yet ratified this landmark treaty.

Inconsistent expectations
Across the US, state regulations on childhood education are variable both on level of proficiency and school attendance, although the Common Core State Standards Initiative is an attempt to bring some consistency and raise the overall standards to empower students graduating from high school to be competitive with their peers from other countries. American colleges and universities are some of the most prestigious places of higher education, and attract students from all over the world. As the number of foreign high school students seeking admission in US colleges and universities has increased, the performance of US 15 year olds when compared to students from other OECD countries has diminished -- to an all time low rank in 2016. Educators across the country, irrespective of their preferred mode of reinvigorating the education system, are alarmed at how poorly our students are faring in the global context. With the specter of Betsy DeVos looming large as the new education secretary, educators are going to work significantly harder to create a learning environment and process that will help our students regain lost ground. 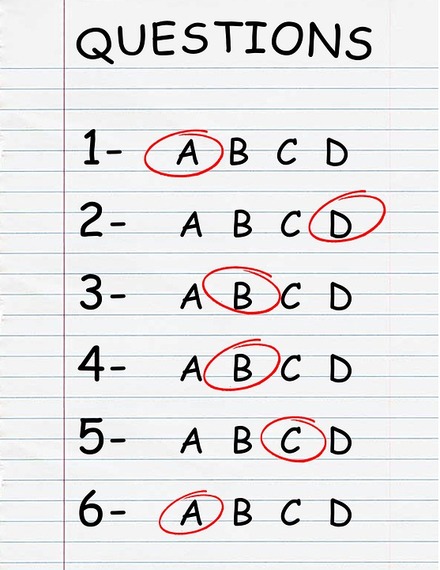 There is no dearth of evidence linking achievement in the classroom to a more informed and thoughtful citizenry. A citizenry from among whom will come a leader, well screened by said informed and thoughtful citizenry. There will always be those who are better informed than others, but to get the most informed person who will be able to distill information into knowledge that will guide the country into the future, a simple quiz -- not something as rigorous as Jeopardy! -- would save us from the place we find ourselves in today.

Behind the sulfurous fog of executive orders that have already harmed the increasingly tenuous credibility of the US, Mr. Trump and his cronies are busy with other machinations that will grievously affect many lives both here and abroad. But few seem to realise this, which makes sense when you see that the US is the second (of fourteen) most ignorant country when it comes to important social issues. Mr. Trump might just succeed in Making America Great with his ghastly executive orders and overall meanness, elevating the US from being the second most ignorant country to the most ignorant country. Take this quiz to see how much you know about your country, and then let's change the course we seem to be taking.