Dr. Mark Laaser is a thriving ordained pastor today, but his past is much darker thanks to another man of the cloth abusing him as a child. He joined HuffPost Live to talk about his sexual assault and how that contributed to his addiction to sex.

"What helped me finally was breaking that silence, being able to talk about the immoral behavior that I was doing and to get community around me to support me in making the healthy changes," Laaser said.

Overcoming the abuse wasn't Laaser's only struggle -- once he recovered, he and his wife had to redefine their sexual relationship after 15 years of marriage.

"Part of the first 15 years of our marriage, we had sexuality, we produced three children, but it wasn’t imminently connected," Laaser said. "My brain was never really in the room when we were having sex. My brain was off other places, and I think part of our journey of healing has been the integration of emotions and spirituality into sexuality." 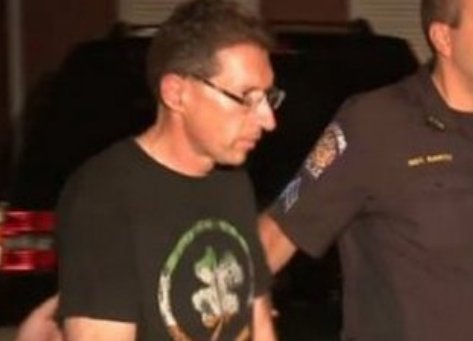 1 / 10
W. Jeffrey Paulish
Paulish, a Catholic priest, was charged with molesting a 15-year-old boy after police say he was "caught in the act." The 56-year-old priest was found in a car with the pantless boy on the campus of Penn State University.<a href="https://www.huffpost.com/entry/w-jeffrey-paulish-caught-with-pantless-15-year-old_n_3971522" target="_blank"> Read more</a>
WNEP