Actress Minka Kelly is kicking butt as one of "Charlie's Angels" in the reboot of the iconic 1970's series, but before she was a household name, the 31-year-old had a surprising career.

Kelly told "Late Show" host David Letterman that she was a scrub nurse for four years -- prepping operating rooms, and suturing up patients. The actress said she hadn't planned on working in the medical industry, but found herself working in a doctor's office in exchange for plastic surgery.

She explained to Letterman that when she was 19, she was approached by a former Playboy Playmate who wanted to manage her acting career.

"She was very seductive and said that she wanted to manage me and that I had a lot of potential," Kelly said. "She said that she could get me a job at this doctor's office in return for plastic surgery which I would need to be a Playboy Playmate."

Hard to believe anyone would tell the gorgeous actress she needed work done, but Kelly told Letterman the Playmate told her she needed, "lipo, fake breasts, a few veneers and all kinds of stuff."

Minka took the job, but said she only lasted a month, because she realized she didn't want any plastic surgery after all.

"When I told [the former Playmate] that I didn't want [surgery], she said I would never be Playmate of the Year and I said, 'I think that's okay. I'm okay with that.'"

While Kelly didn't last long in that office, she took a course to become a certified scrub nurse. Had her acting career not taken off, she might still be working in medicine today.

Check out some photos of Minka's top 25 red carpet looks. 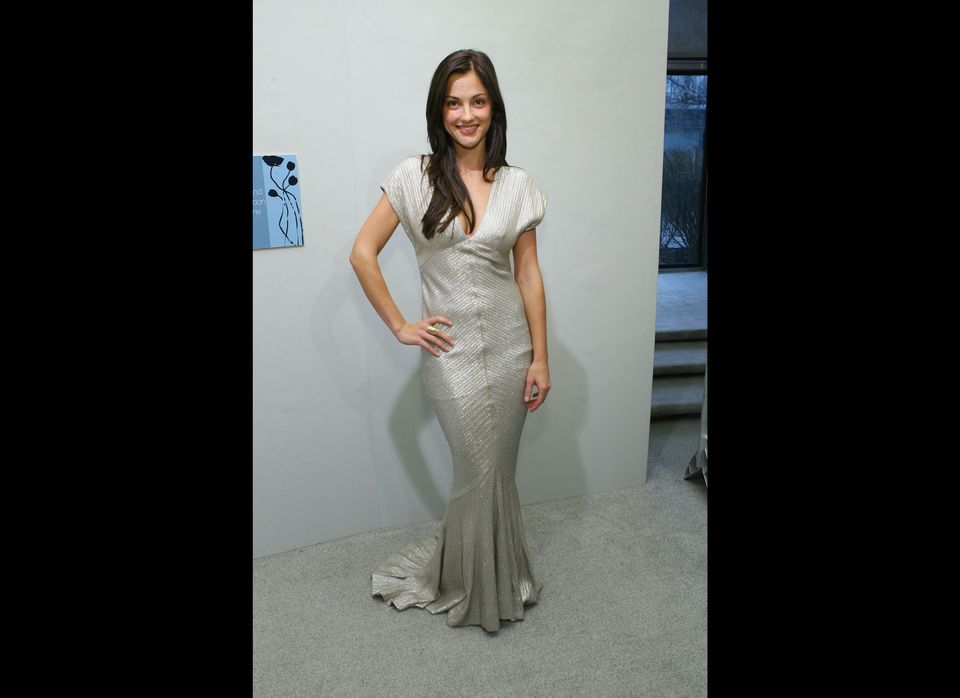