The library at Minneapolis' Benilde-St. Margaret's has no books, but the space at the Catholic preparatory school is proving to be more useful than ever -- digitally.

The school scrapped its entire 5,000-copy print collection in 2011, save some reference titles. Teachers selected titles they wanted to keep for classroom libraries, and the rest were donated to schools in Africa.

Now, the once bookshelves-filled library is occupied simply by tables and chairs where students work with school laptops. While schools across the country cut back on library resources for budgetary reasons, the move at Benilde was influenced by shifts in student need and behavior, according to the Minneapolis Star Tribune.

At the new, digital Benilde library, students can do research through online databases like Gale and ProQuest and get help from math and literacy coaches. Skinner is also looking to equip the space with more laptop stations, an interactive whiteboard and a large monitor for students to "throw tup things on a screen" during group work.

Benilde's venture comes as the Obama administration has called on schools to embrace digital textbooks by 2017. At a time when the younger generation has taken information gathering and communications online, digital books are being viewed as a way to provide accessible, interactive and fresh learning that could also save districts money.

"When a student reads a textbook and gets to something they don't know, they are stuck," Federal Communications Commission chairman Julius Genachowski told the Associated Press last February. "Working with the same material on a digital textbook, when they get to something they don't know, the device can let them explore: It can show them what a word means, how to solve a math problem that they couldn't figure out how to solve." 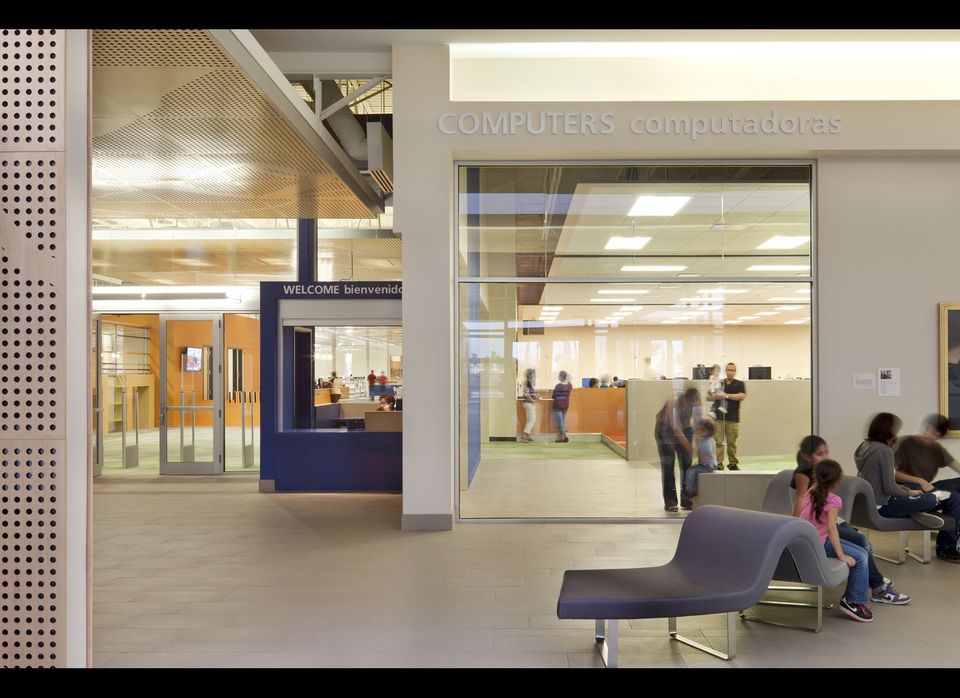 1 / 10
Public Library from a Wal-Mart
The International Interior Design Association recently selected the McAllen Public Library as the winner of their 2012 Library Interior Design Competition. The city inherited the former Wal-Mart after the retailer closed the store and abandoned it. The decision was made to reuse the structure and create a new main library within. Meyer, Scherer & Rockcastle, Ltd. of Minneapolis were selected to handle the interior design which the city required to be functional, flexible and affordable to construct.
©Lara Swimmer Photography