Minnesota has a long and storied history of music making. From the Hutchinson Family Singers during the Civil War to the Andrews Sisters in World War II to Bob Dylan, Prince, funk, punk, and beyond, the creation and enjoyment of music is central to our cultural life. Currently on display in the Minnesota Historical Society's Gale Family Library is a small selection of many music-related treasures in our Collection; we offer a few here to pique your curiosity.

These spectacularly purple lace gloves were, of course, worn by the one and only Prince during the making of Purple Rain, 1984. 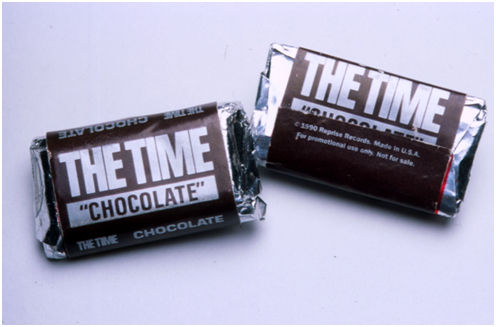 No doubt you remember the band Morris Day and The Time, Prince's nemesis in Purple Rain? Here are promotional chocolates created in 1990 (after the movie) to promote the band's single, "Chocolate." 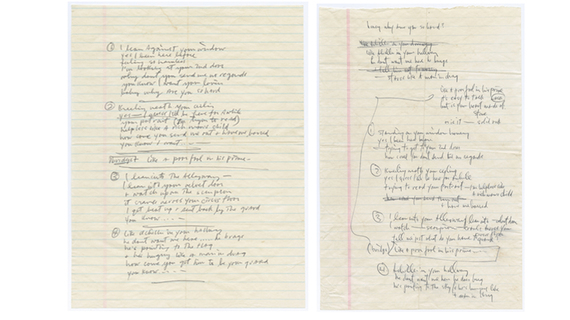 But before the Minneapolis Sound became known, there was Bob Dylan from the Iron Range. These are the original hand-written lyrics by Dylan to "Temporary Like Achilles, " which Dylan recorded for his double album Blonde on Blonde. 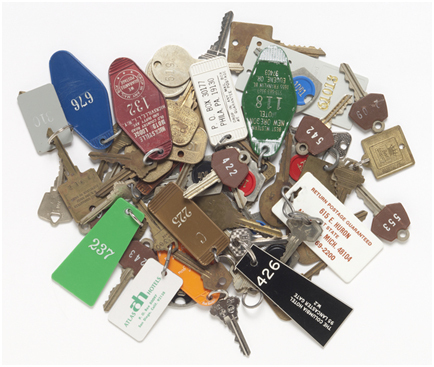 There are over 50 hotel keys in this collection, which were "acquired" by The Replacements drummer Chris Mars over the band's years of touring. This is just a "small" selection from the much larger group offered. 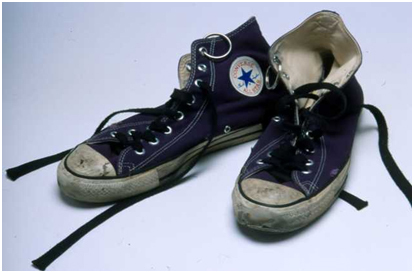 Few things are quite as evocative of the 1990s music scene as beat-up high tops. This lovely pair of Chuck Taylor high tops (again with the purple!) was worn by Karl Mueller, Soul Asylum bass player, 1994-1999.

And we can't leave out the iconic women of rock...the guitar above belonged to Vixen founder Jan Kuehnemund, pictured at left in the photo below. 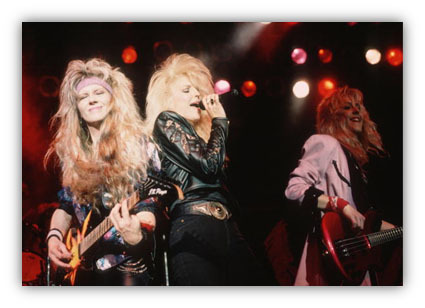 Check out the Minnesota Historical Society's Collections Online for more images and the Library catalog for printed works on our state's musical heritage! More is being added all the time. And if you're local, come see the Library display, free and open to the public during Library hours!