"The undeniable truth is that the everyday educational experience for too many students of color violates the principle of equity at the heart of the American promise," U.S. Secretary of Education Arne Duncan said on an embargoed phone call Monday afternoon. "It is our collective duty to change that." Duncan is expected to make similar remarks Tuesday at Washington, D.C.'s Howard University.

The numbers, to be released Tuesday, are jarring. Black students are more than three-and-a-half times as likely as white students to be suspended or expelled, according to the Education Department's Office for Civil Rights' survey, known as the "Civil Rights Data Collection." More than 70 percent of students arrested in school or handed over to law enforcement were black or Hispanic.

But Duncan and Assistant Secretary for Civil Rights Russlynn Ali both stressed that the data is not "alleging overt discrimination in some or all of these cases."

The disparities are also inherent in access: Twenty-nine percent of high-minority schools offered calculus, compared to 55 percent of schools with smaller black and Hispanic populations.

"We are issuing a challenge to educators and community leaders across America to work together to address these inequities," Duncan said, referencing President Barack Obama's goal to "lead the world in college graduates by 2020."

"For many folks in the civil rights movement, it's not enough to judge schools on the basis of student achievement as measured by test scores," said Dianne Piche, a former OCR deputy who now oversees education policy for the Leadership Conference on Civil and Human Rights. "You also need to look at ... barriers to achievement that schools are erecting for our students."

And counter to some schools' beliefs, suspension of alleged troublemakers rarely boosts achievement, said Dan Losen, who directs the University of California, Los Angeles Center for Civil Rights Remedies. "Schools that are not loosey-goosey on discipline but are doing it in a way to teach appropriate positive behavior, tend to have higher achievement and lower suspension," he said. "The idea that we kick out bad kids so we can teach the good kids is a myth."

The first half of the survey measured opportunities, such as advanced placement courses available or the number of inexperienced teachers.

While Duncan said he hopes the data will get schools, districts and states to start "conversations" about these policies, "and ultimately actions," it is unclear how these actions will take shape.

"Part of the problem is that folks feel like they're being called racist if they see data like this," said Russell Skiba, an Indiana University, Bloomington education professor.

Districts, Skiba said, tend to look at this data and assume that students from minority backgrounds simply act up more -- but according to his research, that's not the case.

"If you look at kids in the same district in the same school, there is no data that African American kids are actually engaging in more severe behaviors that lead to a higher percentage of expulsions and suspensions."

While Losen said the much-anticipated data is helpful, he expressed the need for it to be released sooner than two years after its collection. "We need this data faster," he said. "If it were test data, they wouldn’t wait two years to release it." 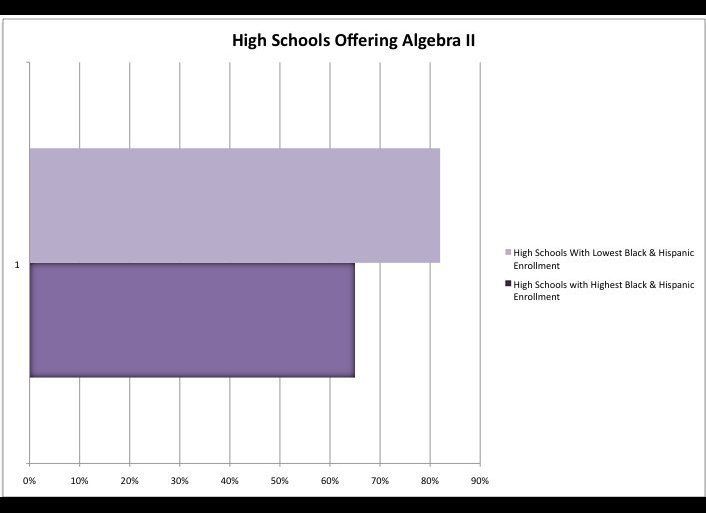