In a tight race to the finish, President Barack Obama and Gov. Mitt Romney won't only be looking to swing states like Ohio and Florida for a win, but to the large number of young voters expected to turn out at the polls.

While youth engagement in the 2012 presidential contest has consistently trailed its 2008 high, a survey released last week by Tufts University's Center for Information and Research on Civic Learning and Engagement (CIRCLE), revealed a surge in youth interest between June and October, with the number of individuals who say they are "extremely likely" to vote this year jumping by close to 10 percentage points to nearly 55 percent.

In a query of 1,695 and 1,109 young voters in June/July and October, respectively, two-thirds said that they were either extremely or very likely to cast a ballot in this year's election. Among them: Nearly three quarters of black youth and more than half of Latinos.

Of note, however, is the role that state voting laws will play in potentially keeping those groups away from the polls.

According to a study published in September, as many as 700,000 young minority voters, including African Americans, Latinos, Asian Americans, Native Americans and Pacific Islanders, could be barred from voting because of photo ID laws passed across the country in recent years.

"One problem area continues to be young people’s lack of awareness of state voting laws,” said CIRCLE director Peter Levine, referencing the poll, which found that African-American youth were more likely to assume that there are strict rules in their states than youth of other backgrounds.

Racial and ethnic distinctions were also made on the grounds of candidate and institutional support. Since the summer, Obama has gained traction with minority youth -- 10 points with African Americans and 14 points with Latinos -- while backing for Romney has steeply tapered off.

Here's a look at where both groups stand in their views on each candidate and the issues that matter to them most.

PHOTO GALLERY
Minority Youth Influence On The 2012 Election
Download
Calling all HuffPost superfans!
Sign up for membership to become a founding member and help shape HuffPost's next chapter
Join HuffPost 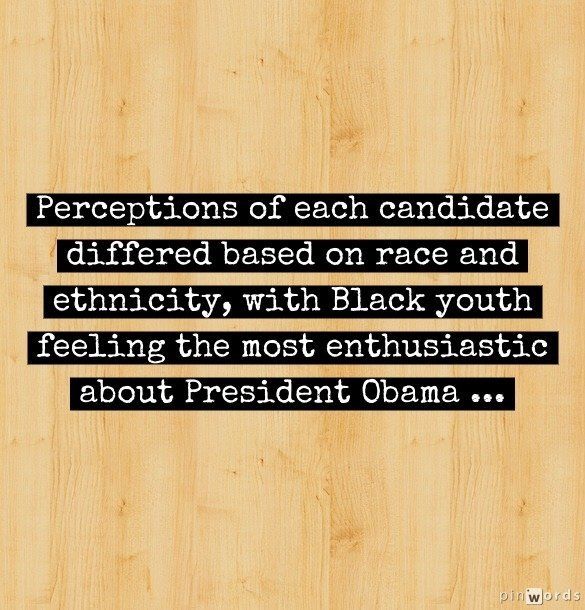 1 / 11
Source: CIRCLE (The Center for Information & Research on Civic Learning and Engagement)