Miranda Kerr is taking over for Moss as the face of Mango, the retailer announced Wednesday morning. Kerr will start as the fast fashion brand's "ambassador" with a Spring/Summer 2013 ad campaign shot by Inez van Lamsweerde and Vinoodh Matadin.

Said Miranda diplomatically in a press release, "MANGO is a brand that I love." Cool, we figured as much. We're more curious about why Kate Moss, the face of Mango since January 2012, is stepping aside. Although we were initially skeptical of Kate shilling for such low-budget duds (she was the face of Versace, for chrissake), her ads actually came out beautifully... and a tad, um, dangerously.

But out with the old, in with the new. At the time Moss arrived at Mango to replace Isabeli Fontana and now Kerr has come to replace Moss. She actually joins a surprisingly long line of models who've posed for the Spanish retailer, including Milla Jovovich, Karolina Kurkova, Naomi Campbell, Eva Herzigova, Claudia Schiffer and Christy Turlington (who knew?).

Check out a sneak peek from Miranda's new ad campaign. Think the Aussie superstar is a good fit for Mango? 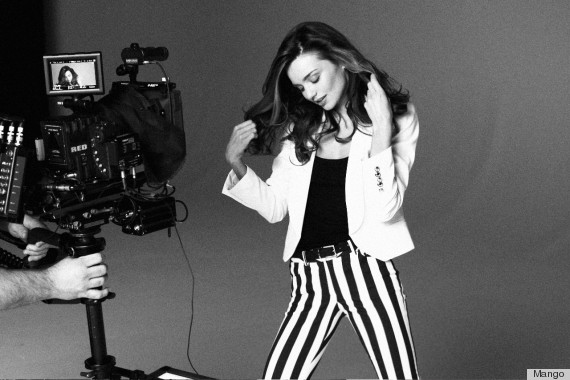 See who else has posed for Mango:

The Faces of Mango