Super model Miranda Kerr is taking it all off for the May 2014 issue of British GQ, and gives the magazine nothing but the naked truth when it comes to sex, sex and more sex.

Kerr is newly single after splitting from husband of three years, Orlando Bloom, back in October 2013. And while the 30-year-old is dating again and "loving it," she admits she's having far less sex than she used to, which is taking a toll on her body.

"One thing I’ve noticed is now that I’m having less sex my body isn’t as toned. The more sex I have, the more defined my arms and stomach get," she explained to British GQ. "Orlando and I always had great chemistry. One-night stands aren’t my thing. I made Orlando wait for six months until I even kissed him.”

Now that Kerr is back on the market she says she's toyed with exploring her sexuality, and reveals that while she's not down with one-night stands, she might be up for getting frisky 30,000 feet in the air.

"Let’s put it this way, I’ve had an orgasm in the air before. Alone. And together," the card carrying member of the mile-high club said when asked about her sexual antics in the sky.

And that, ladies and gentlemen, is the reason you fly private. 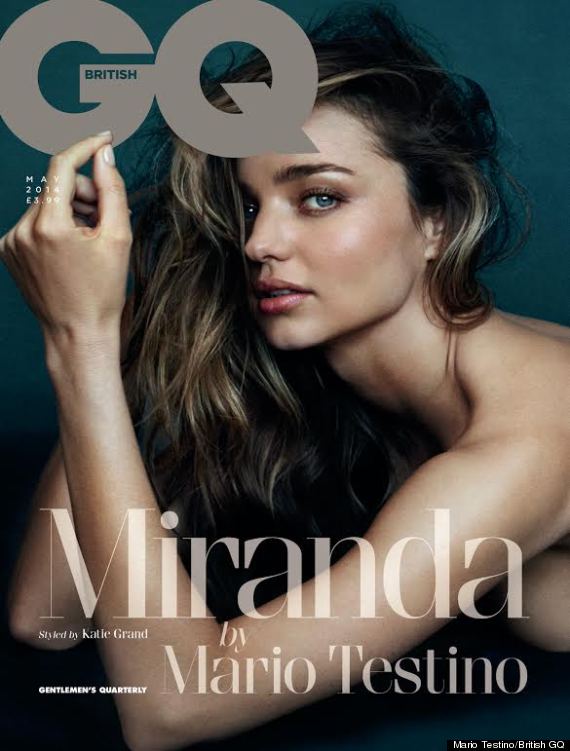 For more with Miranda Kerr head over to British GQ, or pick up the May 2014 issue on sale April 3.

CORRECTION: A previous version of this article stated that Miranda Kerr is up for getting frisky at 3,000 miles above ground, however that would mean she's been taking trips to outer space.