Miranda made her first runway appearance of the season for Stella McCartney on Monday, modeling the British designer's chic dresses in Paris. The 30-year-old stunner may be twice the age of some of her model peers, but it's still easy to see how Miranda achieved supermodel status.

Joining Kerr on the catwalk: Cara Delevingne, the 21-year-old model of the moment and fellow Victoria's Secret pal who's been stomping her way through the European shows.

It's rare to see Angels walking bona fide fashion shows these days (superstar Karlie Kloss is the exception, not the rule), as most high-end designers favor a less "curvy" body type than that of your typical lingerie model. Here's hoping we see more of Miranda and her cohort in future high-fashion gigs! 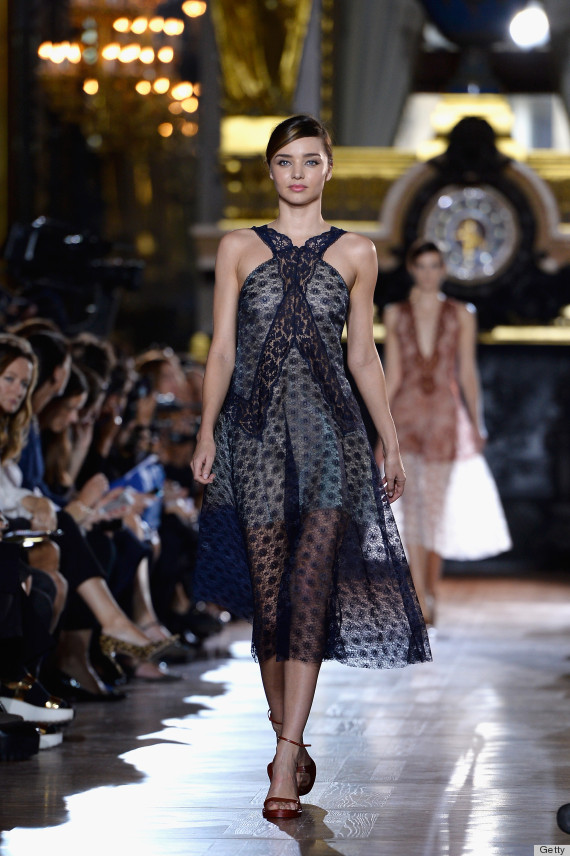 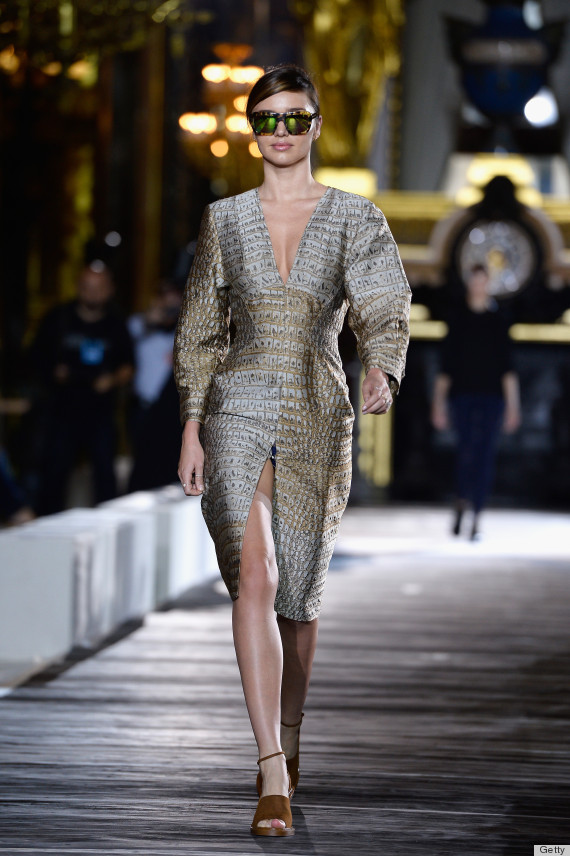 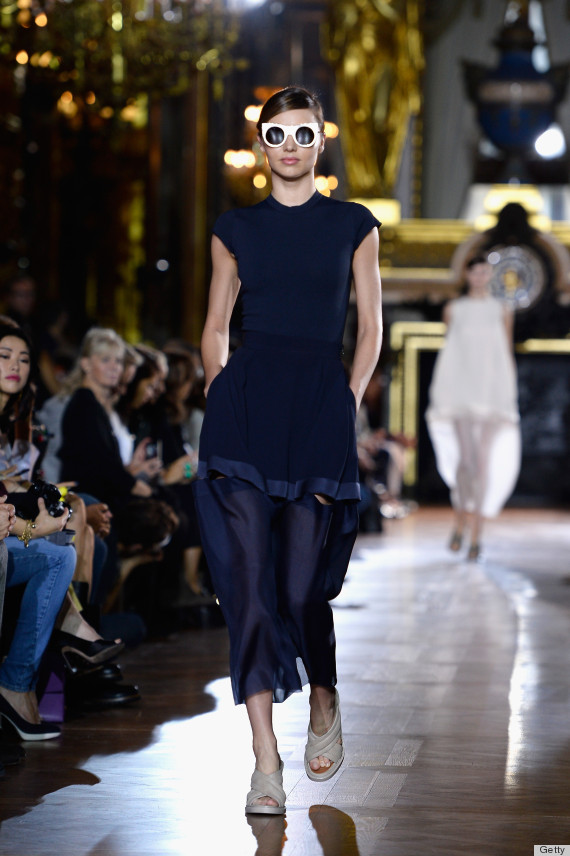 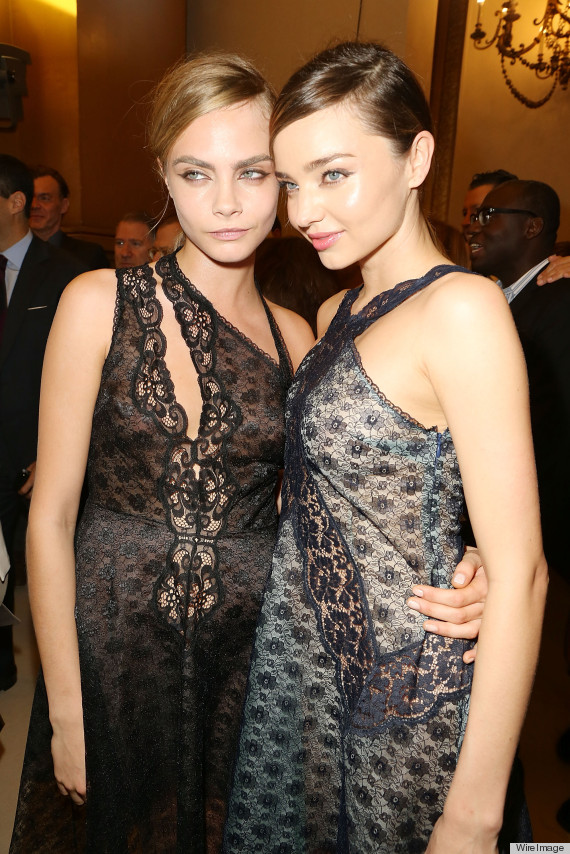