Miranda Lambert looked all sorts of beautiful as she walked the red carpet at the 2015 CMA Awards at the Bridgestone Arena in Nashville Wednesday night.

The singer, who recently split from her country star husband Blake Shelton after four years of marriage, rocked a skintight black Versace gown and pink highlights in her blond hair.

Lambert won the CMA for Female Vocalist of the Year and was up for other awards, including Entertainer of the Year (she faced off against four men in this category) and Music Video of the Year for "Little Red Wagon."

It was just confirmed that Shelton, who is nominated for Male Vocalist of the Year, is dating his fellow "Voice" coach, Gwen Stefani. But you know what? The always stunning Lambert looks over all that. 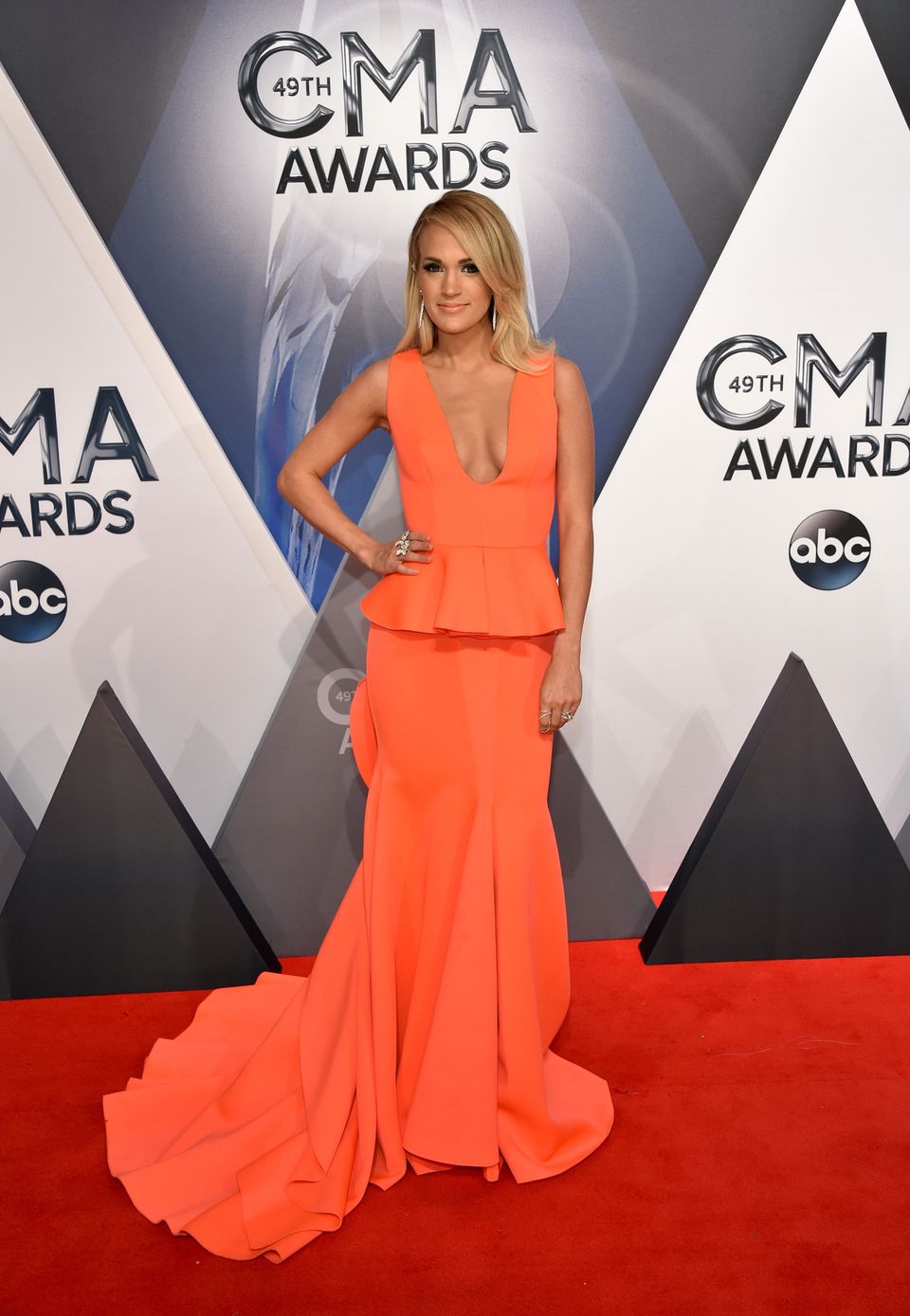