Miri Regev, a member of the Israeli parliament from the right-wing Likud Party, told protesters during a public demonstration on Wednesday that Sudanese refugees in the country "were a cancer in our body."

The protests in Tel Aviv's Hatikva neighborhood included about 1,000 demonstrators urging the government to expel Sudanese refugees from Israel. According to news reports, the crowd chanted slogans such as "infiltrators get out of our home," and the scene turned violent as "demonstrators attacked African passersby while others lit garbage cans on fire and smashed car windows." Seventeen protesters were arrested.

JPost reports Regev expressed no regrets on Thursday for the violence, telling Israel's Army Radio, "After what I see everyday and what I saw yesterday, I understand the anger."

The Israeli government estimates as many as 3,000 refugees from South Sudan may live in Israel. The refugees' ability to remain there seems tenuous: the government announced in February that refugees would have to return to Sudan by March, and the Foreign Ministry has ruled that Israel would not violate international law by deporting them. Interior Minister Eli Yishai also charged last week that most African refugees in Israeli are criminals and should be jailed until deportation.

The Israeli government currently is barred from deporting refugees until the Jerusalem District Court rules on petitions from five humans rights groups hoping to make the ban permanent. But Ha'aretz reported that Israel's Attorney General, Yehuda Weinstein, will attempt to lift the ban next week by arguing that the Sudanese migrants no longer face threats in their home country. 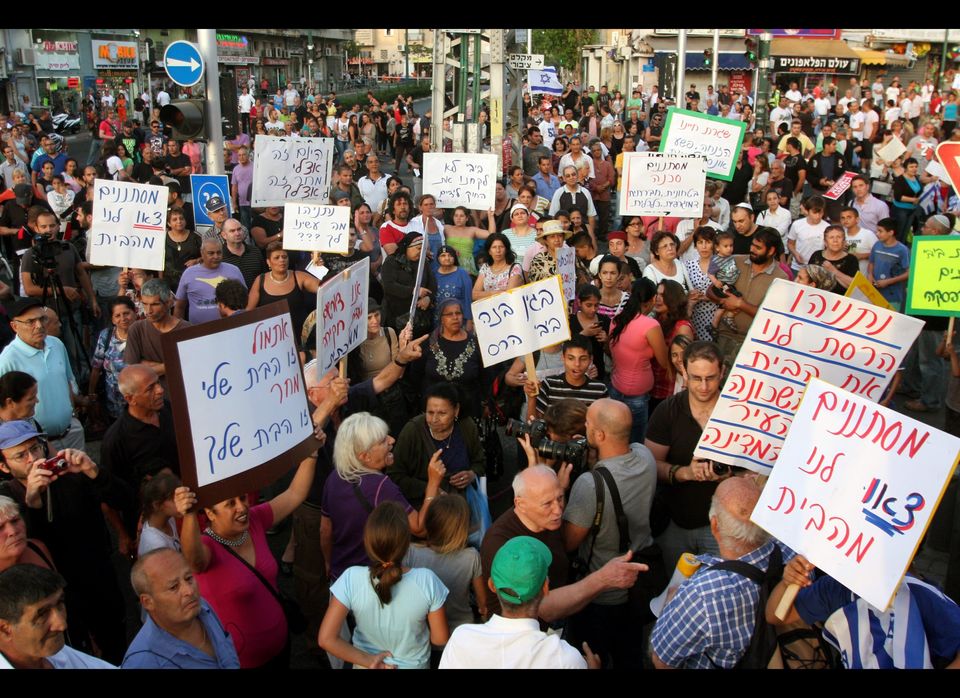 1 / 7
Hundreds of people demonstrate in the impoverished Hatikva neighborhood of the southern Mediterranean city of Tel Aviv on May 23, 2012 to protest against the sizeable community of African immigrants. (RONI SCHUTZER/AFP/GettyImages)
Getty