It's been more than three years, but there are still flashes that remind me of that day -- a song or a word or the way the light falls in a room just so.

Tonight, it's words that send me back to a bright white room where a baby, my baby, died.

"You give and take away," these are words that hold sorrow in their hands.

I know what it's like to stand at the end and wish it was The End.

I know what it's like to die in the places no one can see.

And it doesn't matter if she was 12 weeks in a womb or 12 years breathing the air of the world, losing a child all hurts the same. 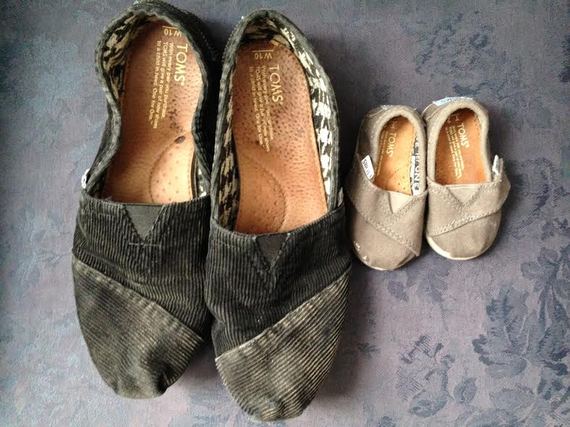 It was a Friday. It was a routine doctor's appointment on a sunny summer day. It was the "we made it safely" day, according to all the pregnancy books.

There was only a blank screen where a heartbeat had been, where it was supposed to be now, today, because this was the safe day.

They cleaned her from the parts of me that wouldn't let her go and then wheeled me out of the same place I'd carried three babies in my arms. Except this time, someone else carried her out in a lab jar and those hallways turned ugly and the smooth ride hurt and the whole world went dark.

My husband held me all night, and I woke with a pillow soaked with tears I don't even remember crying, and all her brothers were knocking on the door because life doesn't care about a whole world ending. It just goes on.

After the first appointment, where her heartbeat showed strong on a screen, we let ourselves settle into the reality of one more.

We talked about where she would sit in our car and where she would sleep and what kind of room she would have. I picked out the colors I would use to crochet her blanket. I marked the material I'd use for her bibs and dresses and bows.

She was a person, already living in our home.

This is how it happens. We imagine who they will be and how they will fit into our families and whose nose and eyes and hair they will wear.

And then they are gone, and they will never sit in our car or sleep in that bed or look at the walls of that room we decorated with them in mind.

There is a hole where they used to be, and even though our uterus will shrink again and the blood will taper off and our body will forget it ever carried new life within, we will never forget.

We fly right off the edge in the losing, and it takes time to climb back up.

We don't talk about it much, we who have been through the horror of losing a baby we never met, but there are many of us out here, spinning to the floor or trying to lift our heads or finally walking out the other side of that crack in a world.

I want to tell you that it's OK to feel sad and crushed and sick, sick, sick that your baby is the one who slipped away when there are all those others who aren't wanted or needed or loved and they lived.

It's OK to grieve.

I want to tell you to take as long as you need to get over this loss, even when "they're" telling you you're taking too long and it was only a miscarriage and at least it didn't happen later when it would have been harder to say goodbye.

"They" usually haven't been through one and don't understand that there is no harder goodbye. There is only hard goodbye.

So grieve. Rage. Cry until your stomach hurts and your eyes feel like they're burning away and you can't even make another sound.

It's hard to see from these days and weeks and months after losing that there is another side to this dark, that one day you will mend this crack in your world and you will run your fingers over that scar and feel stronger and more alive because of it.

But for now, let the world crack right open. Let the light go out. Fumble around in the darkness until your eyes adjust and you see the flicker of a candle glowing in a corner, waiting for another day.

And then, only when you feel ready, crawl toward that day, because it is still waiting. Let love walk you right back out.

Stay down as long as you need, as long as it takes. And then lift that weary head, so much stronger than you knew, and overcome.

The tiny ones we've lost are remembered here, too, in the overcoming.