A vagina, while typically thought of as an organ used for reproduction or sexual activity, has many uses, as is evident by the studious criminals often profiled on The Huffington Post. We have covered everything from the hiding of knives and marijuana pipes, to an innovative 27-year-old woman who allegedly stashed more than 100 items -- including 54 bags of heroin and loose change -- in her vagina.

So while the act itself comes of little surprise, the items female criminals will hide in their lady bits still tends to raise an eyebrow or two at the HuffPost Crime desk. Case in point: Mischelle Lindy Salzgeber, a 20-year-old woman from Dade City, Fla.

According to police in New Port Richey, Salzgeber, who is on probation for dealing in stolen property, attempted to thwart a drug test using someone else's urine.

Salzgeber's alleged crime may not be unique, but her technique is certainly interesting.

Authorities suspected something was amiss when they conducted a body scan of Salzgeber. The X-ray scan revealed Salzgeber had what appeared to be a pill bottle hidden deep inside her vagina.

Questioned by police, Salzgeber allegedly said the item was actually a small vodka bottle. The young woman said the bottle, which was empty, had contained another person's urine and that she had tried to use it to pass a drug test at the probation office, police said.

Unbeknownst to Salzgeber, the urine that she allegedly used in place of her own was found to be dirty. The failed drug test led to Salzgeber's arrest.

Salzgeber was arrested on a felony probation violation. She is being held without bond at the Land O' Lakes Detention Center. 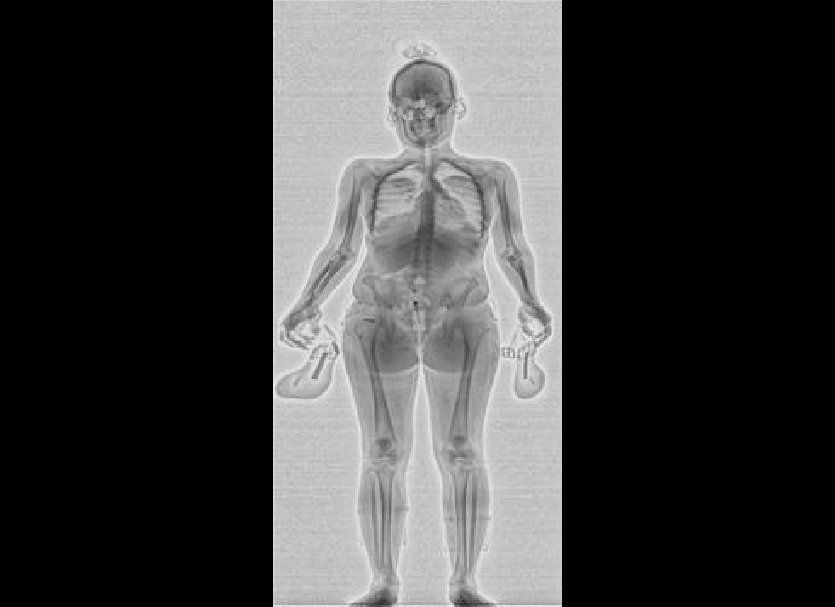