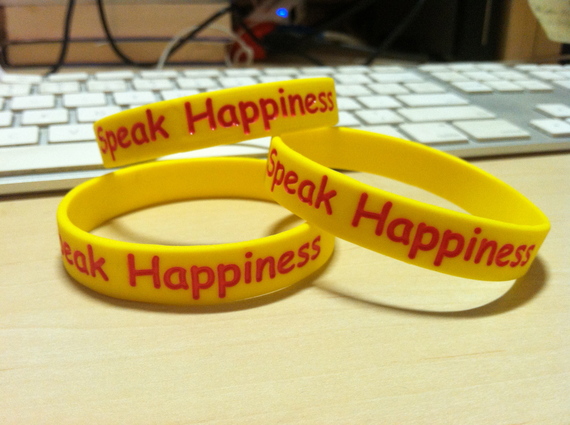 One of my consulting clients, a large non-profit corporation, asked me to attend their planning retreat to prepare for a major capital improvement project at their main facility.

I sat there as one leader after another -- division heads, managers, program directors and others -- reported on what would be their concerns during the transition. Everyone talked about the "families" (the people they serve), volunteers, parking, access routes, program disruptions, noise, dust and various construction-related problems. One executive was even worried about keeping the board of directors happy, even though they launched the initiative in the first place.

Not a single person -- not one -- mentioned the effect all of this might have on their 300 employees. No one thought about the people who were going to be on the front lines dealing with the aggrieved families and aggravated volunteers, and whose parking lot was being moved far offsite so that visitors would not be displaced.

When I pointed out that they had ignored the happiness of their staff as a critical component to getting through this successfully, several claimed that they assumed that would be part of any plan we devised, however others admitted to having never considered it. The Executive Director confessed that beyond scheduling and parking, he hadn't contemplated the happiness of his employees as a factor in the project, but quickly realized the flaw in that thinking.* Losing any staff member costs time and money, particularly those who are already trained to administer their programs, so how could they ask those people to take on the added stress of 12-18 months of upheaval without even acknowledging what a huge ask that is?

There was an exchange on the television show Mad Men between Don Draper and Peggy Olson in which he explains that her job is to give him ideas in exchange for money, but when she asks to be thanked now and then, he roars, "That's what the money's for!" To many, this is the ultimate employee handbook: Do your job and be grateful to get a check at the end of the week, or as Don says to Peggy, "You should be thanking me every morning when you wake up, along with Jesus, for giving you another day."

However, smart companies realize that they aren't "doing their workers a favor" by giving them a job. It's a two-way street, and having happy employees is better for everyone, particularly the employer. Gallup's State of the American Workplace report quantifies the costs of employee dissatisfaction across an array of factors, and concludes that active disengagement among employees is costing U.S. employers an estimated $450 to $550 billion annually. Yes, billion -- with a B.

Considering the U.S. workforce has roughly 144 million workers, this works out to an average of $3,500 lost per worker, per year. Of course, for below-average companies this number is much higher, and how many employers can honestly say their workplace is above average when it comes to employee happiness? How many companies with 100 employees can really spare the $350,000 it may be costing to ignore their well-being?

People who are unhappy in the workplace cost companies in a myriad of ways, many unforeseen. Research shows that disgruntled, disengaged employees are more likely to call in sick, quit without notice, give poor customer service, waste time, engage in workplace bullying or violence, file workers compensation claims, be injured on the job, cause injury to others, steal, and be far less productive, creative and committed than their fully-engaged counterparts.

A number of companies are making strides towards fixing this by implementing corporate culture initiatives and hiring Chief Happiness Officers, but more need to come on board, if only to improve their own bottom lines (as well as their performance in the stock market). Even small efforts can make an enormous difference.

When I was practicing law, my department was hemorrhaging attorneys due to a variety of market conditions combined with a Darwinian firm culture. Morale was at an all-time low, and I asked our group leader for a small budget to have long-sleeved T-shirts made for all of us with the firm logo and our practice group's name over the pocket -- simple and clean, one for everyone in our department. The day they arrived, most attorneys threw them in a drawer, with barely a nod, but something interesting (and to me, quite unexpected) happened among the assistants. They were thrilled to get the shirts. They were beyond thrilled. I couldn't figure it out, until one older secretary -- a 38-year veteran of the firm -- came into my office, tears in her eyes, and said, "No one ever thinks of us as part of the team, too."

It is so easy to recognize someone as being an integral part of the team, and yet we often fail to do so. UC Riverside professor, Sonja Lyubomirsky, studies happiness in the workplace and has concluded that employees who gain a sense of accomplishment in their work and receive acknowledgment for it are far happier. In other words, give someone a task to do, and the freedom to do it, then acknowledge its successful completion, and you will have an employee who feels fulfilled and engaged, and who wants to come back tomorrow and exceed expectations.

So what of my non-profit client and their impending chaos? Among other solutions, I created a game for them, which will give every negative exchange a silver lining:

Once construction starts, whenever an employee on any level, all the way up to the executive director, has a difficult interaction with one of their constituents as a result of the project, and manages to stay professional and give good service in response, that employee gets to place a check mark on a bulletin board in an area of the building that is not open to the public. It's all on the honor system, as it should be. If a supervisor observes a particularly exemplary encounter, they can add a check mark of their own as a thank you. The board of directors has agreed to fund each check mark with a dime, and on the one-year anniversary of breaking ground, the facility will close for one day for the employees to have a huge party, funded by their own patience, kindness and happiness, and the gratitude of their employer.

If that seems incredibly trivial, please know that this game is the thing that has everyone most excited. The employees know they are going to be challenged, but also that their managers and executives will have their backs, and they are prepared to live up to the standards they will be held to.

All it takes is a little thought, effort and commitment, and any workplace can reduce costs, increase productivity and maximize profits by making happiness a priority.

* Permission was granted in advance of publication to use these facts in this article, with the condition that the client not be named. For this reason, one change in terminology was made. All other facts are consistent.

Valerie Alexander is an author, speaker and coach, who loves working with companies to find easy, creative solutions to improve worker well-being. Her book, Happiness as a Second Language, is a #1 Seller on Amazon in both the Happiness and Self-Help categories, and she can be reached through her website, SpeakHappiness.com.