In the year since President Barack Obama voiced his support for same-sex marriage on May 9, 2012, the mainstream "LGBT movement" has gained an immense amount of traction, visibility and support within the realm of public consciousness. However, few of these political and social gains can be said to benefit changing public perception surrounding institutionalized and systematic marginalization of transgender people, as continually evidenced through events such as the media's coverage of the deaths ofCemia Acoff andLucy Meadows.

Indeed, our culture does seems to be on the path to recognition that gender is largely socialized from a young age rather than an immutable characteristic of an individual tied to physical anatomy. However, as gay- and lesbian-identifying activists continually cite political and social gains, such as marriage equality and Boy Scout inclusion, as representative of progress for all queer experiences, individuals indentifying as trans are only being further marginalized and ostracized outside the battle for "LGBT rights."

The reality of what it means to be a trans individual and the violence, not merely physical, that accompanies the lived experience of this identity signifier can be hard to comprehend within the boundaries of mainstream cultural intelligibility. Even within the queer community itself, there are often misconceptions about trans identity, and even blatant transphobia, particularly when activists attempt to claim a sense of ownership over the mainstream "LGBT movement." Furthermore, attempts to understand trans identity within an exclusive binary structure of "male-to-female" and "female-to-male" serves merely to erase the vast plethora of identities, experiences and ways of being and knowing that we tend to linguistically lump together under the signifier "transgender." Within this, we must recognize how limited understandings of the ways in which individuals "transcend gender" allows language itself to become regulatory unto our ability to talk about and comprehend human diversity.

In an effort to articulate this reality outside a theoretical lens, I asked my friend and college peer Janke Seltsam to share their recent experiences while traveling the country performing their musical project Romantic Animal in various cities, spaces and regions. With the knowledge that Janke identifies as trans and has experienced violence in multiple forms in response to this identification, I felt that their travels throughout this timeframe would in some way speak to issues for trans individuals during this crucial time for the queer community. In addition, I felt that the looks, words and actions of individuals whom Janke encountered throughout their tour would help illuminate many of the driving forces behind a transphobic mentality, both within the larger social world and the queer community itself.

Prior to discussing the trajectory of their tour, Janke wished to frame the conversation within an awareness that these events represent the experiences of one young, white, able-bodied trans individual, and that their intention is in no way to make claims about trans acceptance overall. Janke also noted that these experiences took place specifically within the music world, which they believe "is more liberal and accepting than typical day-to-day living on the street. Likewise, being a musician does provide you with a strange protection, where your musical identity allows you to play a role and cover your real self."

The Issue of Misidentification

Janke spent the entirety of their tour with close friend Amelia Jackie, whose musical project is titled The Molasses Gospel, traveling from coast to coast. Much of what Janke encountered in terms of transphobia throughout the course of this time took the form of consistent misgendering and misidentification by the people they came in contact with. Janke explained:

Tour became intensely psychologically traumatizing for me as a trans person. In fact, my friend Amelia even offered to cancel the whole tour and send me home once we got to Texas, because I was having such a hard time. This is because not only was I being misgendered, but it was constantly happening, night after night.

The act of misgendering is something intensely personal and devastating unto trans individuals, who face constant societal pressure to "pass" within the framework of a male/female binary. Much of this can be understood through the reality that trans bodies and experiences often fall outside our ability to talk about them, as language itself is gendered and we assume that all individuals, even those identifying as trans, must fit into a dichotomous category. Based on a narrow and limited understating of "transgender," societal norms tend to dictate that "passing" as male- or female-bodied validates success as a trans person, even if "passing" has nothing to do with the experience of being trans for a given individual.

Janke personally doesn't believe in or acknowledge a given "endpoint" in their transition where they achieve some wholeness of male identity, as they recognize the socially constructed nature of masculinity and femininity:

The bigger issue for me [throughout the tour] was that people assume gender altogether. They look and pinpoint characteristics of the body and mentally compartmentalize what they see into a category. When they cannot put a body into a category, this is when they become violent, angry, dismissive or just plain fearful. I do not believe our culture can ever be more accepting of trans people if they are going to keep identifying bodies within a binary. Who determines what passes? If you don't pass, are you just a girl who has "penis envy"? Are you just a boy with makeup? The idea of passing reinforces the gender binary as a whole and forces a hypersexualization on bodies in order to avoid violence or disgrace.

Within the fluidity of the music scene where a performer continually encounters new groups of people in new locations on a daily basis, Janke cited the acts of misgendering and misidentification as especially traumatic throughout the trajectory of the tour:

When someone calls me by female pronouns, it really unravels all the daily work (mentally, physically and emotionally) that I have done for years in order to find a gender that feels comfortable to me. I do not see anything wrong with being a woman or feminine (if anything, I often wish I could identify as this because it would be easier in some ways), but I simply do not feel like a female-bodied person. I can hardly remember a moment in my life when I did.

As a queer-identifying individual, perhaps one the of the most devastating realizations reinforced through this interview with Janke is not only the misgendering that occurs within the queer community itself but the blatant disregard that many gay- and lesbian-identifying people have for the effect of this linguistic branding on people identifying as transgender. Said Janke:

Queer communities usually boast of their acceptance of trans people (as well as other minorities), and it is so frustrating to realize that such spaces are not actually safe (and that the concept of a "safe space" is in fact nonexistent). I would say the hardest place for me personally was in Oakland, where I was so hopeful that people would at least be sensitive and not assume that I was a woman. Queer spaces need to recognize that they operate within the bounds of essentialism, and that not all trans people follow some laid-out, cookie-cutter narrative. The main issue is that people must stop assuming what is between someone's legs depending on their psychical appearance, no matter how they personally identify.

Outside the music scence, this reality of often-unintended violence against trans individuals by other queer people takes place literally all the time. When I have conversations about trans issues with other queer people, individuals typically seem to still have this underlying need to place the trans body into a category in order to "know" how to feel about them, even if they recognize this social compartmentalization as an act of violence that plagued gay- and lesbian-identifying individuals up until very recently. There is a thin line between questioning for the purposes of education and questioning for more self-focused reasons. In a completely different way from misgendering an individual by means of assumption, this act of questioning can quickly become an act of violence onto the trans individual: What are you? What does that mean? How do I know how to feel about you if I don't know "what you are"? The reality is that none of this should matter, and that there should be absolutely no place for this type of linguistic violence within the queer community.

Until queer people make an adamant effort to mentally push themselves past the act of categorization and identity branding in order to "know about" other bodies and experiences, we will not stop unintentionally reproducing linguistic violence against trans individuals. It is OK not to know how someone identifies. Self-identification is an extremely personal and fragile part of being human, and knowledge about this part of someone else is in no way entitled, despite what our culture tries to tell us. However, changing attitudes does begin with education, and it is beyond important that queer individuals approach having these conversations about what it means to be trans within the appropriate framework, making an effort to use the appropriate discourse.

I will admit ... that dialogue about trans issues is increasing, and that is essential. I do believe that conversations and education on trans matters can greatly affect attitudes towards gender variance and create a better understanding that can surpass tolerance and lead to actual acceptance. However, we live in a society that is founded upon oppression, and to enact movements that would end such oppression (i.e., transphobia, racism, classism, sexism) would mean dismantling our society as a whole. Maybe that sounds bleak, but maybe that's why I make such bleak music.

If you are interested in hearing Janke's musical project Romantic Animal, you can visit their SoundCloud page, soundcloud.com/romanticanimal. 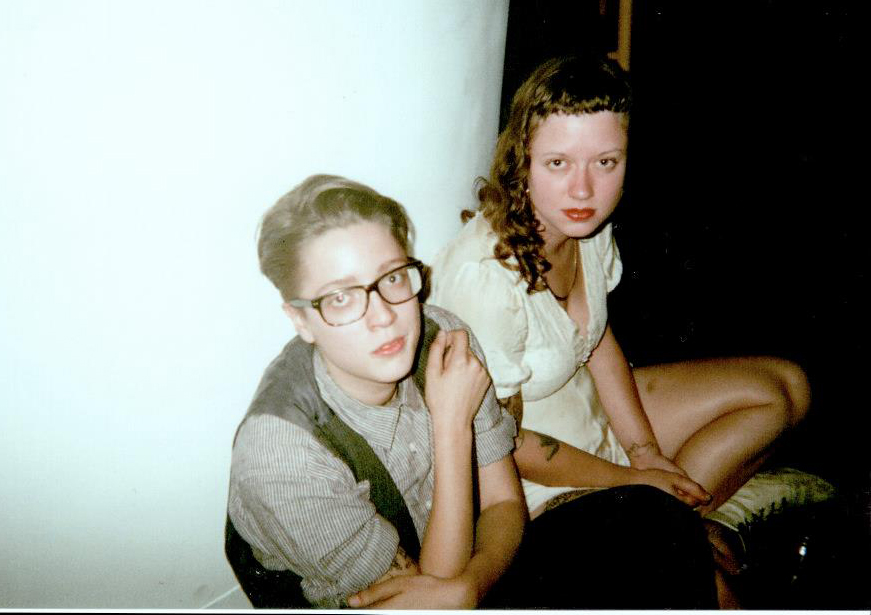